Ajax are facing a fourth UEFA punishment this season for fan misconduct at Champions League games.

UEFA says Ajax have been charged with fans throwing objects and ‘acts of damage’ at Real Madrid’s Santiago Bernabeu Stadium in a 4-1 victory last week.

UEFA’s disciplinary panel will judge the case on March 28, ahead of the quarterfinals.

Ajax’s players celebrate after their win at Real Madrid, but the club have been charged by UEFA 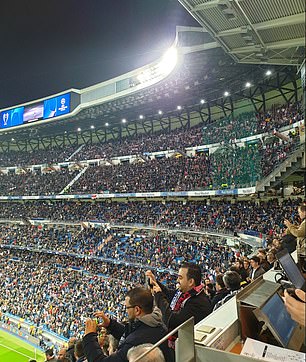 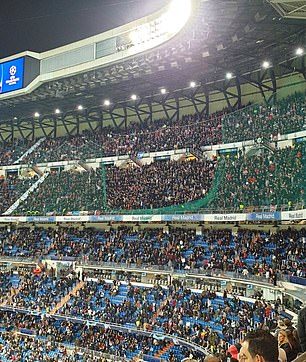 Ajax have been ordered to pay a total of €77,000 (£66,600) for crowd disturbances and other incidents at three games earlier in the competition.

After a group game at Benfica, UEFA put Ajax on probation for one year with a threat to ban selling tickets to fans for an away game.

In the tie at the Bernabeu, Ajax overturned a first-leg deficit to win 4-1 and knock Champions League holders Real Madrid out of the competition on home turf.