UEFA have closed their disciplinary case into ‘monkey chants’ made by Roma fans during their Champions League game against Chelsea.

European football’s governing body had charged the Italian club after abuse was allegedly aimed at their former defender Antonio Rudiger from the away end.

Rudiger, who left Roma for Chelsea in a £29million summer move, was a 77th minute substitute in the tie.

The game ended 3-3 at Stamford Bridge and UEFA announced they were investigating reports of racist behaviour on October 20.

Before leaving Roma, Rudiger had said racism was a ‘serious issue’ in Italy.

He had played for the Serie A club for two seasons, making 56 league appearances.

Since joining Chelsea he has started 11 games in all competitions, including eight in the Premier League. 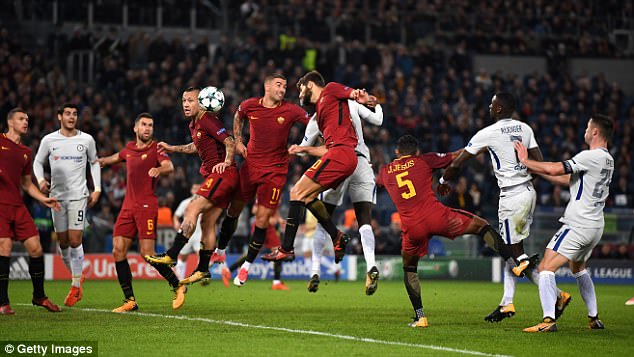