‘The only thing I could think to do was call the President’: UFC boss Dana White calls on support of Donald Trump in urging Iranian government to spare wrestler Navid Afkari from EXECUTION after being found guilty for role in 2018 peaceful protests

UFC boss Dana White has revealed he enlisted the help of United States President Donald Trump to try and get an execution sentence given to wrestler Navid Afkari overturned by the Iranian government.

Afkari, 27, has been sentenced to death and his two brothers sentenced to a combined 81 years in prison for protesting against their government back in August 2018.

Authorities in Iran say Afkari was sentenced to death for the death of Hassan Torkaman, a water supply company employee in the city of Shiraz, but the family of the wrestler have since stated a confession was garnered from torture.

Mizanonline, the website for Iran’s judiciary, reportedly denied the wrestler was tortured ahead of his sentencing, according to AP. 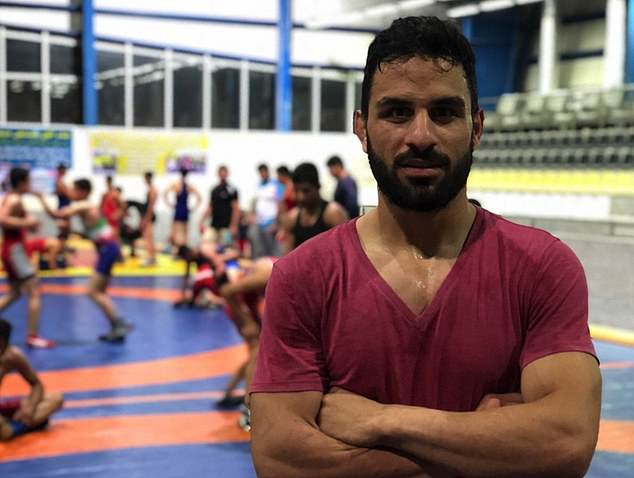 TMZ reported that the Islamic Republic of Iran’s Supreme Court handed two death sentences. With no date yet scheduled for an execution, White is using his connections in the White House in a bid to try and save Afkari’s life.

Speaking in a video on his social media pages on Thursday, White said: ‘Hey everybody I am UFC President Dana White. The New York Times wrote a story this week about a famous wrestler from Iran called Navid Afkari. He went to a peaceful protest in Iran and he’s going to be executed for that.

‘So, it was brought to my attention and, for one this guy first of all is a human being, and two, he’s one of us. He could be any of my fighters.

‘The only thing I could think to do was to call the President and see if he could help this man. He said “let us look into it,  let me talk to my administration and see if there is something we can to do save his life”.

‘Today the President tweeted the tweet attached to this video and I would like to say I too respectfully and humbly ask the government officials in Iran to not execute this man and spare his life.’

White’s intervention managed to cause a wave with President Trump as he took to Twitter to call on officials in Iran to ‘spare this young man’s life’ by reversing the verdict.

He called on the ‘leaders of Iran’ to ‘spare this young man’s life, and not execute him’

In a series of tweets posted on Thursday, President Trump said: ‘Hearing that Iran is looking to execute a great and popular wrestling star, 27-year-old Navid Afkarai, whose sole act was an anti-government demonstration on the streets.

‘They were protesting the ‘country’s worsening economic situation and inflation’…

‘…To the leaders of Iran, I would greatly appreciate if you would spare this young man’s life, and not execute him. Thank you! @UFC @DanaWhite @FoxNews’ 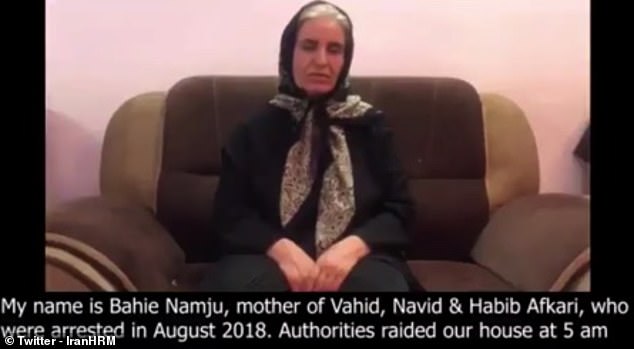 Along with his two brothers, Afkari faced more than 20 charges, including ‘attending illegal gatherings, assembly and conspiracy to commit crimes against national security and insulting the supreme leader’.

Bahie Namju, the mother of the three men found guilty, put out her own video pleading for help to save her sons.

‘I’m desperately asking for help from anyone who can hear my voice,’ Namju said.