‘Some dude was stealing a TV, she beat his ass and got fired… I brought her out to Las Vegas and she is now a UFC employee’: Dana White hires hero security guard who was ‘horribly’ sacked for stopping shoplifter

Dana White has hired a former Best Buy employee who was ‘horribly’ sacked adter thwarting an alleged shoplifter in Hawaii.

Security footage that went viral showed Summer Tapasa, 24, battling a man trying to leave the store in Aiea with a television, using her forearms to block the exit and wrestling the man to the ground before he left empty handed.

Earlier this year, the clip caught the eye of UFC president White, 51, who flew the security guard to Las Vegas to watch Conor McGregor beat Donald Cerrone at UFC 246.

White had expressed his intentions to get Summer on board at the UFC, and he has now announced that the hero security guard has joined the promotion’s security team.

‘Do you remember the girl, Summer, that worked for Best Buy as security in Hawaii?’ he said in a clip on Twitter.

‘Somebody was stealing a TV, some dude, and she beat his ass and stopped him from stealing the TV, and she got fired from Best Buy which I thought was horrible.

‘So I brought her out to Vegas, I offered her a job here and she went back to Hawaii, she weighed up all her options and she decided to come work for the UFC, so she is now a UFC employee. 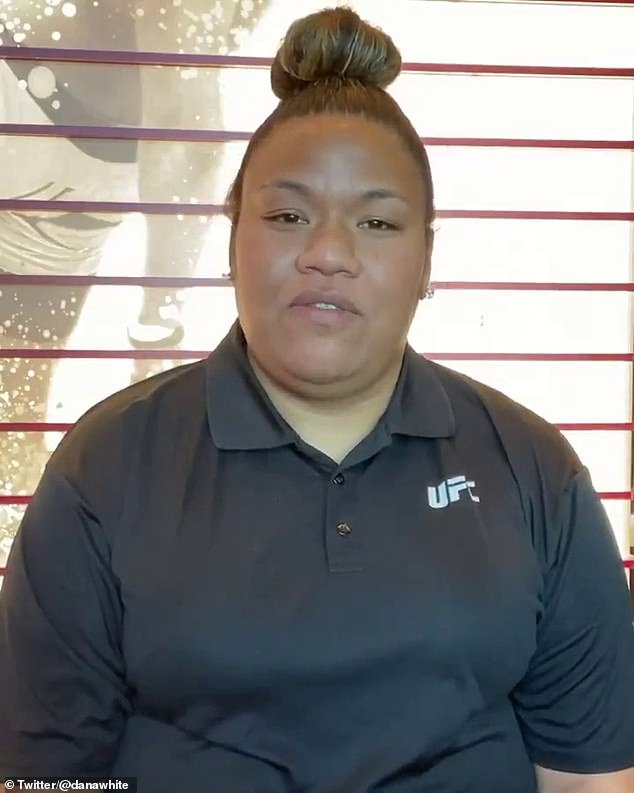 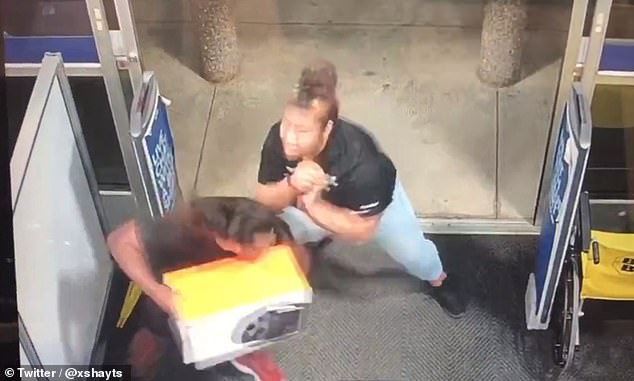 A viral video showed Tapasa stopping the thief at the Best Buy store in Waimulu, Hawaii 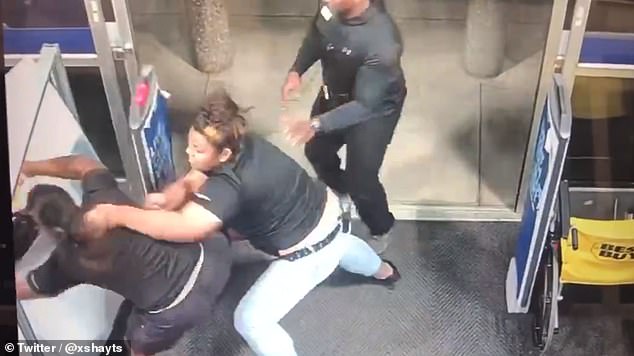 ‘So all you people thinking about f****** around over here at the UFC, you’ll get your ass whooped by Summer!’

The newly-hired security guard shared her thoughts on her new job, while posing outside the UFC headquarters in a company t-shirt.

‘My name is Summer Tapasa and I am a UFC corporate security officer. I’ve been working for the UFC for eight days. I’m looking forward to expanding my career and hopefully moving on up.’ 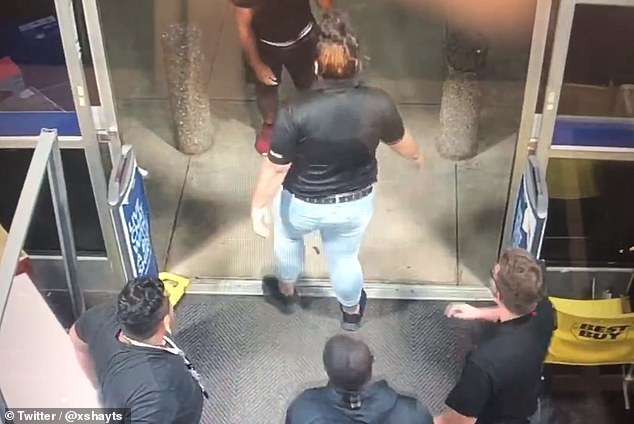 Footage from the original clip shows Tapasa taking a wide stance as she stands in front of the exit.

The thief – a male – can be seen charging at her with a box in his hand.

Tapasa repeatedly pushes the man away from the door, eventually getting him to crash into a nearby sign.

The two soon go flying out of the camera’s view, with another Best Buy employee falling on top of them to separate them.

‘I’ve been a big girl my entire life,’ she said in a post from earlier this year. ‘Yet, I would have never thought I’d be given the opportunities I’m getting now. I’ve been talked about my entire life. Yet, I still carry on.’