The most polite exchange in UFC history…. ‘Sorry Anthony, it’s part of the job’: Glover Teixeira apologises to light-heavyweight opponent while pummelling him DURING main event

UFC fighters are usually filled with animosity and aggression in the octagon but things took a bizarre, polite turn on Wednesday night.

With Glover Teixeira on Anthony Smith’s back and dominating him during the main event in Florida, the Brazilian apologised for inflicting damage.

He paused the beating for a moment and said: ‘Sorry Anthony, it’s part of the job.’

Glover Teixeira politely apologised for beating down on Anthony Smith… during their fight! ?? #UFCJax pic.twitter.com/catPf8V2TR 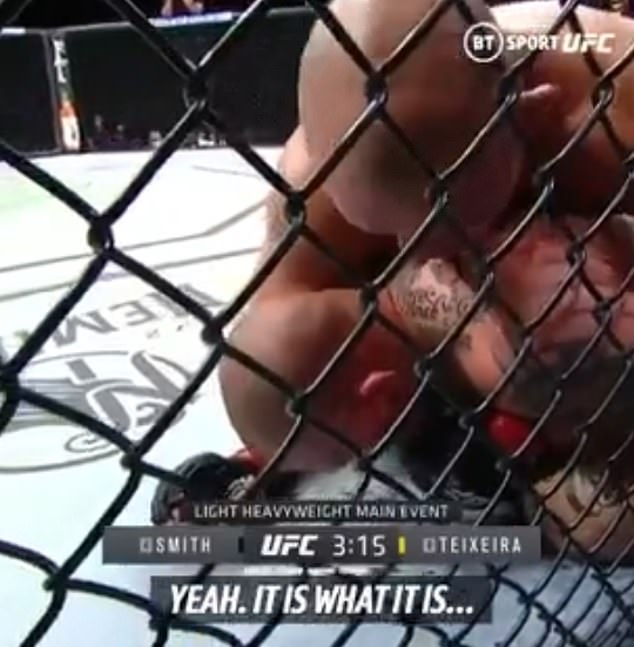 Smith either misheard or couldn’t believe what what going on, replying: ‘You what?’

He then realised that his light-heavyweight rival was apologising and accepted it, saying: ‘Yeah, it is what it is.’

It was a strange but touching moment of sportsmanship during the heat of battle between the two men.

Teixeira went on to finish the job, securing mount in the fifth round and forcing the referees intervention after landing repeated shots from on high. 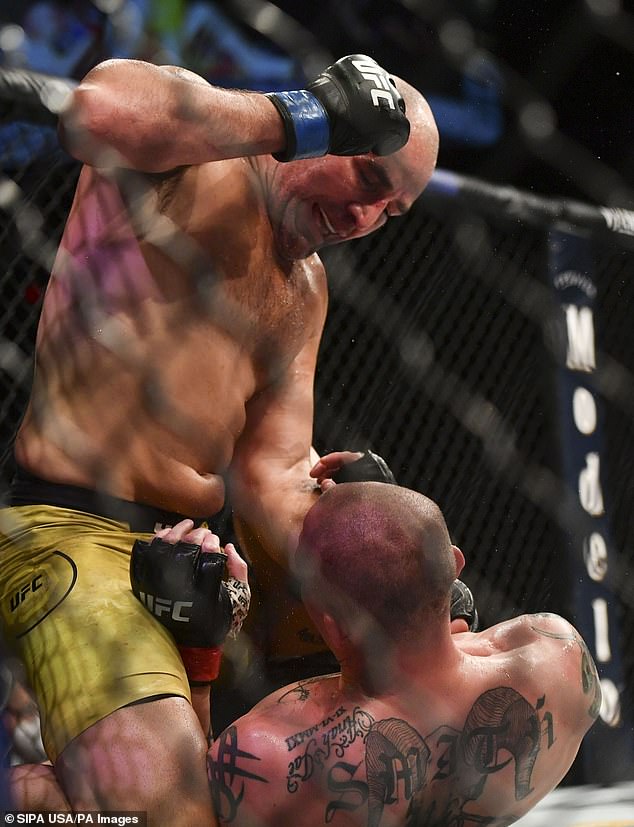 Smith lost his veneers, two actual teeth, fractured his eye socket and broke his nose in the fight.

UFC fighters occasionally touch gloves and high five between rounds but rarely if ever do they apologise for inflicting pain.

Khabib Nurmagomedov famously yelled towards Dana White to give him a title shot while beating up Michael Johnson on the mat and yelled: ‘Talk now, chicken’, to Conor McGregor while on top of him in the 2018 victory.

The UFC returned to action as the first major sport back during the coronavirus crisis on Saturday with UFC 249 and Wednesday’s Fight Night in Jacksonville is the second of three in the space of a week.

Teixeira vs Smith was the headline act and it delivered in terms of a spectacle and example of superb sportsmanship. 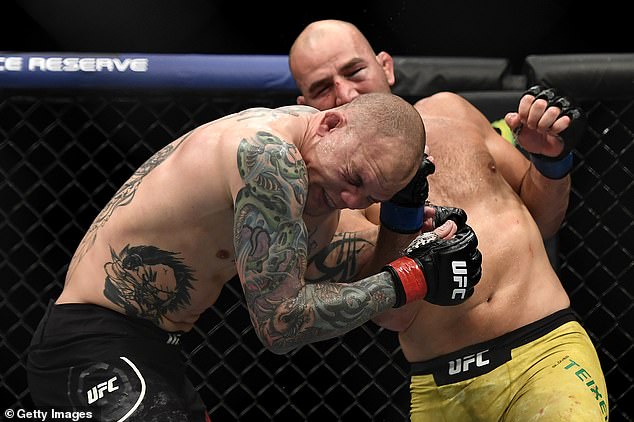