A bright, white UFO has been spotted over a remote part of northern Norway.

The aircraft was seen by stunned onlookers in Bardufoss on Thursday afternoon. A short while later, it was seen again in 80 miles away in Tromsø.

It lingered until after sunset then exploded neatly into two parts before disappearing into dust, according to witnesses.

Perplexed locals shared photographs and videos of the structure as it hovered above them near the town of Tromsø on Thursday night.

Tarquin Millington-Drake of Frontier Travels told DailyMail.com how he witnessed the spectacle.

‘We thought it was a chopper coming towards us – a  very bright light which came over the mountain and headed toward us – then it turned and went past us.

The bright shining light appeared suddenly above Bardufoss in Norway on Thursday afternoon as stunned onlookers watched. Above is the view of it from Wolf Lodge where a group of tourists mistook it for a chopper 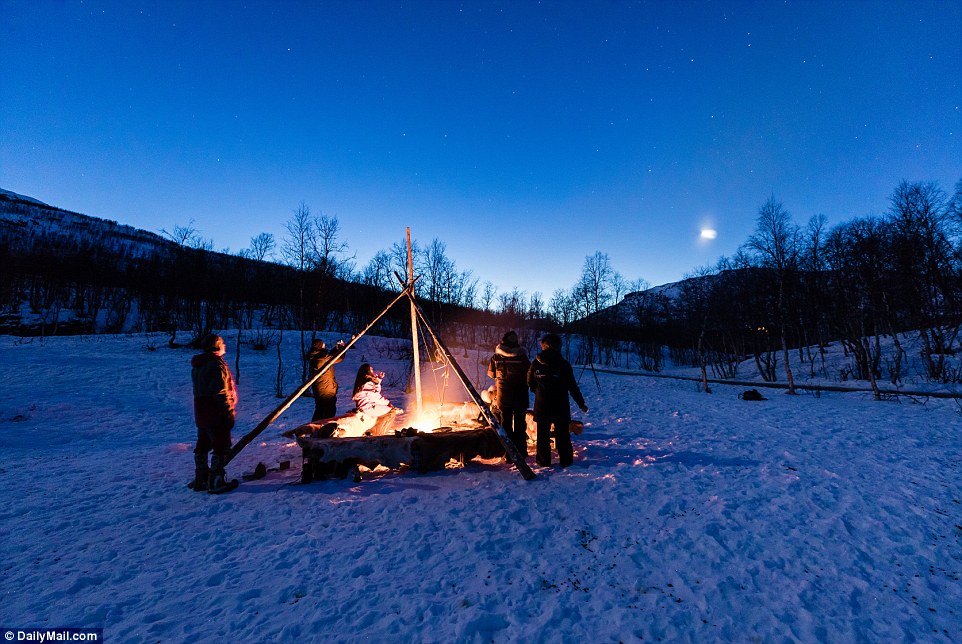 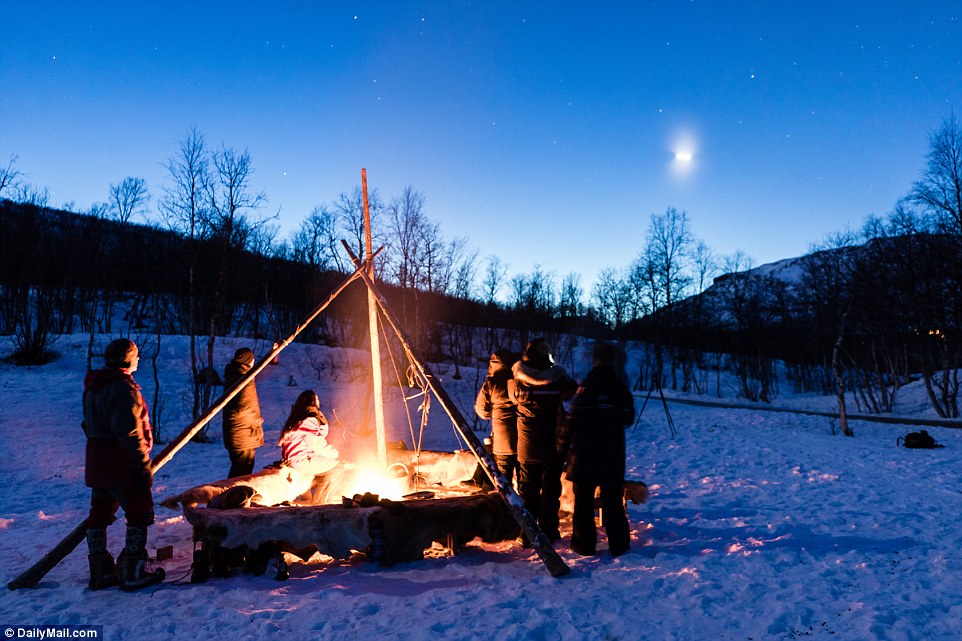 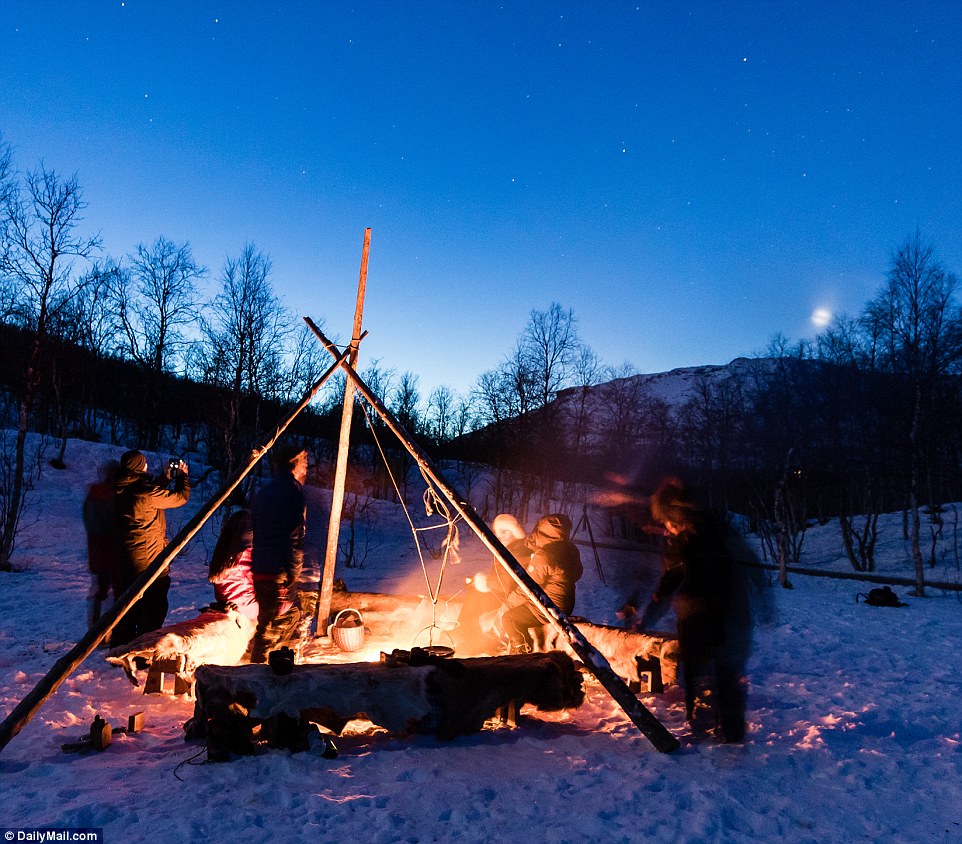 ‘Then it seemed to explode but the explosion was very uniform and symmetrical like two butterfly explosions either side of the light.

‘It then seemed to turn and go away but no longer as one bright light – just bright dust that faded,’ he said.

Mr. Millington-Drake watched it from the Wolf Lodge, a remote hideaway in Bardufoss where guests have up-close experiences with wolves.

He and other guests were gathered around a fire outside waiting for the northern lights when the UFO appeared.

Stunning photographs from the lodge show the group watching, stunned, as the UFO hovered above them, far outshining the stars.

‘We assumed it was some special event laid on but the luxury Wolf Lodge but when our hosts starting taking photos it became clear that was not the case.

‘It veered away from coming directly from us and just went across the valley.

‘By now we were all watching intently and then suddenly it seemed to explode with those butterfly shaped wings.

‘It slowed dramatically, now the bright light was more subdued and the light from the explosion joined to form an amoeba-like circle of light which then seemed to turn away from us and then slowly faded totally. 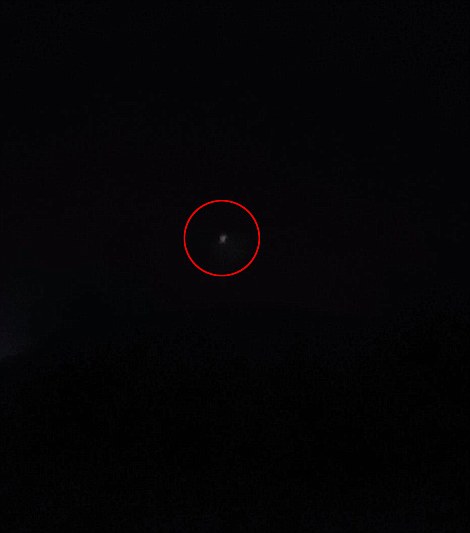 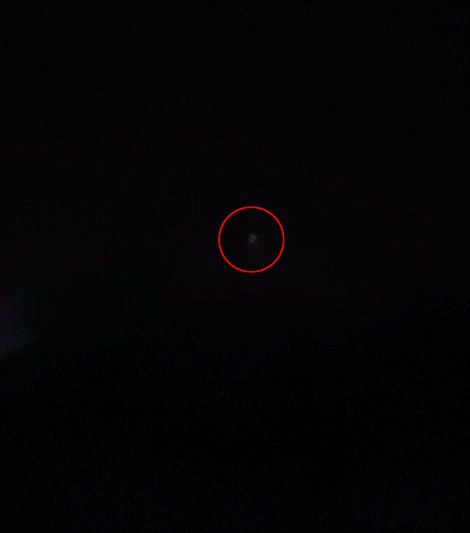 A video taken at the same site after dark captured the object as it faded, as described, from a bright light into what looked like dust

‘It seems nobody in Bardufoss knows what it was.

‘There is a big military base there but still no definitive theories from anyone.’

So far the only explanation for the sighting is that it could have been Paz, a radar imaging satellite which was launched on Thursday from Elon Musk’s Falcon 9.

Musk’s Tesla launched it on behalf of the Spanish Ministry of Defence. The satellite will orbit earth 15 times a day for five-and-a-half years taking photographs.

It was launched in California on Thursday along with two Musk’s StarLink, two prototype satellites whose later versions will beam broadband internet anywhere in the world.

SpaceX, Musk’s company which launched them, did not respond to DailyMail.com’s requests for comment about the Norway sighting on Friday. 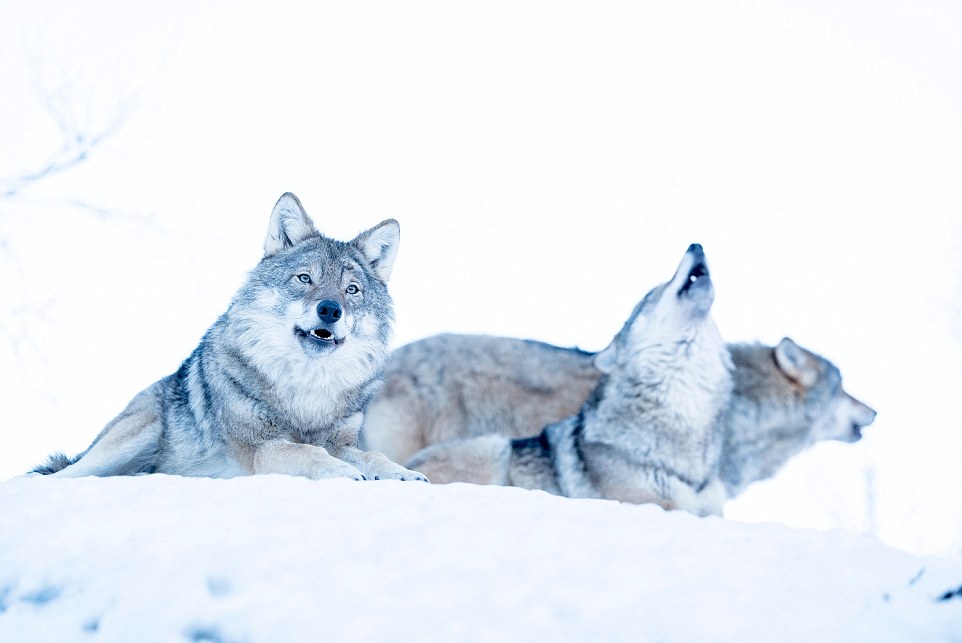 The first sighting was at the Wolf Lodge, a remote, private property in Bardufoss which is nestled within Polar Park, the northeasternmost wildlife park in Norway where guests can mingle with wolves