‘We can not take the sort of losses we have taken’: UK Athletics chief issues warning they could give up two Diamond League meets amid threat of losing lucrative TV deal with BBC

UK Athletics chief executive Joanna Coates has issued a stark warning that the cash-strapped organisation could give up its two Diamond League meets amid the threat of losing its lucrative television deal with the BBC.

The British Championships that concluded in Manchester on Saturday were the final event of a broadcast deal worth more than £2million a year.

While renegotiations are ongoing over a renewal and talks have started with alternative platforms, the revenue dip is expected to be sharp. Coates admitted that at least one of Britain’s two Diamond League events – the Anniversary Games at the London Stadium and the meet in Gateshead – could make way, saying: ‘We are looking at our event portfolio, and we have got to look at whether they financially make sense to us. And if they don’t, then we potentially might not have two.

‘I would like to think that we wouldn’t lose the Diamond League in this country but, again, it has to make commercial sense. We can not take the sort of losses we have taken on some of our major events. If we were to have one I would imagine it would be London because that’s where it makes commercial sense to have it.’

UKA put a positive sheen on staging their championships despite the challenges of the pandemic, but the desperately weak start-lists in Manchester were a glaring issue at a time when they needed to show the BBC what they can offer. The fact that Friday’s broadcast attracted 1.4million viewers will be a reminder to UKA of the reach they will lose if they fail to find a terrestrial platform. 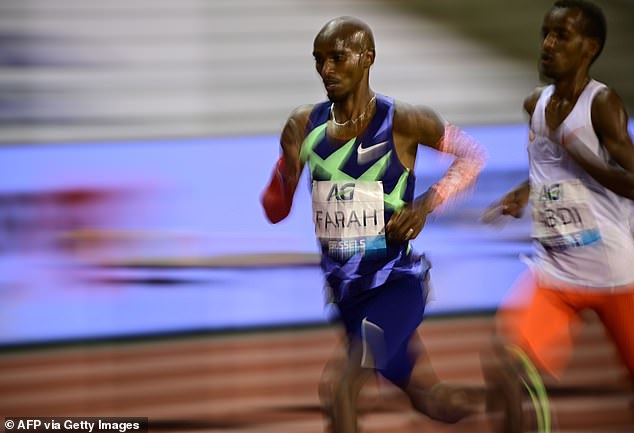 Coates said: ‘I’m not going to criticise athletes for the choice that they make because our whole new strategy is going to be about putting our athletes first. I understand they’ve had big pay cuts, where they haven’t been able to compete. I understand they’ve got obligations to sponsors and they need the money from competition. But of course it’s disappointing. We need strong viewing figures to take away from these champs so when we go into negotiation broadcasters know that this is a well-loved sport and a well-watched sport.’

On the track, the standout performance belonged to Daniel Rowden, who won the 800m in 1:45.94 – the fastest winning time at the British Championships since Curtis Robb in 1992. George Mills, the son of former England and Manchester City footballer Danny Mills, won the 1500m British title.