Workers at Britain’s most advanced steelworks are hoping against hope that owner Sanjeev Gupta can keep their site going as he battles to obtain funding after the collapse of lender Greensill Capital.

The future of the giant plant in Stocksbridge, in South Yorkshire – which makes specialist steel for use in aviation, aerospace, defence and medical products – hangs in the balance.

Clive Royston, a national executive committee member of steel workers’ trade union Community, and who has worked at the site since 1978, is clinging to the belief that the Indian-born businessman can save the plant.

Threat: The future of the Stocksbridge steel plant – which makes specialist steel for use in aviation, aerospace, defence and medical products – hangs in the balance

This month, Gupta declared none of Liberty’s plants would shut ‘under my watch’ though it remains unclear how he will replace finance from Greensill.

Royston, 59, a crane operator, believes Stocksbridge’s position as the UK’s only major producer of highly-specialist steel will help ensure its survival, saying: ‘It’s no good to anybody to lose it.

‘We recently marked 175 years and it’s an incredible history. The lads are proud to be steel workers.

‘At one time nearly everyone in Stocksbridge was at the steelworks and it’s still a major employer.’

He said that if Liberty were to go out of business, as well as the 2,900 workforce at its 12 UK sites, thousands more people in the supply chain and other businesses around the company’s sites could lose their jobs. You could be looking at 10,000 out of work,’ he added.

The Government ‘must be ready to intervene to protect our jobs and strategic steel assets,’ he said, adding that it is a ‘test of (its) commitment to industrial communities across the UK’.

As well as producing high-grade speciality steel for the likes of Rolls-Royce and Airbus, Stocksbridge benefits from the UK’s greenest electric arc furnace systems at its sister plant in Rotherham, powered by electricity rather than coal.

Scrutiny of tiny auditor who signed off accounts

The tiny firm that audits the accounts of dozens of Sanjeev Gupta’s firms is set to come under scrutiny as the crisis at the steel magnate’s empire escalates.

King & King, which signs off the accounts of around 60 Gupta businesses in the UK, is little known even in the accounting world. 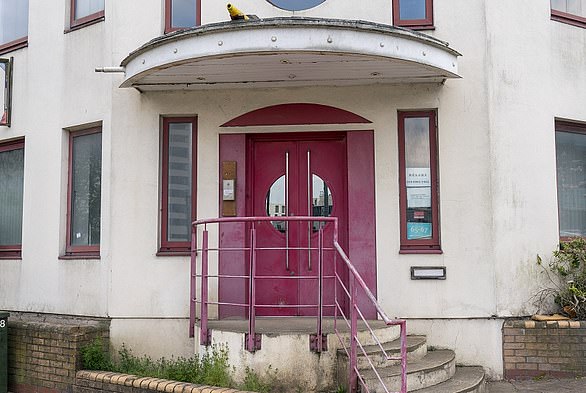 King & Kg, which signs off the accounts of around 60 Gupta businesses in the UK, has offices near Wembley Stadium (pictured, with a traffic cone on the roof above the door)

The two-partner firm has offices near Wembley Stadium and above a cosmetics shop on Regent Street.

It is led by Milan Patel, 58, a chartered accountant.

Parliament’s Business Committee has launched an inquiry into the crisis at Gupta’s Liberty Steel, part of his GFG Alliance empire.

Liberty has been on the brink since early March when the biggest lender to GFG, Greensill Capital, went bust. King & King audits were crucial to Greensill lending money to GFG companies.

The firm has not been accused of any wrongdoing and has not been named as a group that the committee will seek evidence from. It did not respond to a request for comment.

The furnaces – the second of which was launched by Prince Charles in 2018 – are the only ones in the UK and are important assets as the country looks to reduce greenhouse gas emissions.

They produce the steel which is then transported by rail to Stocksbridge to be re-melted, rolled and processed.

Generations of the Royston family, like many others, have worked in the steel industry. Clive’s grandfather had a job at Stocksbridge, while his father worked nearby in Sheffield.

Clive’s son Andrew, 32, continues the family tradition at Stocksbridge, a vast, mile-long site at the foot of a steep valley.

One way the Government could help, he believes, is by finding ways to lower energy prices and reduce costs such as business rates.

He added: ‘There would be nothing green about letting us close and bringing in imports.’

Although providing far fewer jobs than it used to, Stocksbridge steelworks, established by industrialist Samuel Fox in 1842, is still the main employer in the Pennine town, employing 750. Another 700 are employed at the Liberty plant in Rotherham.

Neighbouring Sheffield and Barnsley are up to half an hour’s drive from Stocksbridge, and an hour away by public transport.

One worker on his lunch break at the brand new Fox Valley shopping complex opposite the site gates, said: ‘The Government definitely needs to support us.’

‘Very few companies can make what we do and a lot of investment which has been made in recent years would go to waste.’ 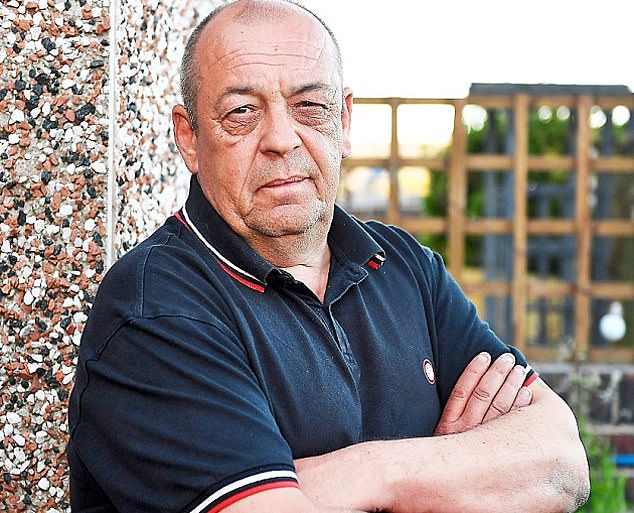 A clutch of bars, cafes and shops say that they rely on businesses from the steelworkers and fear that closure would ‘devastate’ the town.

Tracey Martin, owner of sandwich shop Samuel’s kitchen, located near the steelworks’ main gates and named after founder, Samuel Fox, said that if the site were to close ‘the supply chain will feel it too and it will impact not only local businesses but (others) nationally’.

She added: ‘Many firms may find it hard to survive, especially the numerous small ones the steelworks works with.

Hopefully there will be light at the end of the melting pot and, with a bit of help and support, the future of these businesses – along with speciality British steel – will keep on rolling along.’

Labour councillor Julie Grocutt, who represents Stocksbridge on Sheffield City Council, believes the Government must step in to ensure the works is safe.

She said: ‘Locally, unemployment is running at 6 per cent at the moment and we can’t afford to add to that number. Where are the alternative jobs here?’

Roy Rickhuss, general secretary of the Community union, said the industry has been ‘forced to compete with one hand tied behind their back’ due to energy costs and business rates clobbering owners with huge bills.

He said: ‘We welcome Sanjeev Gupta’s commitment to keep every British steel plant open, though we will need to be convinced of his plans to accomplish this. These are very challenging times and the Government must be ready to intervene to safeguard the jobs and the assets should that become necessary.

‘The fact is so long as our steelworkers are forced to compete with one hand tied behind their back the future is not secure for any of our steel companies. Our energy prices are 86pc more than they pay in Germany, our business rates can be ten times more, we are years behind our competitors on decarbonisation, and the Government is failing to use procurement policy to support British jobs and industry.

‘Boris Johnson’s government can no longer hide behind EU state aid rules as an excuse for doing nothing.

‘In this year of Brexit, COP 26, and massive investment in public infrastructure, our steelworkers need to see decisive game-changing interventions.’

As for Clive Royston, he speaks for many when he says that he doesn’t know how Gupta might raise funding.

In the past, he says, the steel magnate ‘has a habit of coming up trumps’. Can Gupta defy the odds and do so again?

The town of Stocksbridge, whose past and future is so intertwined with steel, will soon find out.

A key ally of Sanjeev Gupta paid a £28,000 fine for misleading FBI agents.

The US Justice Department this month said Ray LaHood, an adviser to Gupta’s GFG Alliance, coughed up in 2019 after failing to properly disclose a loan.

LaHood was appointed last October to GFG’s global advisory board. The former congressman from Illinois served as transportation secretary for President Barack Obama from 2009 to 2013.

But in June 2012, LaHood accepted a £36,000 cheque from Lebanese-Nigerian billionaire Gilbert Chagoury, as he was suffering financial difficulties.

The US Justice Department said he failed to disclose the loan on government ethics forms and then made misleading statements to agents. There are now calls for him to be dismissed from GFG.

Cliff Weight, ShareSoc director, said: ‘It raises concerns about Gupta’s ability to make judgements. LaHood has obviously been hired for his contacts but he shouldn’t be hiding loans.’

Carwyn Jones, the former first minister of Wales between 2009 and 2018, also joined the GFG advisory board.

He was censured for taking the post by the body that advises on business roles for former members of government. Jones rejected the allegations, saying that no conditions were breached.