UK Weather: Britain is battered by fourth night of storms

Parts of England are facing yet more weather misery tomorrow as further thunderstorms bear down along with hail, flooding and more than a month’s worth of rain.

Forecasters have warned of ‘frequent lightning and large hail’ along with up to 3.1in (80mm) of torrential rain in as little as three hours over the South, Midlands and Wales that could bring flooding to homes and disrupt travel.

Thirty flood alerts have been issued for England, mostly in the South, by the Environment Agency – and the Met Office has activated a ‘be aware’ weather warning for rain for 11am onwards tomorrow. 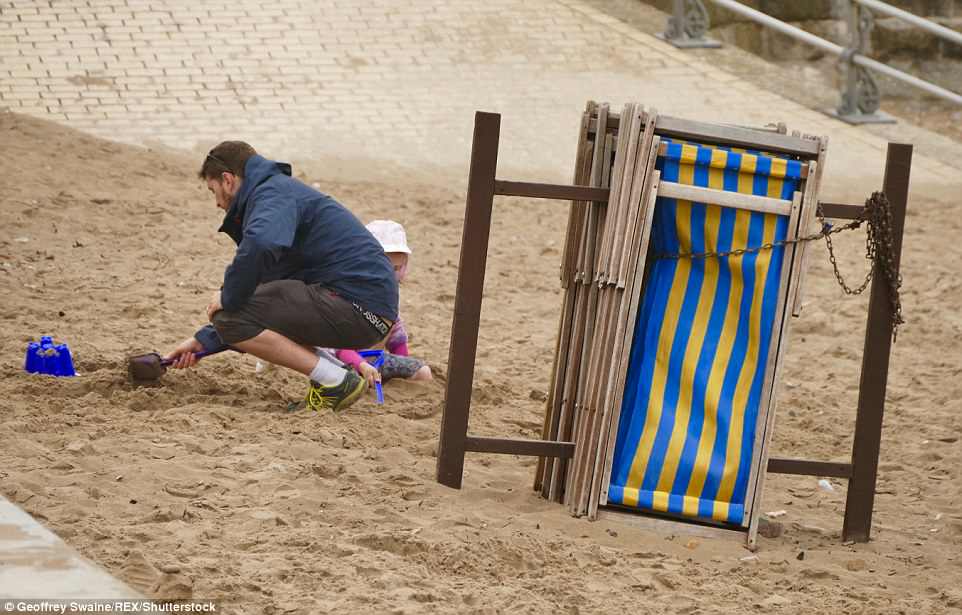 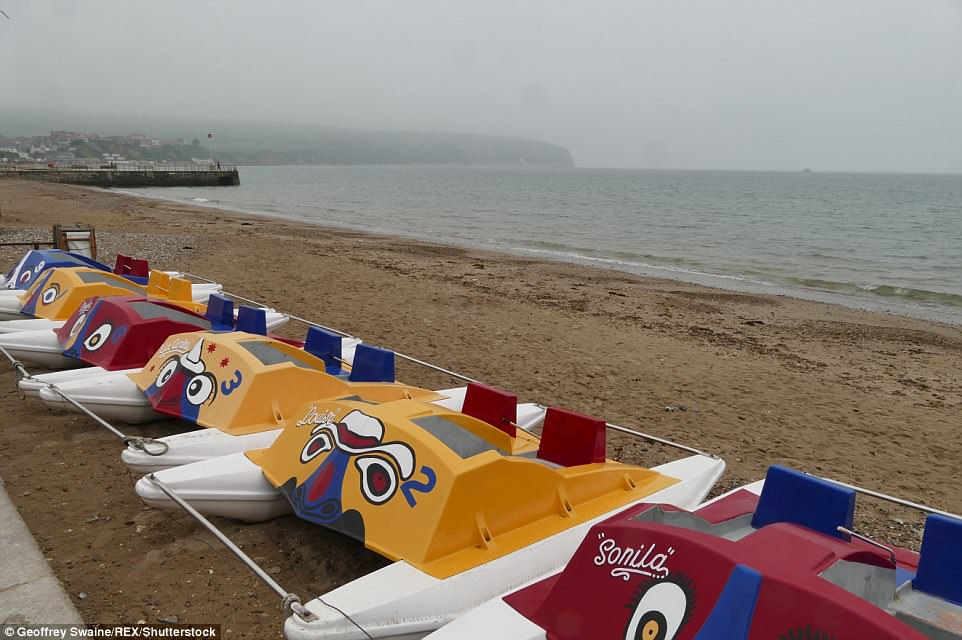 The average rainfall in the West Midlands for the entire month of May is 2.2in (55mm), while it is closer to 2.3in (59mm) in parts of the South East, but this could be well beaten tomorrow.

The Met Office expects thunderstorms to affect southern parts of the UK from late tomorrow morning through the rest of the day, and has warned flooding of homes and businesses ‘could happen quickly’.

There could also be damage to some buildings from floodwater, lightning strikes, hail or strong winds – and fast flowing or deep floodwater is possible, causing a ‘danger to life’, according to forecasters.

Weather experts have also said spray and sudden flooding could lead to difficult driving conditions and some road closures – and there is a chance of delays to train and bus services where flooding or lightning strikes occur.

There are even fears that power cuts might occur and other services to homes and businesses could be lost, while the Met Office is also warning that some communities might become cut off if roads flood. 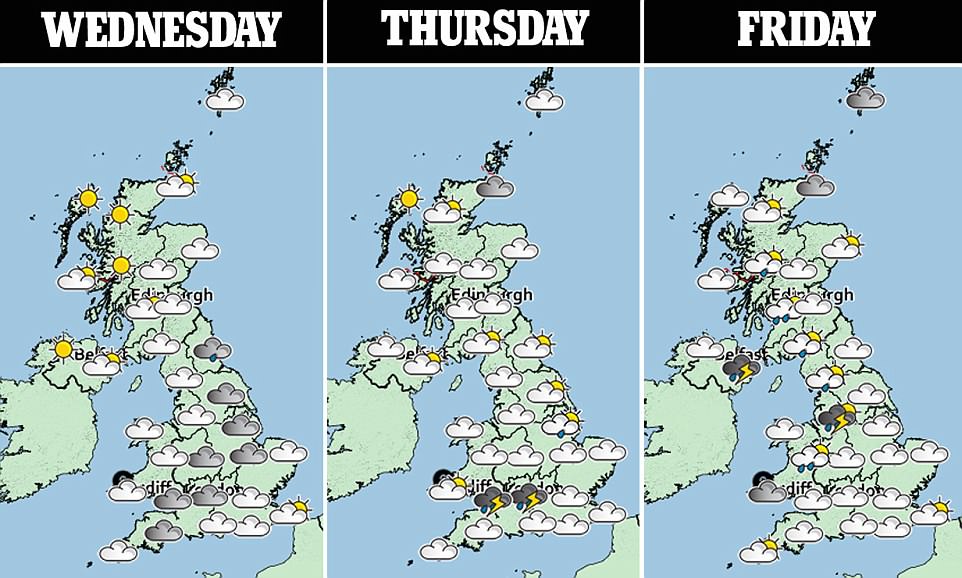 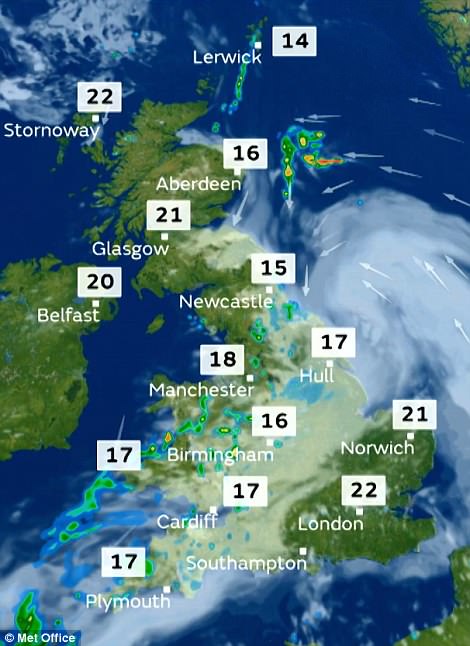 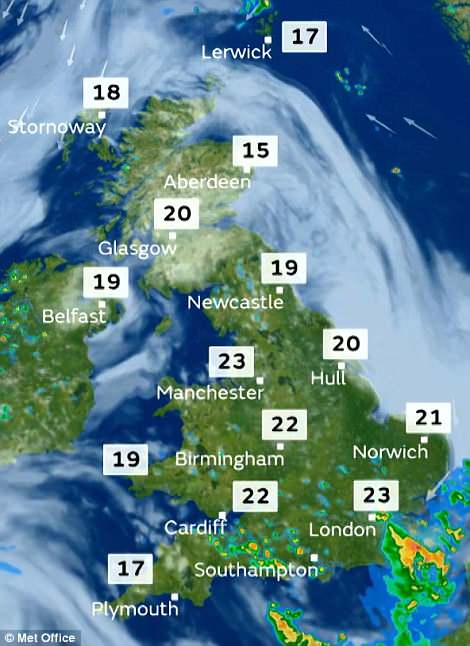 Temperatures in Britain are expected to remain high today (left) and tomorrow (right), getting as high as 73F (23C) 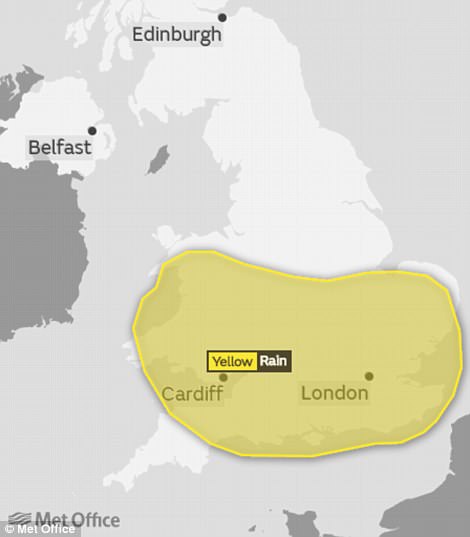 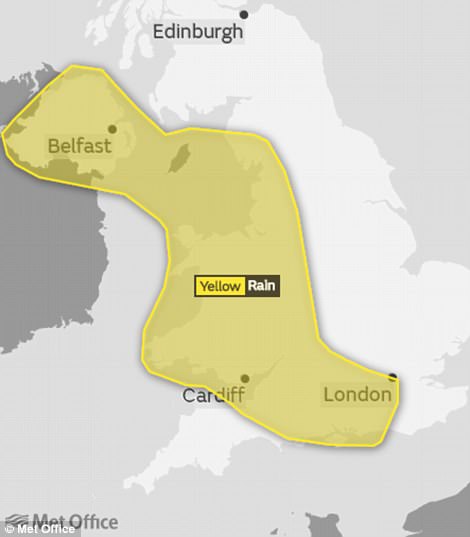 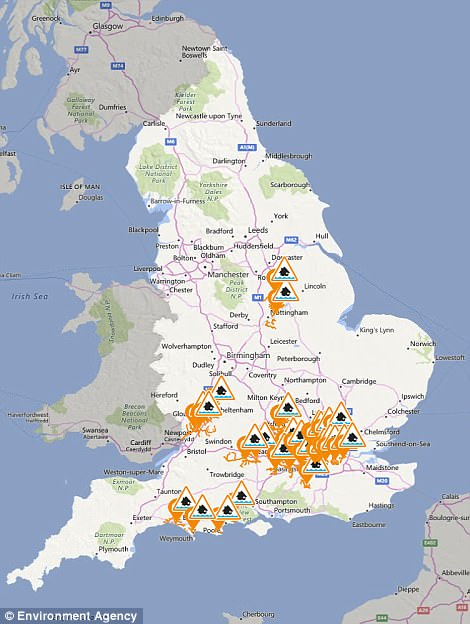 There are 30 flood alerts in place across England today

Meanwhile there is a separate rain warning in place from midnight to 9pm on Friday, with the Met Office warning that thunderstorms are likely to affect southern and western parts of the UK throughout the day.

Forecasters expect thunderstorms across southern England and Wales to move north-west towards Northern Ireland during Friday, which will be replaced by scattered thunderstorms persisting into the early evening.

Yesterday, Britain was hit with another round of storms as flash floods saw half-term getaway plans trashed with dozens of flights cancelled, rail services disrupted, roads submerged and properties flooded.

In Sittingbourne, Kent, fire crews rescued several motorists left stranded after breaking down due to flooding. The Kent Fire and Rescue Service said it received more than 280 weather-related 999 calls yesterday. 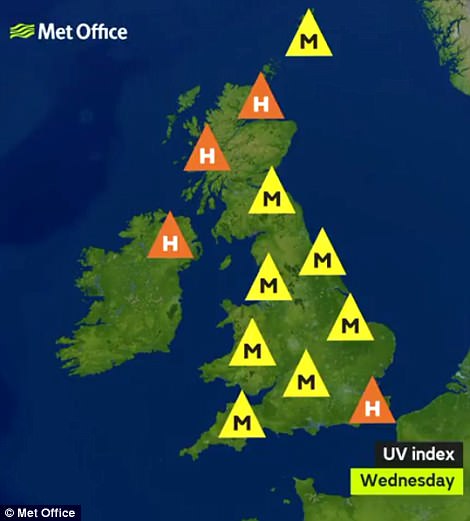 Pollen and ultraviolet radiation levels are mostly low or medium today, but the latter is high in the South East and Scotland 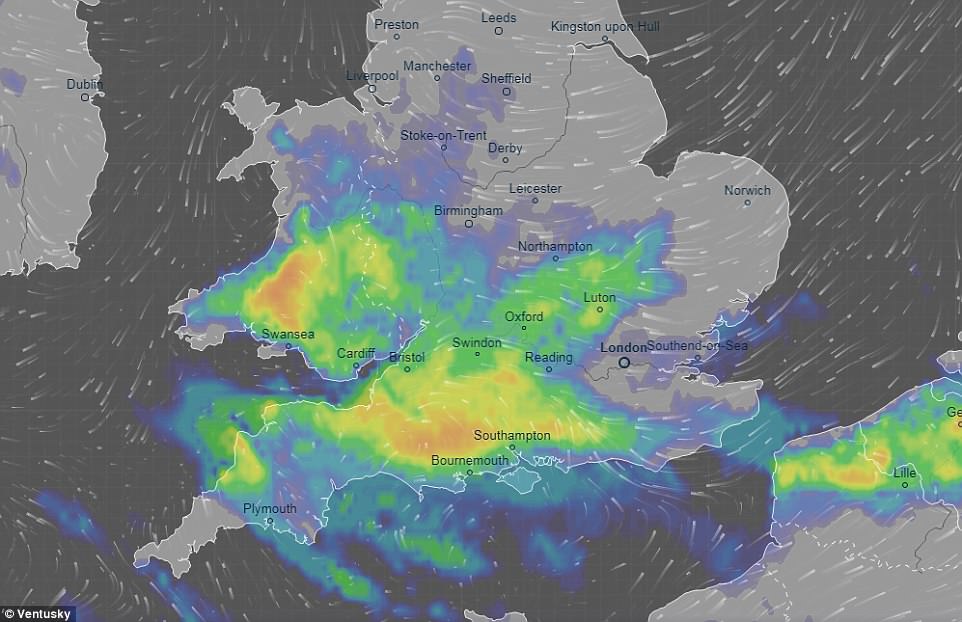 Kent County Council said some rounds had been left ‘virtually impassable’ with sections of highway drainage system ‘overwhelmed’ by torrential downpours. On the M2, heavy rain left part of the carriageway flooded.

Meanwhile train travellers were handed plastic bags to wear over their feet and legs at Herne Bay station after the tunnel joining two platforms was submerged. Southeastern rail said there was ‘major disruption’ to services.

Cavendish in Suffolk was the warmest spot on Monday, peaking at 81.1F (27.3C), a few degrees shy of the April high of 84.4F (29.1C) in London. Scotland, Wales and Northern Ireland all enjoyed their hottest days of 2018 on Monday.

Kate Marks, Environment Agency flood duty manager, said: ‘The main risk is across Southern England, East Anglia and parts of the South Midlands, with urban areas most likely to see the impacts.

‘Our thoughts are with those who have been affected by the flooding over the bank holiday weekend and our teams are working with those communities who have experienced flooding.’