It’s been a scorching six months with the hottest summer on record after the warmest April day since the 1940s.

But Britain’s winter is now fast approaching – and today could be the last day of 2018 to bring hot weather, with the 75F (24C) temperatures expected in the South East this afternoon unlikely to be repeated until next year.

However, the warmth will not be shared across Britain today, with the mercury expected to only just get up to 50F (10C) in some parts of Scotland – and the lows overnight into tomorrow could drop under 40F (4C).

The highs are expected to be around 63F (17C) this weekend, before the Met Office forecasts temperatures ‘close to or a little below normal’ next week, with some ‘chilly nights particularly in the South’ and a risk of frosts.

Forecasters say the rest of October is expected to bring temperatures ‘generally colder than average, but with some milder interludes at times’, although there will also be some locally frosty nights and morning fog.

Scottish firefighter Scott MacLucas-Paton, 48, from the Isle of Skye in Scotland, spotted the end of this rainbow on Tuesday while climbing up Am Bhasteir mountain. The photo shows the sunshine lighting up the end of the rainbow – resembling the ‘pot of gold’ at the end of a rainbow myth. He said: ‘It was a cold day with sunshine and showers and sleet and lots of rainbows about. I only had my phone so managed to capture this quick shot before it disappeared. I’d call it ‘Chasing Rainbows’.’ 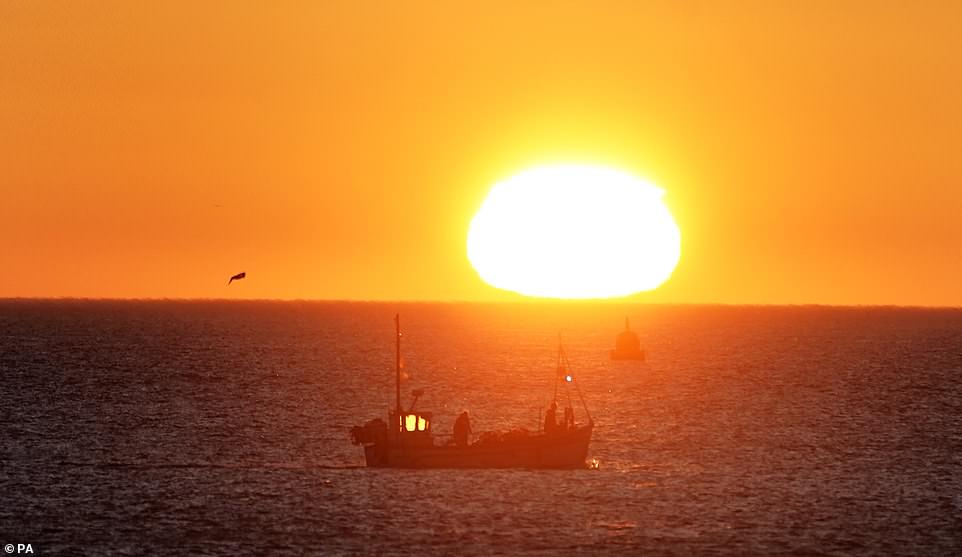 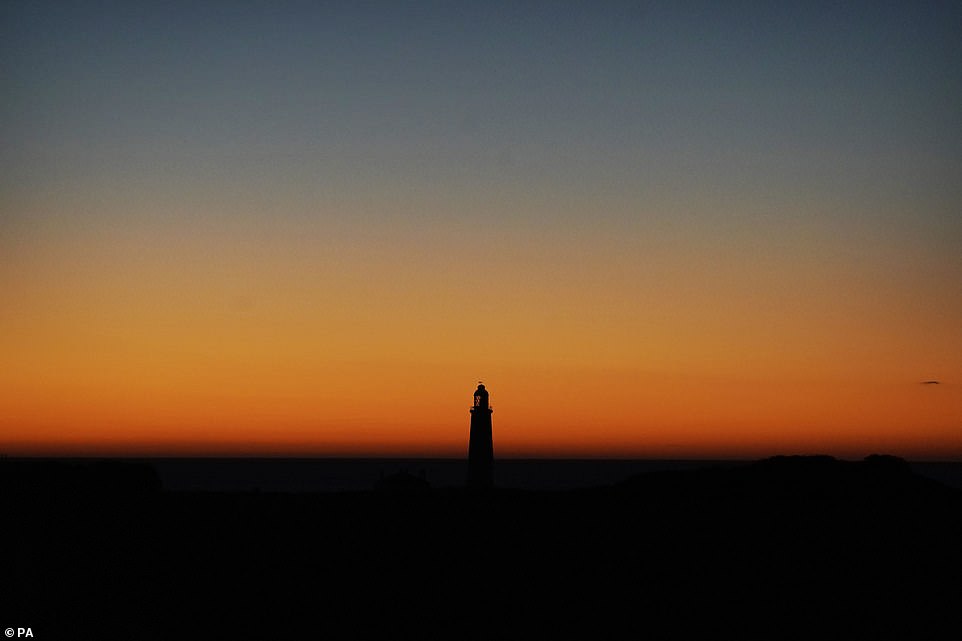 And snow could be on the way, with the Met Office telling of ‘a greater chance of spells of wet and windy weather from mid-October onwards, with the rain possibly turning to snow at times over the highest ground in the north’.

There are also claims that snow could last for months this winter, thanks to a weak El Niño. This the warm phase of the El Niño Southern Oscillation (ENSO), which is the largest natural fluctuation in the earth’s climate system.

The surface ocean temperature this winter is expected to be around 0.5C to 1C above the long-term average – which is still significant, despite it being lower than the extreme event in 2015 which was 3C above normal.

Met Office head of long-term climate prediction Professor Adam Scaife said: ‘Understanding the influence that the ENSO cycle can have on the world’s weather patterns is a useful tool for long-range weather forecasting.

‘But it’s important to understand that it’s not the only factor which determines our weather here in the UK. 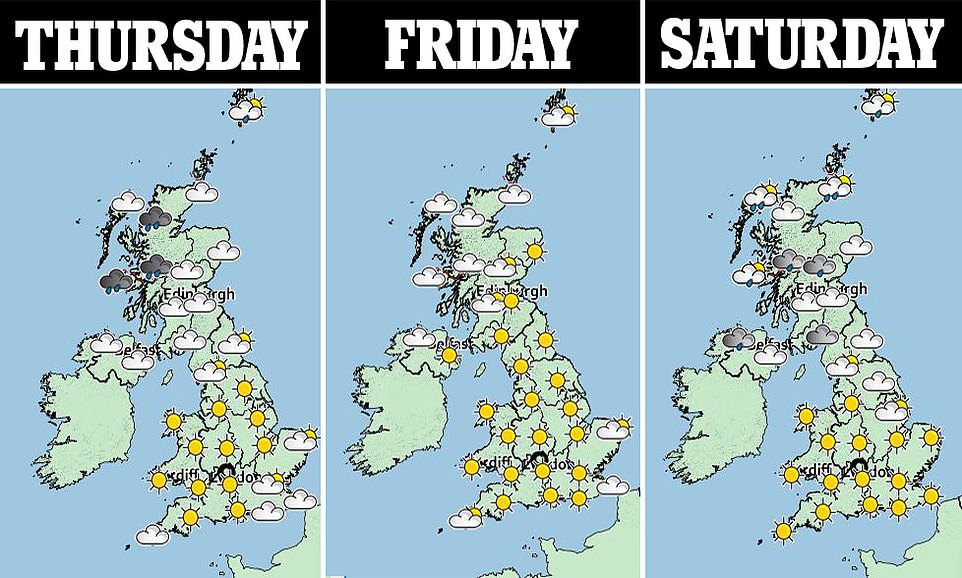 ‘An El Niño can create wetter and windier conditions in the first half of winter and it can bring a colder and drier second half, but El Niño is just one factor and others will vie to affect our winter.’

Bookmaker Coral is offering 6-4 that Britain endures its coldest winter on record, and just 1-4 that snow falls in the London before the end of November. A spokesman said: ‘All the signs are pointing towards a bleak winter.’

Today will be mostly dry for England and Wales with sunny spells following a misty or foggy start in places – but northern England will have more cloud with some drizzle later on.

Rain across Scotland and Northern Ireland will clear to sunshine and showers, and there will be moderate westerly winds, but breezier across Scotland. Tonight will be cloudy at times across England and Wales with some drizzle.

But most areas should remain dry, and showers across northern Scotland should become more isolated, turning drier for most. It will be mainly dry with some clear spells for Northern Ireland.

Tomorrow will be a cooler day across the UK but most areas will be dry and fine with sunny spells, especially during the afternoon. But there will be more cloud across northern Scotland with the chance of showers at times.

There will then be sunny spells on Saturday, particularly for England and Wales, but it will be cloudier for north-west Britain and will turn windy across northern Scotland with rain pushing into north-western parts.

Sunday is expected to be cloudy with spells of rain, mostly across the West – but it will be bright in the South East.

Yesterday’s top temperature was 74.5F (23.6C) at Donna Nook in Lincolnshire, while the lowest was 35F (1.5C) at Hurn in Dorset. The wettest place was Cluanie Inn near Fort William in the Highlands, where 1.4in (35.6mm) fell.

Temperatures are at their greatest ‘diurnal range’ – the difference between daytime highs and night time lows – at the moment with night and day being roughly the same time.