Britain is facing another cold snap with sub-zero temperatures on the way from the North Pole.

A process of Sudden Stratospheric Warming in the Arctic could lead to ‘prolonged cold conditions over the UK’, according to the Met Office, an effect which has previously led to temperatures as low as -22C.

There is an increased risk of cold conditions in the second half of February, with the possibility of heavy snowfall.

The phenomenon, which causes the planet’s stratosphere to suddenly increase in heat, ‘greatly increases the risk of wintry weather’ and occurred earlier this week, although the effects are not felt until up to 10 days later. 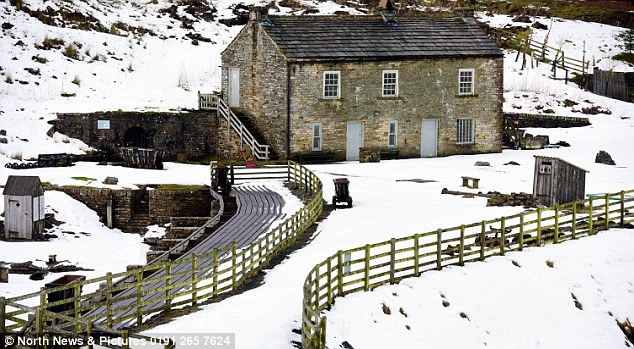 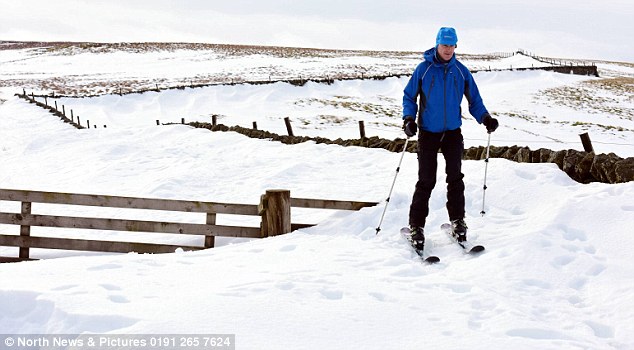 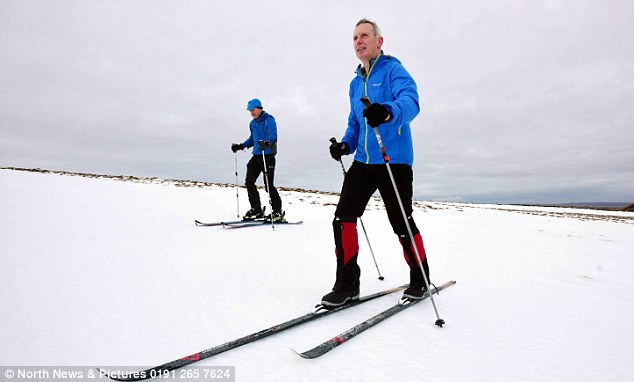 The majority of areas within the UK will have a very dull, grey and misty day  on Monday with outbreaks of rain and drizzle.

The weather will be dry, bright and turning increasingly colder on Wednesday and Thursday, with overnight frost.

Skiers in County Durham were pictured enjoying the snow in Upper Weardale on Sunday, with temperatures are set to fall to -3C overnight this week.

Winds from Eastern Europe were also expected to contribute to the cold weather.

Stratospheric warming was thought to be responsible for the UK’s big freeze in 2010 when temperatures fell to as low as -22C. 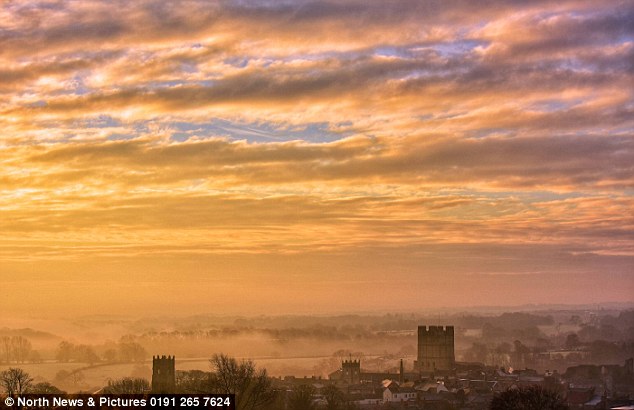 The rising sun highlights the mist over the historic market town of Richmond, in North Yorkshire, on Sunday morning 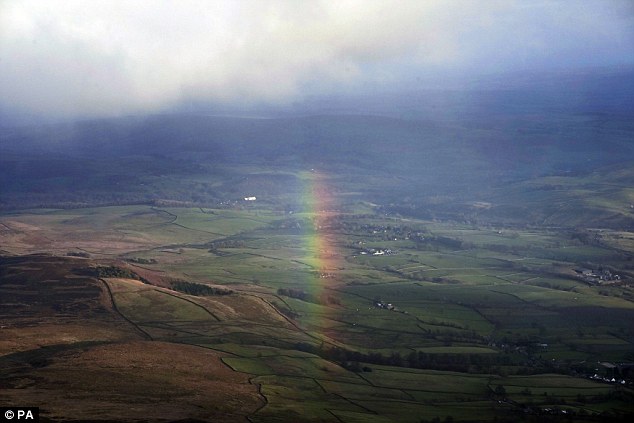 A rainbow appears over Yorkshire taken from light aircraft, on a cold overcast Sunday 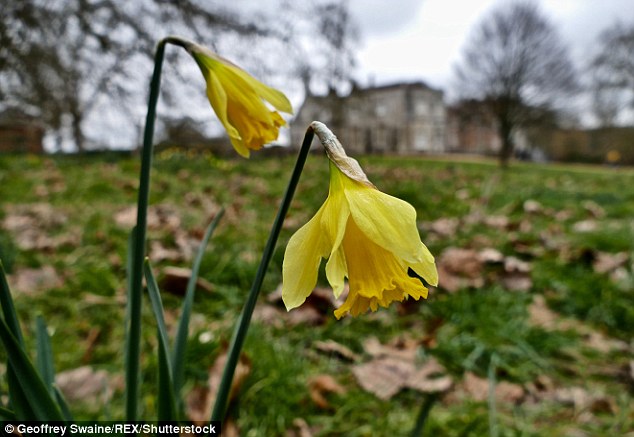 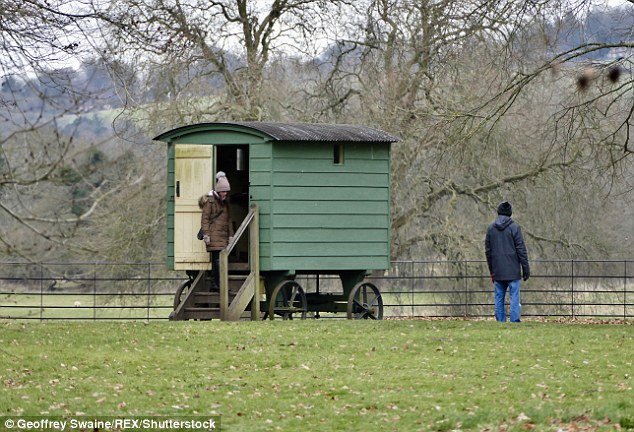 Snowdrops by the brook in the grounds of the same house near Romsey, Hampshire 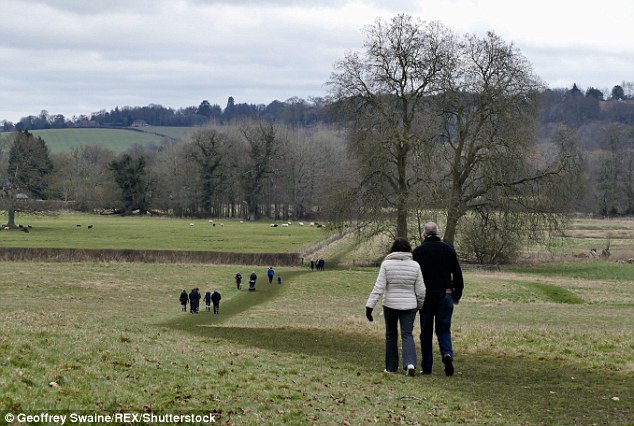 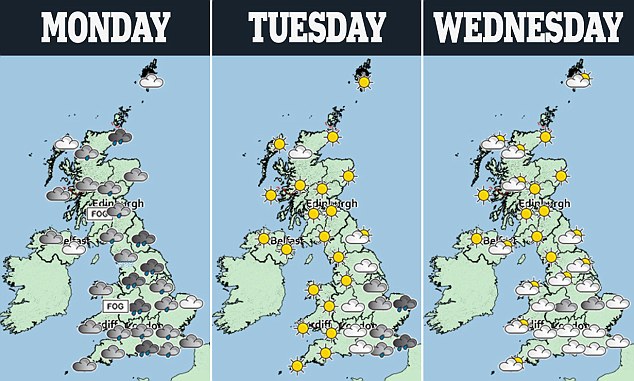 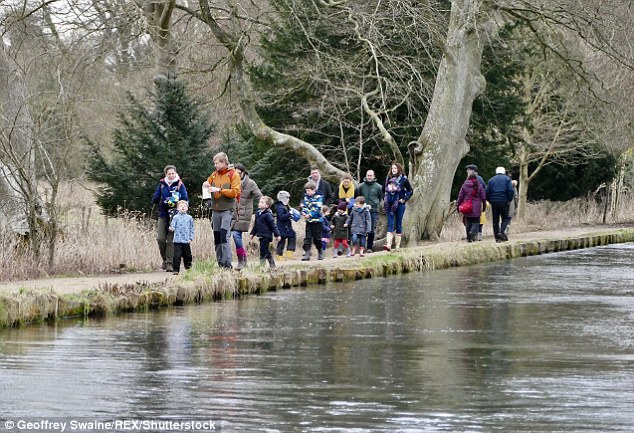 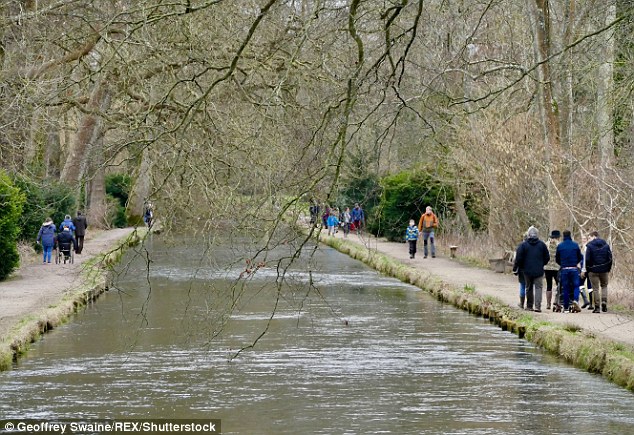