Temperatures in Britain are set to plunge to as low as -9C as snow returns to parts of the country this week.

Conditions are turning chillier overnight into tomorrow as a cold front pushes through, after some areas enjoyed a balmy weekend that saw temperatures hit 59F (15C) on the mildest day of the year so far yesterday.

Rain is spreading south east across England and Wales today, but once that has cleared there will be spells of sunshine – with a chance of wintry scattered showers on the hills of Scotland. 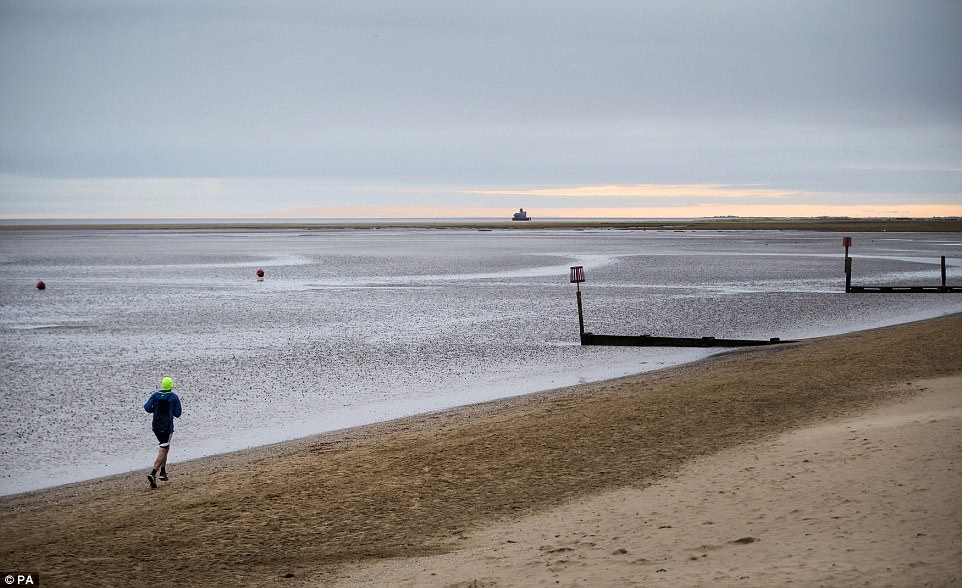 Tonight will be largely dry and clear overnight, with long clear spells for the south half of UK, but with a bit more cloud edging into northern parts later on in the night – and windy conditions in the far North.

Tomorrow will be breezy with rain at times in northern Scotland, and snow on the upper hills. Rain is possible in Northern Ireland too, but elsewhere it will be mostly dry with a few spells of sunshine, particularly in the morning.

It will then become windy on Wednesday as another cold front pushes through and scattered showers fall – some of which will be wintry in north-western parts, but generally rain elsewhere.

On Thursday, the showers will ease somewhat, but it will stay chilly. Friday will be characterised by a sharp frost to start the day, then rain along with some snow moving in from the West. 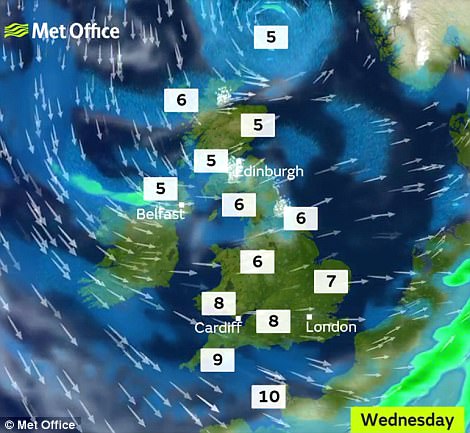 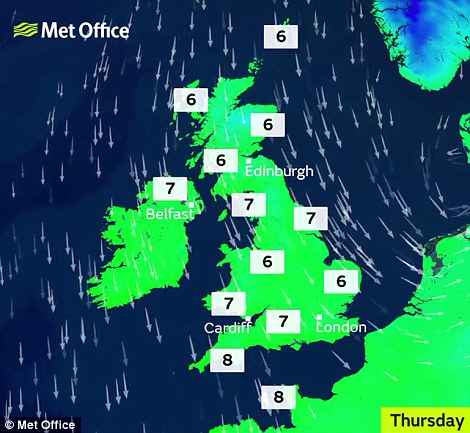 Temperatures will remain under double figures for most parts of Britain this week, although the South West will be mildest

Yesterday was the mildest day of 2018 so far as 15.1C was recorded at Monks Wood near Huntingdon in Cambridgeshire. However parts of the Scottish Highlands recorded as much as 31.8mm (1.2in) of rain in 24 hours.

Bookmaker Coral has cut their odds on next month being the coldest February on record from 5-1 to 2-1, as well as now offering 3-1 on snow to fall in London before the end of the month.

Meanwhile a 65-year-old hill walker who was found dead two days after he went missing in blizzards and gusts of up to 100mph on Friday evening was named by police today.

More than 80 people were involved in the operation to try to trace John Lea when he failed to return from a walk on Lochnagar, a mountain near Braemar in Aberdeenshire. His body was discovered at around midday on Sunday. 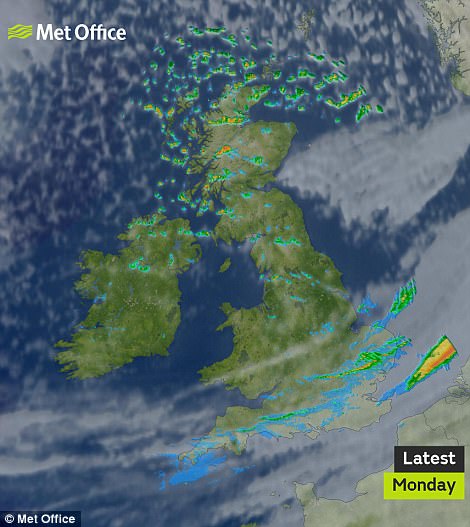 This afternoon’s satellite (left) and radar pictures (right) show the rain clearing to the south, with sunshine coming through 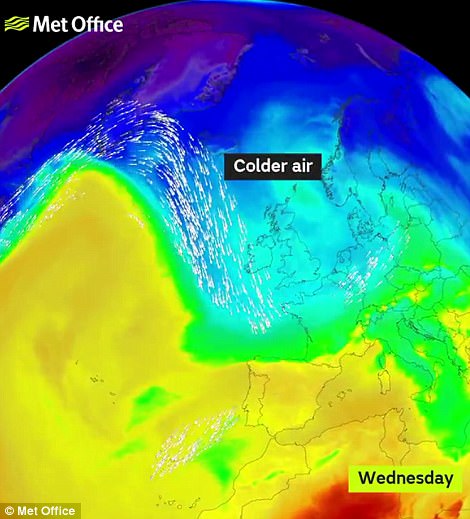