Ukip loses ALL its MEPs at European elections

Ukip came crashing down to earth last night as the party lost all its seats in the European Parliament.

Nigel Farage’s former party was the winner in the 2014 election but struggled in this year’s race after its one-time figurehead switched to the Brexit Party.

After winning 27.5 per cent of the vote five years ago they have only collected around three per cent this time.

Current Ukip leader Gerard Batten, who is standing down as party chief, lost his seat in London which he had held since 2004.

Controversial candidate Carl Benjamin, a YouTuber who was second on the party’s South West regional list, also failed to get elected.

Mr Benjamin was condemned during the campaign for comments he made about Labour MP Jess Phillips.

The 39-year-old, who styles himself online as the ‘Sargon of Akkad’, said he ‘wouldn’t even rape’ the Labour MP and then refused to apologise for the remarks.

However, following a series of defections, the party went into this year’s elections defending only three of the seats it had won five years ago.

After winning more than four million votes in 2014 it has gathered only 550,000 in this year’s poll.

Mr Farage’s switch to the Brexit Party has taken the wind out of UKIP’s sails and he romped to victory with his new movement last night. 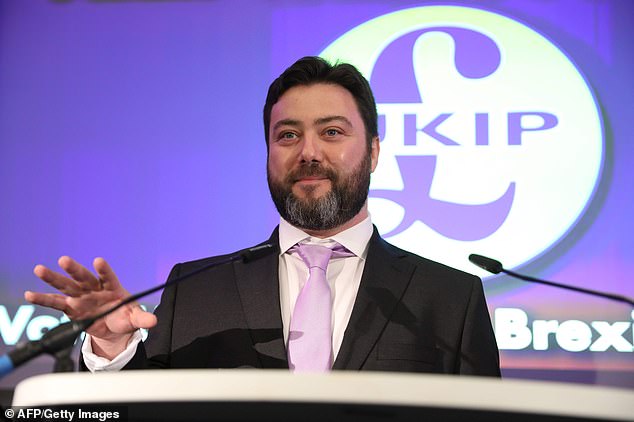 Controversial candidate Carl Benjamin (pictured), a YouTuber who was condemned during the campaign for comments he made about Labour MP Jess Phillips, also lost his MEP bid

In addition Ukip has been dogged by claims that it is veering towards the far right.

Mr Batten has been Ukip leader for 16 months and appointed former English Defence League leader Tommy Robinson as his political adviser in November 2018.

Mr Robinson is unable to join UKIP’s membership under party rules because anyone who has previously been an English Defence League member is banned.

‘I believe Ukip always has been and always should be a libertarian party that encourages and promotes common-sense policies with a broad electoral appeal,’ he said.

‘However, under Mr Batten’s leadership, and despite my appeals, Ukip has been derailed from this objective. 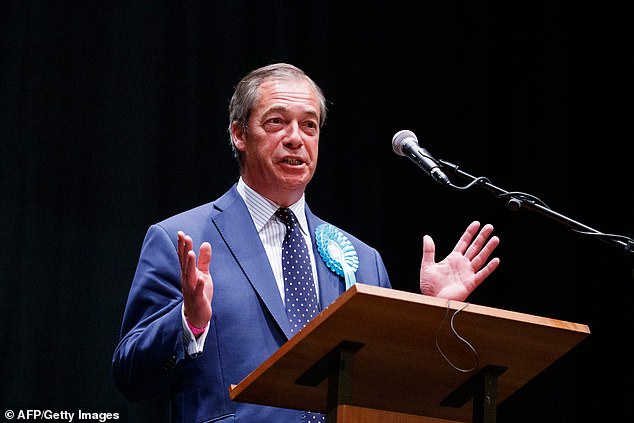 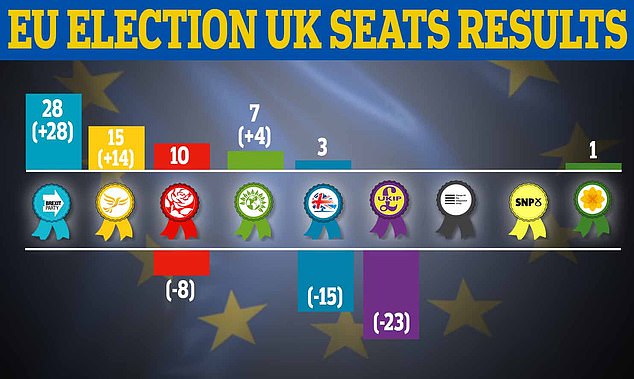 The Brexit Party has won the most seats in the European Parliament election, while Labour was pushed into third place by the Liberal Democrats 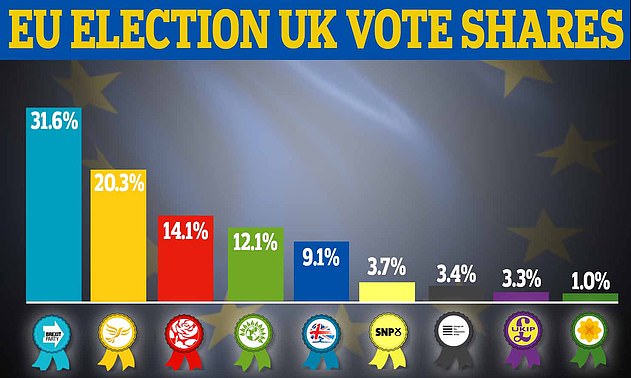 ‘Mr Batten’s policy direction and associations have given the mainstream media the ammunition to label our party extreme and far-right, accusations I do not believe to be true.’

Former leader Mr Farage had previously warned the party faces ‘total and utter marginalisation’ if it moves to the extremes of politics.

Earlier this month he said the party had ‘attracted individuals that I would never have allowed’.

Mr Farage said he had given 26 years of his life to Ukip, but the party is now ‘past its sell-by date’.

Mr Farage quit as leader after winning the Brexit vote although he later returned temporarily as the party went through a succession of leaders.

Diane James, Paul Nuttall and Henry Bolton have all led the party for short periods before quitting for various reasons. 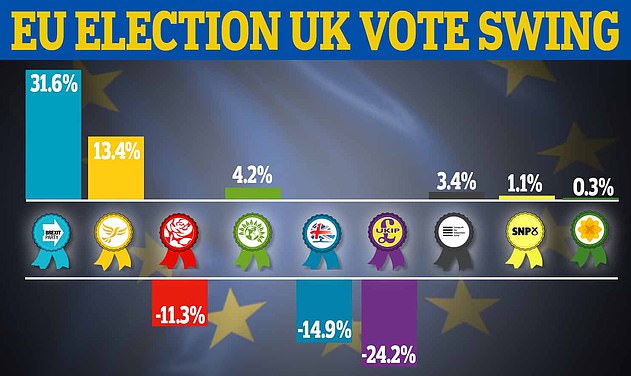 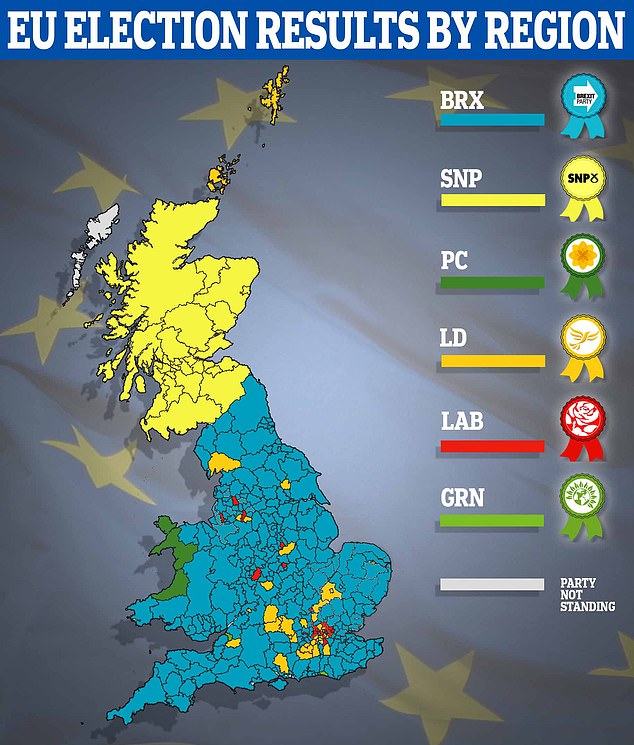