UKIP is on the brink of collapse after a judge ordered the party to pay £175,000 in a defamation case brought by three Labour MPs.

The party has been told to pay the money towards the costs incurred by Sir Keven Barron, John Healey and Sarah Champion.

The interim payment order by Justice Warby comes at a time of financial difficulty for the party.

Just earlier this month UKIP leader Gerard Batten said the party had to raise £100,000 by the end of March if it was to stay afloat.

He wrote to all local UKIP groups across the country asking them direct fund to the party’s central coffer ‘purely for operational needs’.

He said that ‘if we cannot raise it then the future of the Party itself is in question’.

A spokesperson for UKIP said in response to the order: ‘Our lawyers are dealing with the matter. A statement will be made by the party at the appropriate time’.

An earlier High Court hearing ruled the party took a ‘deliberate, informed and calculated’ decision to ensure defamation action brought by Rotherham’s three Labour MPs against a UKIP MEP would not be settled before the 2015 General Election.

In February 2017 Jane Collins, MEP for Yorkshire and North Lincolnshire, was ordered to pay £54,000 in damages to each MP over comments she made about Rotherham’s child abuse scandal.

She alleged each of the Labour MPs knew many of the details of the exploitation yet deliberately chose not to intervene.

She also claimed they acted out of political correctness and were guilty of misconduct. 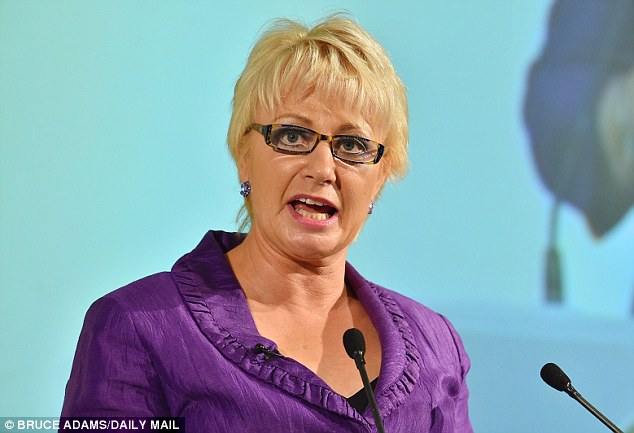 Ms Collins refused to withdraw the remarks throughout the campaign.

She had argued that it was a political speech which did not contain any allegation of fact, but expressed an opinion to the effect that the MPs were likely to have known that sexual exploitation was a serious problem in the area.

In a joint statement the Labour MPs said: ‘Ukip’s actions behind the scenes forced the costs of this case to soar and compounded the damage from Jane Collins’ unfounded and hurtful allegations.

They said that UKIP had used unfounded allegations by Jane Collins for political advantage.

They added that UKIP knew Collins’s case was ‘hopeless’ but clocked any settlement in their favour before 2015 because they believed it would increase their share of votes.