Ukraine has destroyed the headquarters of Russia’s shadowy Wagner mercenary group in Donbas after a war propagandist gave away its location online.

Sergei Sreda, a so-called ‘war reporter’, posted pictures online last week of himself at the base – in the city of Popasna – and shaking hands with a man who appeared to be Yevgeny Prigozhin, the oligarch dubbed ‘Putin’s chef’ who owns Wagner.

But the pictures also included details – such as the address of a nearby bomb shelter – that allowed experts to quickly pinpoint its location. On Sunday, Russian Telegram channels with links to Wagner confirmed it had been hit. 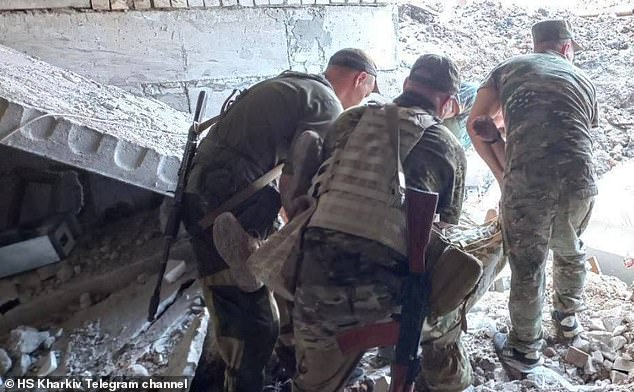 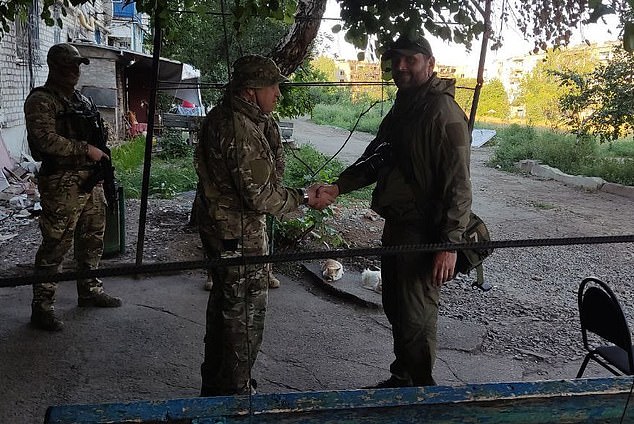 The strike came after Russia war propagandist Sergei Sreda (right) posted images of himself at the base, shaking hands with a man who appears to be Wagner owner Yevgeny Prigozhin (left)

Ukrainian media said the military had identified the location of the base from Sreda’s images, which have since been deleted from his Telegram channel.

HIMARS launchers were then used to destroy the base, Ukraine said.

Images from the scene show widespread damage to the base and several casualties being evacuated from the destroyed buildings.

It is not clear whether Prigozhin was still at the base at the time it was hit. He has denied being in the photos, and claims never to have visited the base.

Wager is an army-for-hire whose existence was denied by the Kremlin for years, but is thought to be at the beck-and-call of Putin himself.

The group is used to fight wars on behalf of the Kremlin in areas of the world where direct Russian military involvement would draw unwanted attention.

Wager is believed to operate in Africa, the Middle East and South America, where allegations of war crimes, rape and torture by its troops are common.

Mercenaries are often recruited from the ranks of Russia’s regular military, often having been discharged for poor conduct. 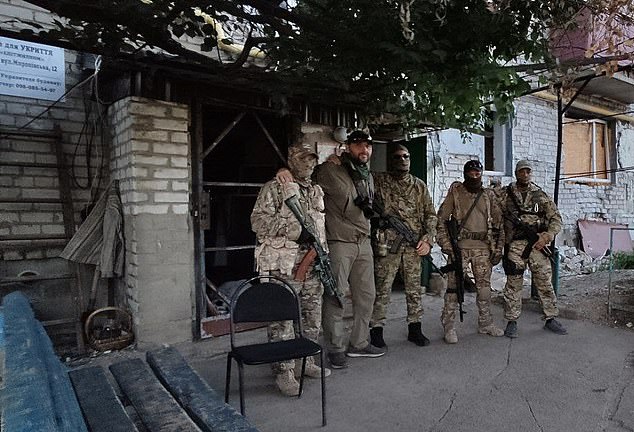 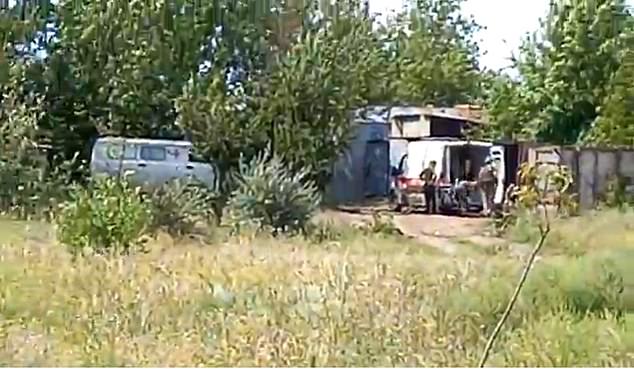 Prigozhin is also thought to recruit from prisons, and is said to be in the middle of a hiring spree amid heavy casualties in Ukraine.

Murderers are allegedly being offered clemency from prison sentences provided they are willing to fight for six months on the frontlines.

Next, he was linked to pro-Putin troll factories pumping out supportive propaganda in Russia and the West, and to the Wagner private army which is active in Ukraine, Syria and Africa.

He disputes the link to Wagner, despite claims he has been seen personally recruiting prisoners – including convicted murderers – to fight in the war in Ukraine.

He reportedly told inmates: ‘I was jailed, too. Now I am a Hero of Russia. We need your skills.’ 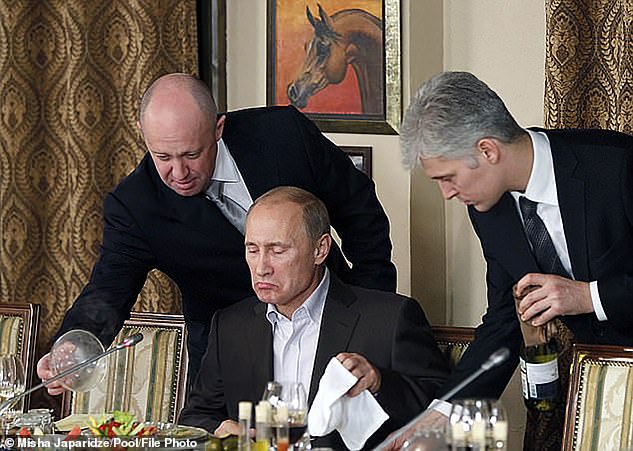 Prigozhin (left) is an oligarch who rose to prominence organising lavish functions for Vladimir Putin (centre), earning him the nickname ‘Putin’s chef’ 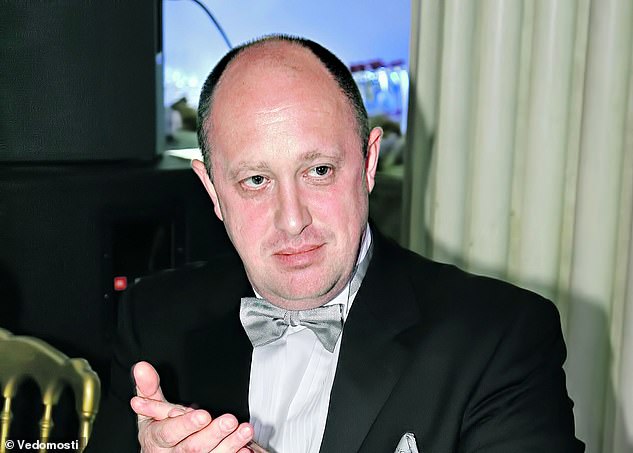 But Prigozhin’s main occupation is supposedly as the head of shadowy mercenary group Wagner, which fight’s Putin’s dirty wars

Putin last month awarded him Russia’s top honour. In Soviet times, he was jailed for robbery, fraud, and involving teenagers in crime.

‘He is alive, even swearing,’ a source from Popasna, not related to Wagner, told VCHK-OGPU Telegram channel.

It reported with verification that he was being evacuated to Burdenko hospital in Moscow.

A source close to Wagner denied he had been killed.

‘This is not the first time they have buried him,’ said the source, saying that earlier Ukrainian reports had wrongly reported his death in previous incidents.

‘So there will probably be no official denials this time either. They are simply not needed,’ said the account.

But there was also a claim of ‘mild panic’ that Prigozhin had not been seen in the wake of the strike.

Wagner sources appeared to confirm the fact of a strike on its base in Popasna.

The private army is seen as crucial to Putin’s war effort on the frontlines amid claims over the failings of his regular forces.