Ukraine tennis star Lesia Tsurenko admits she was ‘definitely affected’ by thoughts of her homeland in third-round loss to Jule Niemeier… and backs Wimbledon’s ban on Russians after earning £12,000 for relief efforts

Her body might have been on Court 18 but her mind was some 1,500 miles away to a place far removed from Wimbledon’s green and pleasant land.

In the end, that was what did for Lesia Tsurenko, the last of four Ukrainians to fall from the women’s singles at SW19.

The 33-year-old, though, can head back to her temporary refuge in Italy proud of her two Wimbledon wins. Not least because she has made £120,000 in prize money – and she is donating 10 per cent of that to help those in her war-torn country. 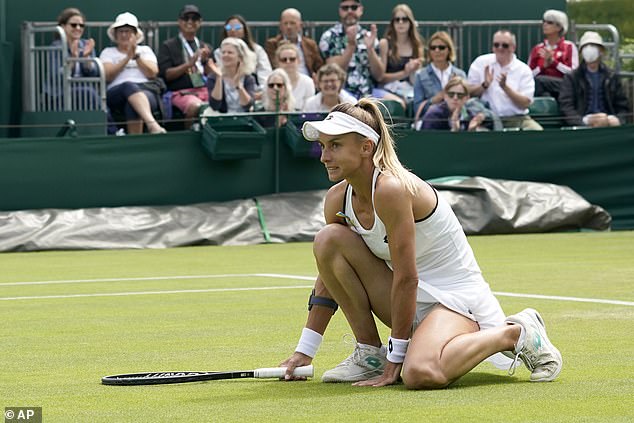 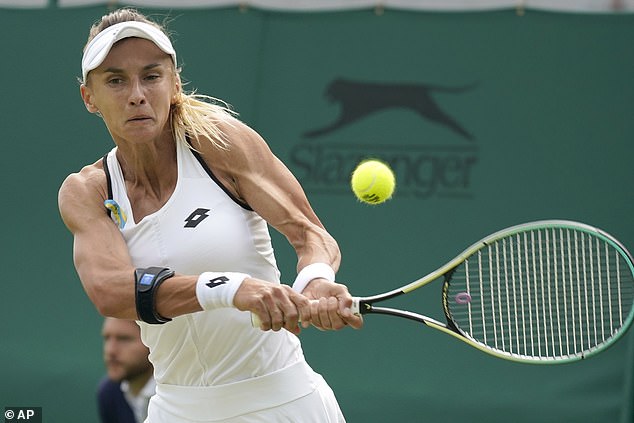 World No101 Tsurenko lost to Jule Niemeier, who is four places above her in the WTA rankings

Tsurenko, who beat fellow Ukrainian Anhelina Kalinina in an emotional second-round tie, was again wearing a blue and yellow ribbon during her match against Jule Niemeier.

But even for her 124 minutes on court, she was unable to mentally block out the bloodshed back home, losing 6-4, 3-6, 6-3 to her German opponent.

‘There is a war at home and I think it just makes me too nervous sometimes,’ said Tsurenko, the world No101. ‘It definitely affects me. I was just not able to separate that today.

‘I made hundreds of mistakes. I’m still shaking and I felt like this for the whole match. 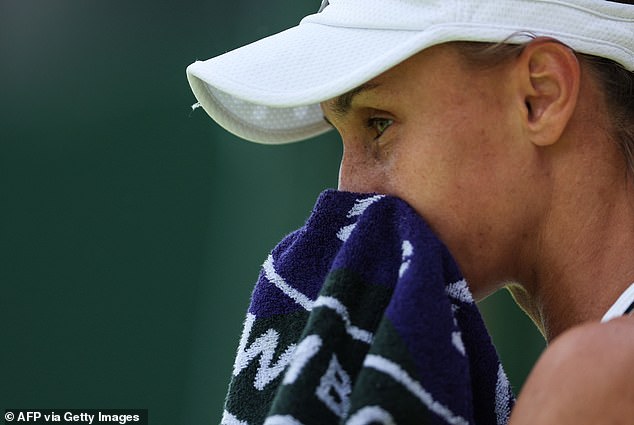 ‘A few days like that have happened to me in the last few months. I don’t relax. I don’t see a way to do it now.

‘Sometimes when I train in Italy, it’s a very nice place by the sea, and for some moments you forget and think life is good, but it’s just seconds.

‘Some part of me is just always so tight. There will be a big release when the war finishes, but not before.’

Tsurenko admits she feels ‘guilty’ to even be playing tennis, especially while her mother remains in Ukraine. But her charitable gesture at least eases her conscience. 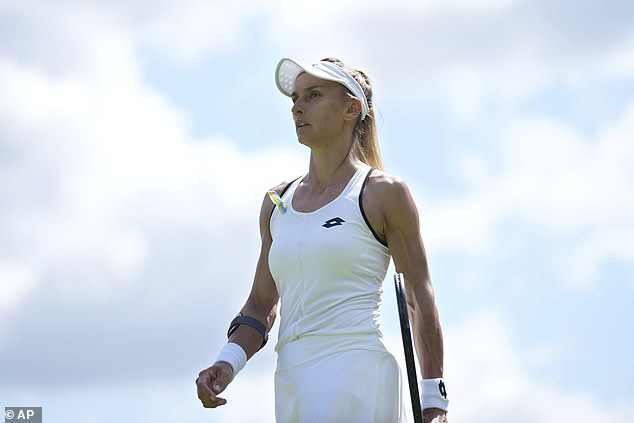 Ten percent of Tsurenko’s £120,000 reward will go towards relief efforts in her troubled nation

‘I really hope that I’m doing a big thing by helping people financially,’ she said. ‘This is the best thing that I can do from my side. I see it as something bigger, like a goal, a purpose.’

Tsurenko was grateful that Wimbledon enforced a ban on players from Russia and Belarus. But her anger was evident when asked about Natela Dzalamidze switching her allegiance from Russia to Georgia so she can take part in the doubles.

‘Russian people are happy when Ukrainians are dying. They are happy with what the army is doing in Ukraine. I think they are idiots.’ 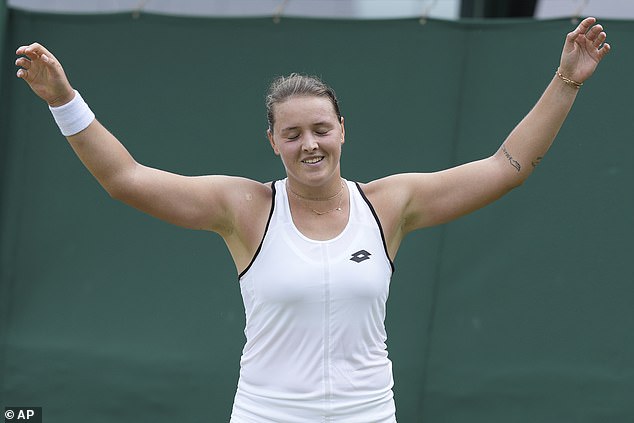