America will cross a ‘red line’ if it sends long-range rocket artillery to Ukraine, Russian state media has warned today, saying it could provoke a ‘very harsh response’.

Olga Skabeyeva, known as one of Putin’s chief propagandists, issued the warning after it was reported Joe Biden is preparing to announce another shipment of weapons to Kyiv as soon as next week – with highly-prized MLRS artillery on the list.

Kyiv had begged for the artillery to help counter similar Russian systems being used to deadly effect in Donbas, which have forced Ukrainian troops to retreat from several key cities this week.

But, Skabeyeva said, ‘if the Americans do that, they’ll clearly be crossing a red line. We’ll have witnessed an attempt to provoke a very harsh response from Russia.’ 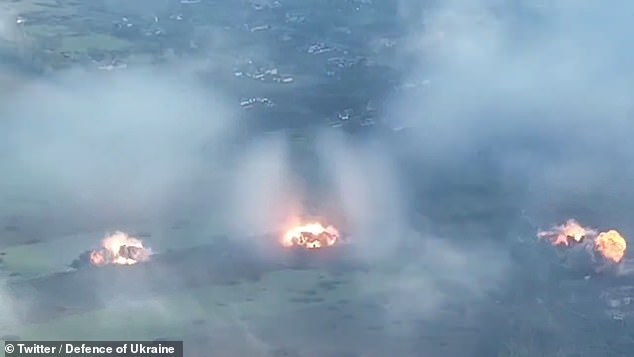 The US is preparing to send long-range rocket artillery to Ukraine, to counter Russian systems which have devastated defences in the Donbas this week (pictured)

The line seems intended to play into fears being voiced in the White House about exactly how far the US can go in supporting Ukraine without risking an escalation in the war or retaliation against America itself.

Sources close to the deliberations said those exact issues were raised at two separate meetings of security officials which took place this week, CNN reports.

Chief among those concerns was whether Ukraine would use the new weapons to attack Russia itself, rather than Russian forces within Ukraine.

The two systems that American would likely send to Kyiv are the M270 MLRS or M142 HIMARS, both of which have a theoretical maximum range of around 300 miles.

America has already sent long-range artillery – the M777 Howitzer – to Ukraine, but it has a maximum range of around 25 miles when fired with high-precision rounds.

Officials are thought to have proposed mitigating that risk by only supplying Ukraine with shorter-range rockets, which have an effective range of just over 50 miles.

Concerns were also raised over whether drawing down so heavily on US stocks would create security issues. Mark Milley – chief of the general staff – said last week that he will be watching ‘very, very carefully’ to avoid such a risk.

None-the-less, the White House seems to be in favour because of how decisive rocket artillery is proving to be in Donbas when used by Russian forces.

Ukraine is thought to have been forced to abandon the city of Lyman, a key defensive outpost on the east bank of the Donets River, in the last several days after it was reduced to rubble by rocket barrages. 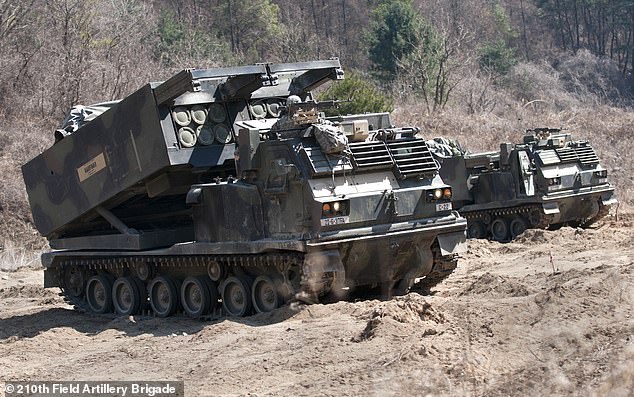 America is likely to send the M270 MLRS (pictured), which can range up to 300 miles if fired with precision rockets 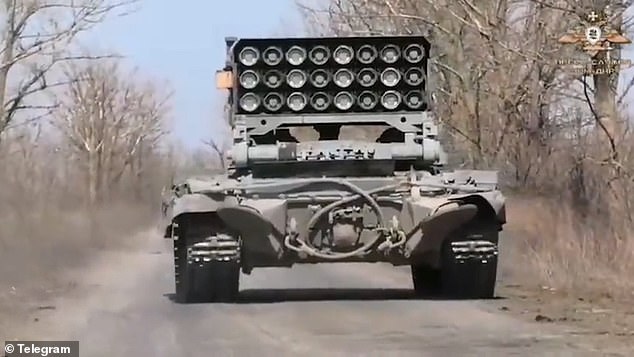 Russia’s rocket artillery is the TOS-1 (pictured), which can fire up to 24 thermobaric rockets more than 200 miles 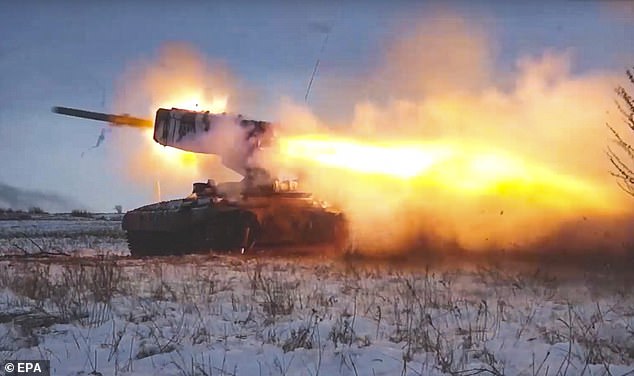 Russia has been operating the system since the early days of the war (pictured), but it is proving particularly adept in the wide-open battlefields of the Donbas

A dramatic video from the region showed the devastating shockwaves produced by Russia’s TOS-1 rocket system which fires thermobaric warheads – known as ‘lung-crushers’ because of the vacuum they create when they explode.

The vacuum blast is also prized because of its devastating effect on nearby defensive positions.

TOS-1 systems have a range of up to 340 miles and carry 24 rockets, meaning they can shoot much further than anything in Ukraine’s current arsenal.

Kyiv does have some rocket artillery, but they are largely old Soviet systems such as the Grad. It is not clear how many of the systems are left after months of fighting.

The base-model Grad has a range of up to 250 miles and can carry up to 40 rockets.

Ukraine has adapted some of its Grad launchers into more modern systems, dubbed Bastion and Verba, though their capabilities are not clear.

The American M270 can carry up to twelve rockets, though each of them are equipped with ‘bomblets’ that scatter and explode over the target area when the missile strikes. Twelve rockets are capable of dropping almost 8,000 bomblets.

As a sign of how effective the artillery batteries are likely to be, Poland – which has been watching the war in Ukraine closely amid fears it could be next on Russia’s target-list – has recently ordered 500 of the systems from the US. 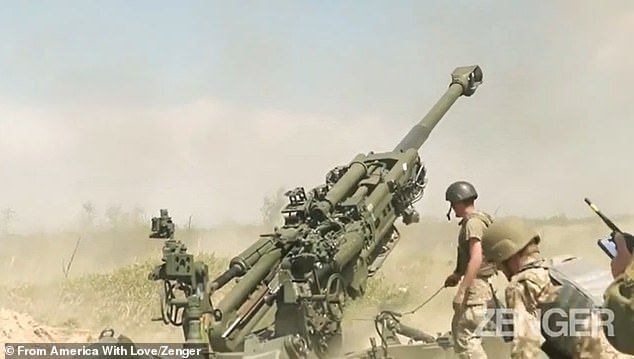 America has already provided long-range M777 artillery cannons, but even these can only strike up to 25 miles when fired with precision ammunition 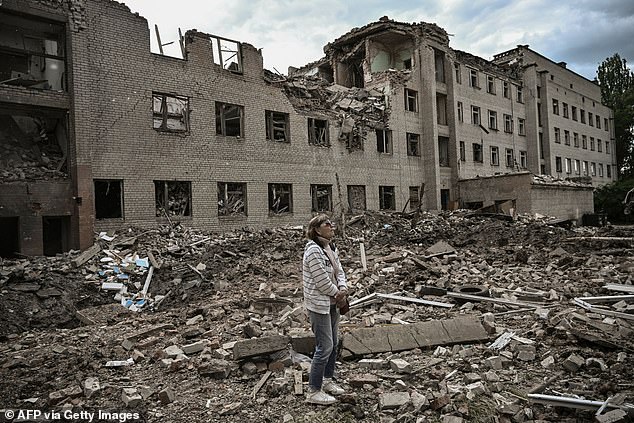 Russia and Ukraine are now locked into a bloody fight over the Donbas, which President Zelensky says has been ‘totally destroyed’ by the fighting

Mariusz Błaszczak, the country’s defence minister, announced the purchase on Thursday – saying they would be used to form 80 new artillery battalions, making Poland’s army one of the largest artillery forces in Europe.

Russia and Ukraine are currently locked into a bloody struggle for control over the Donbas, an industrial region in eastern Ukraine close to the Russian border.

Though the area has little monetary or strategic value, it has huge propaganda value for Putin because it contains sizable minorities of Russian-speaking citizens.

The despot justified his invasion of Ukraine by claiming – falsely – that Ukraine was about to massacre these citizens and it was his duty to step in an protect them.

For years he has been supporting separatist groups fighting in Donetsk and Luhansk – the two regions which make up the Donbas – and has declared the ‘liberation’ of the region to be the primary goal of his invasion.

Taking Donbas is far less ambitious than Putin’s original war aim of overthrowing the government, but is within the capabilities of his armed forces.

Ukraine has been forced into a series of retreats in recent days and is reportedly taking heavy losses along the frontline here, with Russia creeping forwards.

The battle is viewed as pivotal to the outcome of the war – a Russian win could weaken Ukraine to the point where it would be forced into a peace deal favourable to Moscow, while a win for Kyiv could see it start to retake lost territory.