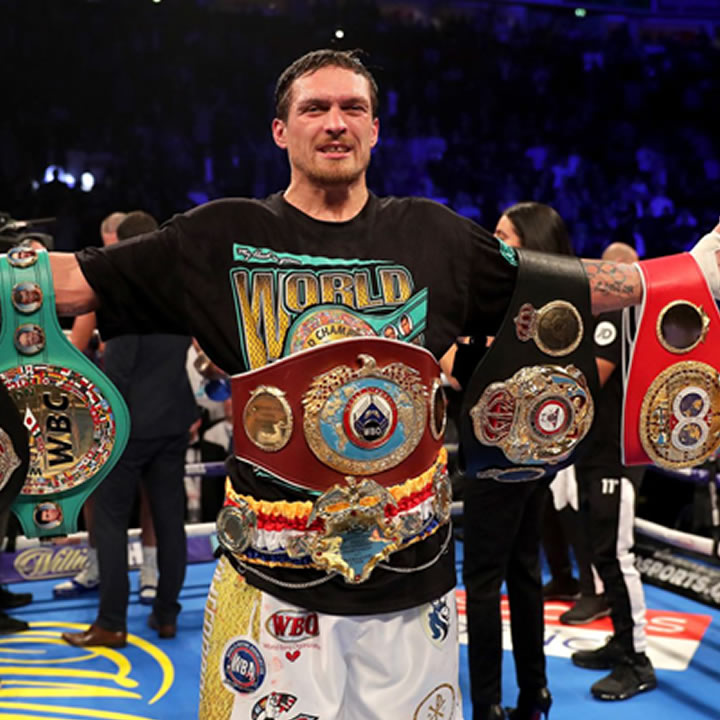 Oleksandr Usyk, the former cruiserweight and heavyweight champion, has established this foundation to raise money and help the Ukrainians fight off the opposing Russian forces in their home country. The casualties of this war have built up far too much.

With more than 8,500 civilians murdered, this three-month war is being compared to the nine-year conflict in Afghanistan.

Usyk, and his squad, refused to remain silent while their birthplace and country went through such a difficult period as a nation. They established the Usyk Foundation to raise funds and contributions from across the globe to help the country become self-sufficient again.

All direct fund implementations and some activities are overseen by a sister company, BGV Charity Fund, which is a partner of Usyk’s new foundation and will be responsible for putting this money where it belongs.

The charity foundation is doing good so far. It is a non-profit organization, and the former heavyweight champion has confirmed his plans to reach 1 million dollars in donations by selling around 2000 NFTs (non-fungible tokens).

Usyk, whose name remains among the biggest names in boxing today, plans to release these NFTs after his rematch with Anthony Joshua very soon, following his win against Joshua in September 2021.

The former heavyweight champions are due to fight later this year.

However, the fight almost didn’t happen and got wrecked by several starts and pauses. The primary problem with the match arose when Usyk was briefly conscripted into the military following the war situation in his own nation.

While he was eventually discharged from the military to prepare for his battle, the conflict continued to haunt him. In his last fight, which was on July 21, 2018, the undisputed heavyweight champion of the world fought against the iron Murat Gassiev, dominating him the entire match and, in the end, winning the Undisputed Cruiserweight Championship.

Considering most of the deaths and casualties were caused by bombs and explosive firearms, the people are going to need food, shelter, and medical supplies. Thus, the foundation has primarily designated civilian aid as the major area of focus for the next few months.

The primary goal is to provide the fundamental necessities to those who have been impacted by the conflict. Humanitarian supplies will be supplied across the nation to hospital facilities and humanitarian offices.

On February 24, Russia vilely invaded Ukraine, sparking a humanitarian and refugee catastrophe that has seen over 5.7 million people escape to neighboring European countries.

Beyond the death toll, evidence has emerged demonstrating the scope of Russia’s war crimes in places like Bucha, including mass graves, arbitrary murders, rapes, and torture. Civilians’ bodies were also photographed with their wrists chained behind their backs and shot at point-blank range.

How much help Usyk’s foundation can bring to the war-ridden people is only to be seen. But whatever the outcome that will follow, the effort made has been praised by the wider boxing and MMA fraternity.