While speaking to Brisbane’s 4BC radio station, it was revealed the prime minister was in discussions about a potential address to parliamentarians as early as the following week.

‘We are in regular contact with the president and the prime minister,’ Mr Morrison said.

Ukrainian President Volodymyr Zelensky (pictured) could address the Australian parliamentas early as next week after Australia sent millions in aid, coal and weapons to help it resist Russian invasion

‘We would welcome any opportunity for him to speak to the Australian people.’

Liberal MP and former diplomat Dave Sharma says he’s confident every member of parliament would welcome hearing from the Ukrainian president directly about how Australia can support and assist efforts against Russia.

‘If he thinks it could be helpful we should welcome it with open arms,’ Mr Sharma told Sky News.

Australia has issued 5,000 ‘normal’ visas for Ukrainians, 750 of whom have since arrived in the country, the prime minister said. 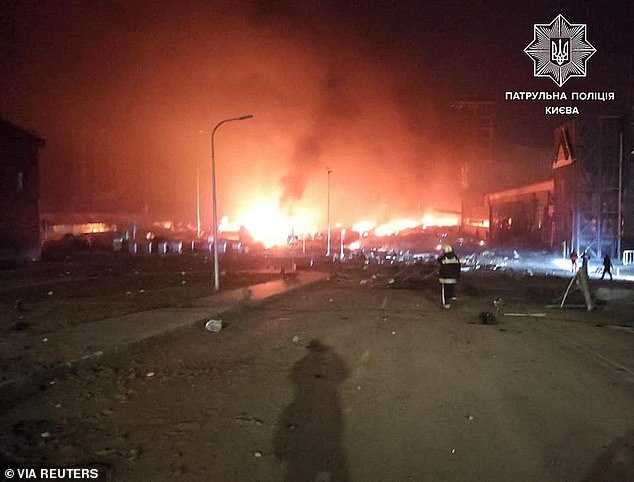 The potential parliamentary address may detail how Australia can further support and assist Ukrainian efforts against the Kremlin.  Russia continued their assault on Kviy, Ukraine (pictured) as airstrikes destroyed the city on Sunday

Mr Sharma says Australia needs to be conscious of Ukrainians wanting to return home after the conflict following the announcement of three-year temporary visas for those fleeing the conflict.

The temporary visas allow the holder to access Medicare, work and for children to go to school.

‘Beyond that it will depend very much on what Ukraine ends up looking like and whether there is a chance of them resettling or not and whether they would like to return to their homes or not,’ he said.

‘I think it is a little premature to be having those conversations right now but certainly down the track those are the things we will need to consider.’

Australia has also donated an additional $21 million worth of Australian Defence Force stock and put aside 70,000 tonnes of thermal coal for Ukraine’s power stations in an effort to prop up its resistance against Russia.

An additional $30 million in humanitarian assistance will focus on protecting displaced women and children and addressing food shortages. 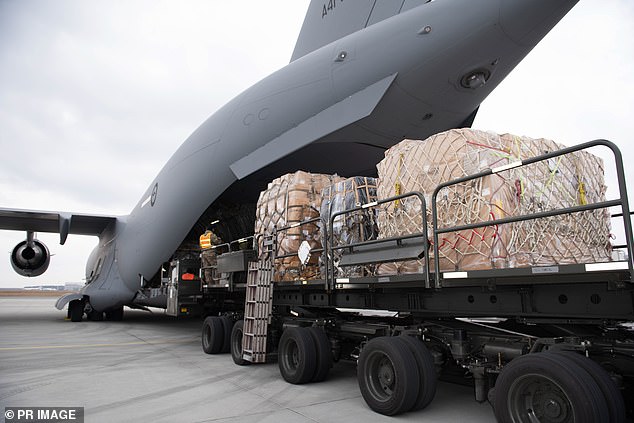