Ulrika Jonsson took to Instagram to share a gorgeous snap of all of her children as the enjoyed a huge lunch on Sunday, after admitting she’d consider signing up to OnlyFans.

She shared the image, which saw her children smiling for a cute selfie, with her 175K followers on the social media platform.

‘Here’s four I made earlier,’ she captioned the sweet post, showing off all four of her children’s stunning resemblance to their mum.

The 2017 Celebrity Masterchef finalist gave fans a glimpse of life as matriarch in the Jonsson household.

She uploaded a set of mouth watering pictures of an impressive roast dinner she had made for her family. 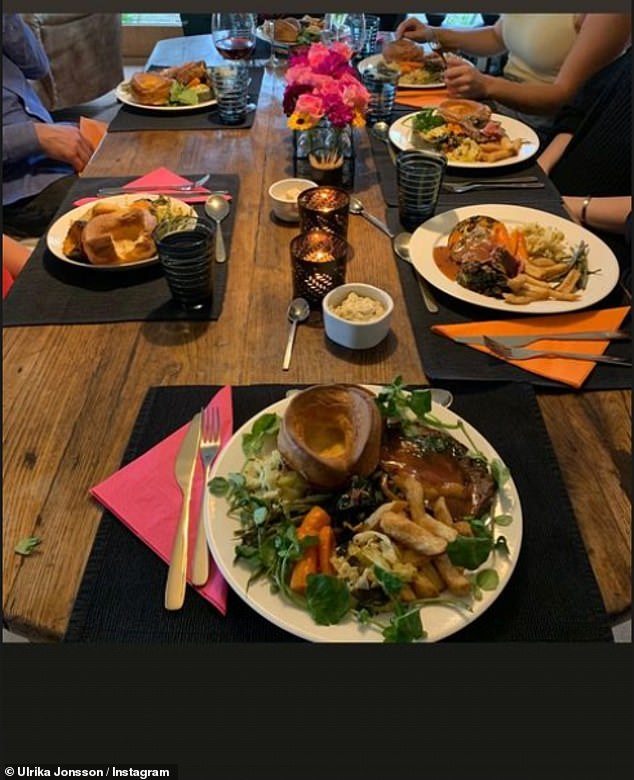 The 2017 Celebrity Masterchef finalist uploaded a set of mouth watering pictures of an impressive roast dinner she had made for her family.

She served up a delicious-looking rack of lamb with all the trimmings as her rarely-seen kids gathered around the table.

Ulrika posted a snap of the siblings, which saw them cuddling in and smiling for the camera as they stood in the dining room.

Earlier this year the TV star hit back at a nasty troll who made comments about how her children have all been fathered by different men. 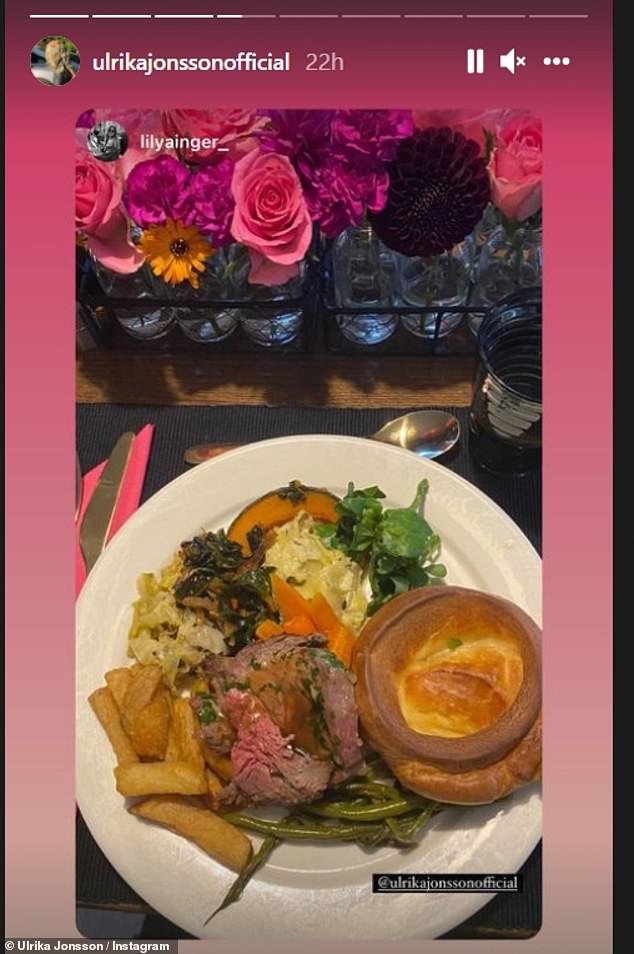 Dinner time: Ulrika prepared a beautiful Sunday feast with all the trimmings

According to The Sun, Ulrika shared the rude message which read: ‘Four children. All with different fathers. Such a mixed up world we now live in.’

Furious, Ulrika told her followers: ‘We have another Karen amongst us. You know the ones with 2 followers and a***hole for a mouth.’

It came shortly after she offered support to Stacey Solomon, who has also been cruelly criticised for having her children with different fathers.

Writing in her column for The Sun, she explained: ‘For me, it wasn’t just about the humour of it. It was meant to injure.’

‘To hurt and, above all, to shame a woman. I didn’t particularly want to be associated with the label because I felt no sense of shame. At all.’

‘My simple history was made to look and seem complicated by the fact that my life had worked out differently to normal expectations — to the ‘norm’. 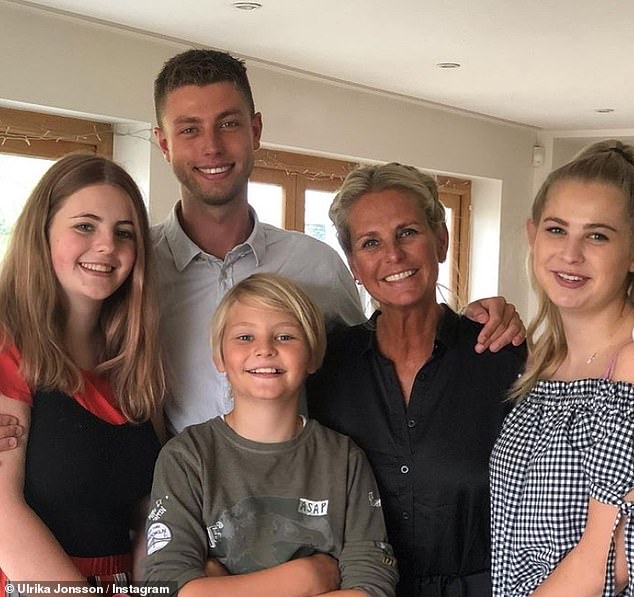 Mama bear: Ulrika is fiercely protective of her family in afte trolls commented on the their fathers

The cute family images comes days after Ulrika revealed that she is ‘seriously considering’ launching an OnlyFans page.

She made the admission after accidentally flashing her nipple in a steamy bedroom selfie taken in the early hours of the morning.

Urika was taking part in an Instagram Q&A on Friday when a fan asked, ‘Only Fans?’ 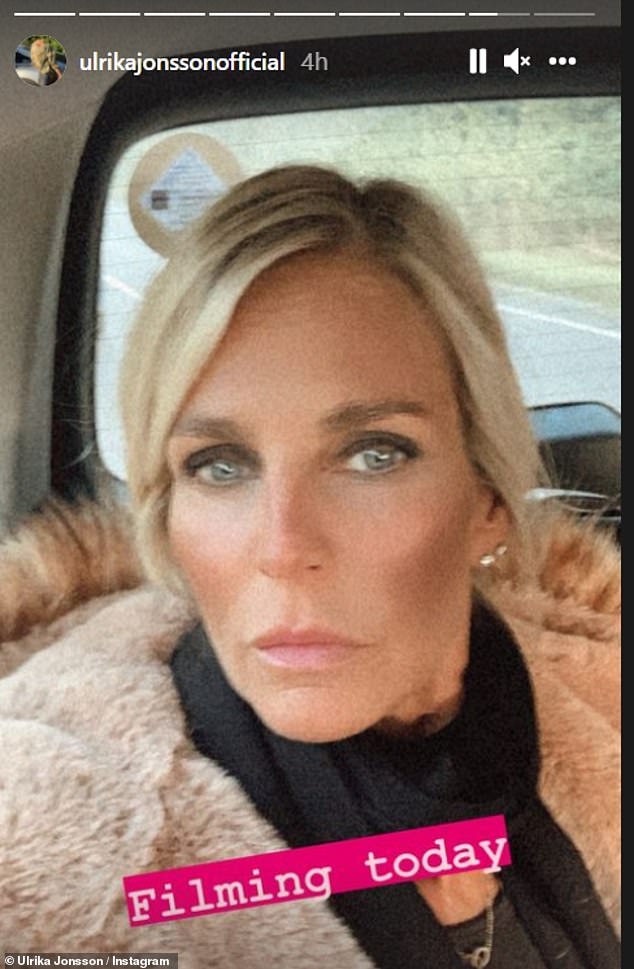 Nipple gate: The presenter accidently flashed a nipple while posing bed for an instagram snap

‘…Seriously considering it [sic],’ the former weather presenter teased along with the eyes emoji.’

Taking to Instagram on Tuesday, the star suffered a nip slip while posing in bed.

She wrote : ‘Personally what I love most is when my body clock wakes me up at 3.44 and I can’t go back to sleep. Sets me up nicely for the day.’ 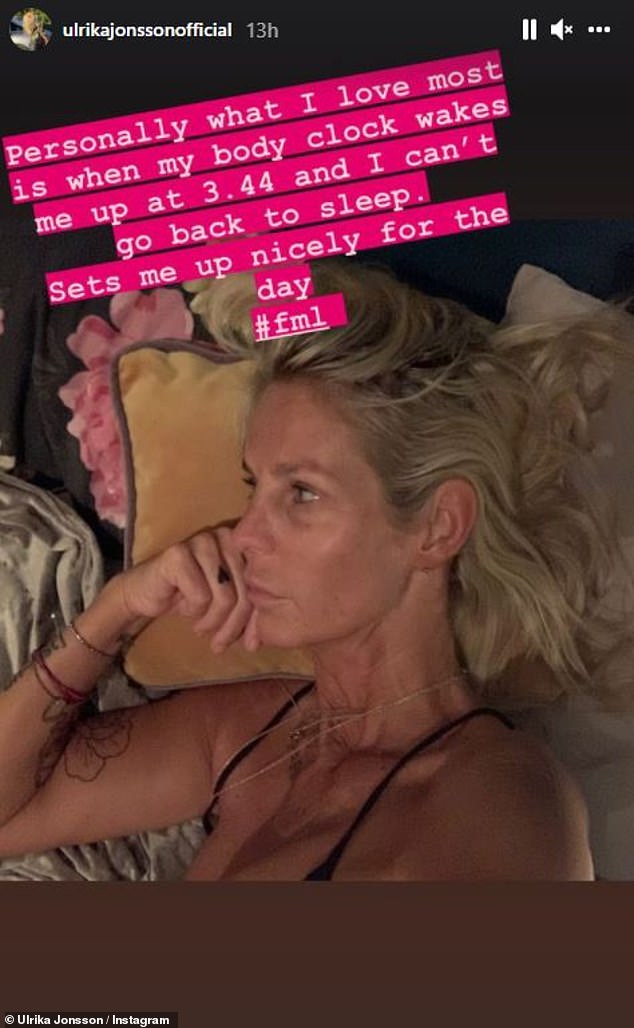 Night time musings: Ulrika spoke about waking up in the night to her 175k Instagram fans