UNDER THE MICROSCOPE:  Pundit and ex-footballer Jermaine Jenas, 36, answers our health quiz

UNDER THE MICROSCOPE: Pundit and ex-footballer Jermaine Jenas, 36, answers our health quiz

By Sarah Ewing for the Daily Mail

Yes. I was super-fit as a footballer with only 6 per cent body fat — now it’s 10 per cent. I retired in 2016 after rupturing a ligament in my knee, but I spend an hour at the gym three to four times a week. I’m also kept active by my three young daughters — Sancha, 11, Geneva, six, and Olivia, two.

I’ve always eaten well — it’s the type of food I genuinely enjoy. I do all the cooking at home [he married model Ellie Penfold in 2011]. I love a simple lunch — grilled marinated chicken breast, rice and some veg. In the evening, I’ll eat fish or steak.

I used to have a ridiculously sweet tooth and could go through a whole packet of Jammie Dodgers. Nowadays, a cup of tea and a biscuit is as bad as it gets.

Thankfully no, but I have a full body check-up every year, just as I did when I was playing. You hear so much about young people being diagnosed with scary diseases and I want to know before it’s too late.

I’ve always had quite low levels of vitamin D — even when I was outdoors all the time playing football — which made me more likely to get run down. I’m told it’s common for Afro-Caribbeans. I try to eat as many foods as possible that are high in vitamin D and I take a supplement.

I tore my left Achilles tendon in 2011 and ruptured the anterior cruciate ligament in my right knee three years later. It snapped in half and the other ligaments detached.

I knew immediately my career was over, even though I tried for well over a year to get back to match fitness. I was surprised at how complicated the rehabilitation was after surgery. Now, I run, swim and play golf and tennis, but I still have to be careful — it could tear again. 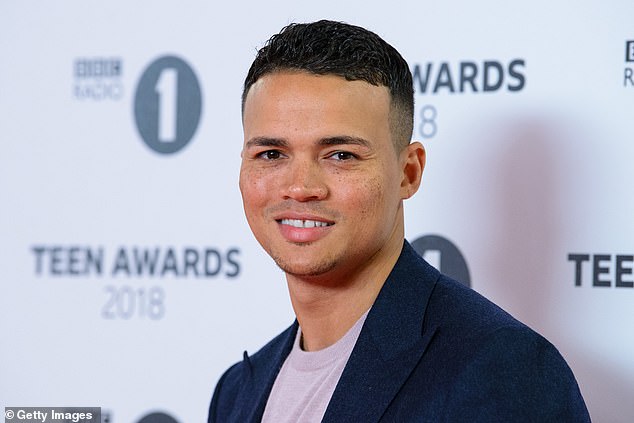 ‘Being forced to retire at 32 was like a death to me because I hadn’t done all I wanted to do. Thankfully it enabled me to start a different chapter and become a successful TV commentator,’ he says

Yes, back when I was playing football. Acupuncture and deep tissue massage were the best treatments if I had a back spasm before a game.

No, I always try to see the bright side. Being forced to retire at 32 was like a death to me because I hadn’t done all I wanted to do. Thankfully it enabled me to start a different chapter and become a successful TV commentator.

Three kids running around at 6am. And plenty of water.

love to. Some parts of our lives seem so rushed — it would be nice to have longer to enjoy them properly.

Jermaine JENAS is an ambassador for Eat Like A Pro by Beko. For more information visit: beko.co.uk/eatlikeapro