The spirit is willing, but the flesh is not. I’ve had my right hip done twice in 18 months, and it’s not really worked.

Absolutely! For breakfast, it’s always fruit — bananas, strawberries, peaches. I eat salad endlessly — I have a splendid Italian wife, Valeria, who makes brilliant salads. She’s the great thing in my life. We’ve only been together nine years and we’re both third time up in marriages.

Approaching 80: Henry Blofeld tries to enjoy a balanced diet with gentle exercise, but the latter is hampered by twice-done hip surgery

Digestive biscuits. When Valeria isn’t looking, I sneak a packet up beside our bed and she sometimes hears me munching in the night and then all hell breaks loose. I also love drinking and I miss white Burgundy. However, as I am often away on tour, I drink for less than six months a year and my cardiologist says he’ll settle for that.

I inherited my mother’s digestive system, which is perfectly beastly. So I have terrible indigestion.

MRSA after a gallbladder operation in 2005. For six months, I wore three or four shirts a day because the wound oozed. I thought I was going to die. When I was 17, I survived 28 days unconscious after going under a bus on my bicycle in Eton.

I take statins and an aspirin every day to keep my blood thin. 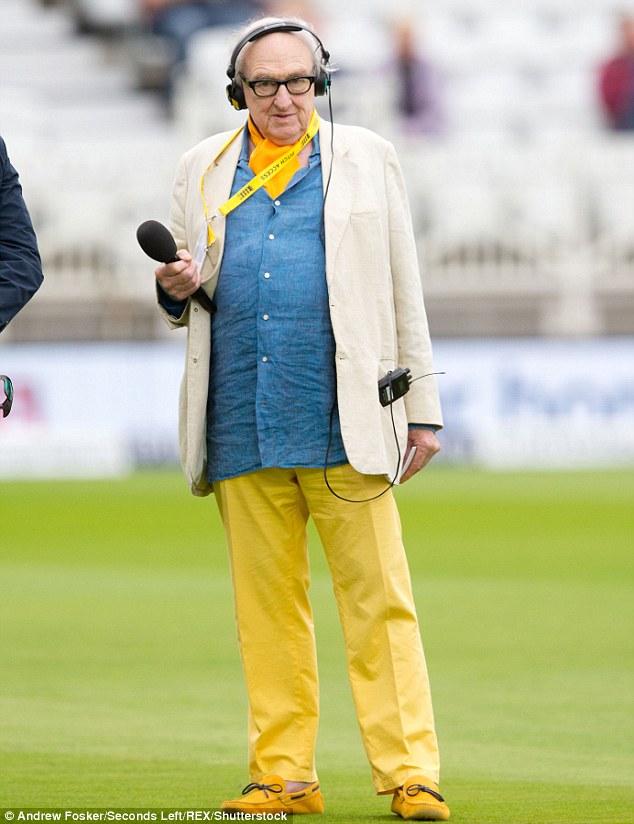 In action: Henry pictured during the 2nd test match between England v South Africa in 2017

When my bicycle went under the bus, I had 14 major brain operations so I think they took most of it away . . . I broke my skull all round, except for a 5in square at the back. I was lucky not to be a cabbage.

EVER HAVE PLASTIC SURGERY?

After that accident, my nose almost didn’t exist. It was 1957 and the surgeon built it back up under local anaesthetic — I could hear him tightening the skin and chopping.

No, I’ve always dealt in tomorrow rather than yesterday.

Heights. If I stood on a table and looked down, I’d feel uncomfortable.

No. You think it would be lovely to live to be 100 if your mind’s all right, but one’s body is going to be decrepit. I will never go into a home. I don’t want the money I’m leaving to my daughter [Suki, 53] to be spent on keeping me alive for no purpose — that sickens me.