Coming soon to an airport not that far away – a Star Wars-themed plane where passengers board to the movie’s iconic soundtrack and watch R2D2 and C3PO in the safety video.

The plane in question will be a United Airlines Boeing 737, which will be given a livery that features spacecraft from the movie franchise, including X-wings and Tie-fighters, and a lightsaber on each side of the tail.

On board, the Chicago-based carrier will be offering Star Wars-themed amenity kits and the headrests will be affixed with the emblems of the film’s dueling factions, the Resistance and the First Order.

The branded aircraft is being launched to coincide with the release of the latest movie in the franchise, Star Wars: The Rise of Skywalker.

It will be officially unveiled next month – and those flying on the aircraft will receive commemorative pin badges.

The safety video also features the likes of BB-8 and a Stormtrooper and shows famous Star Wars attractions around the world. 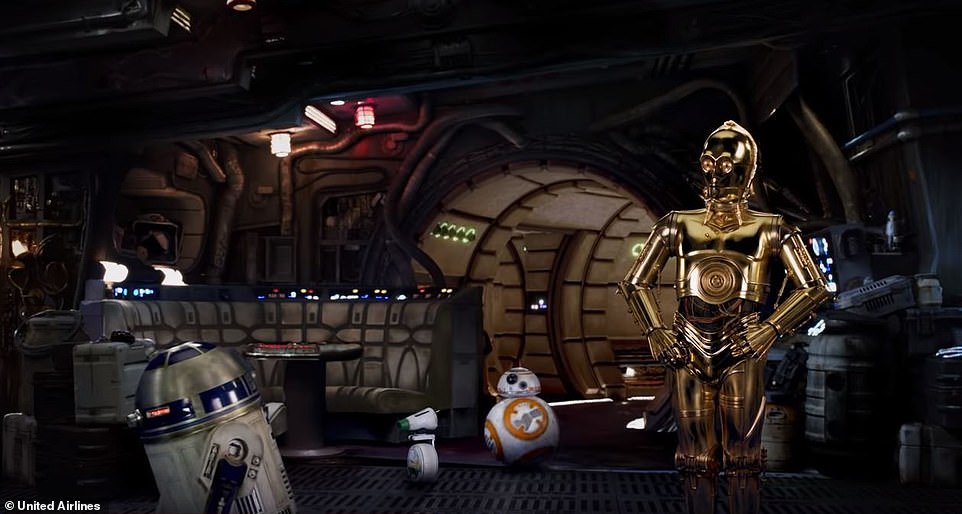 R2D2, C3PO and BB8 will feature in the Star Wars-themed safety demonstration video 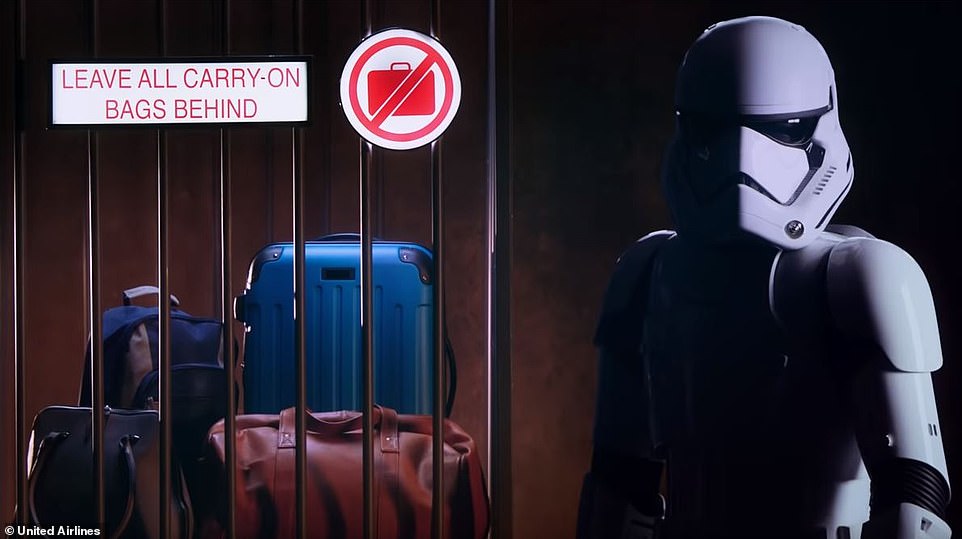 The branded aircraft is being launched to coincide with the release of the latest movie in the franchise, Star Wars: The Rise of Skywalker. Stormtroopers also feature in the in-flight safety video

And even though not all Star Wars fans will have the chance to see the new livery in person, they will be able to track the aircraft via a special icon on FlightAware.

The icon will appear on FlightAware’s maps as the X-Wing starship. 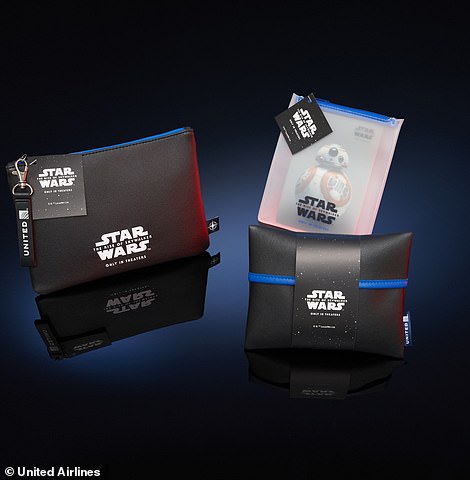 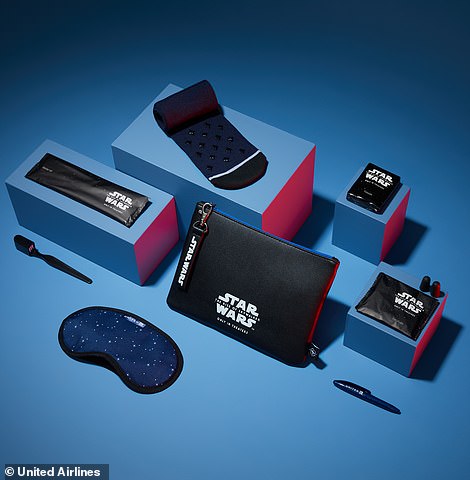 The Star Wars-themed amenity kits that will be available on board. Headrests, meanwhile, will be affixed with the emblems of the film’s dueling factions, the Resistance and the First Order

‘We are thrilled to join forces and help promote the concluding chapter of the Skywalker story, while at the same time enlisting help from our new friends from the Star Wars universe to demonstrate the importance of safety for our customers and colleagues.’

The jumbo jet is adorned with a huge Millennium Falcon and a Star Wars: Galaxy’s Edge logo that’s 144 feet from end to end.