He was brought in for big money, but only managed one Premier League goal in the 2018-19 season, compared to the impressive 24 he scored at Arsenal in 2016-17.

He had been on a serious drought, until he finally scored a goal for Chile in the Copa America against Japan, his first goal in 144 days. 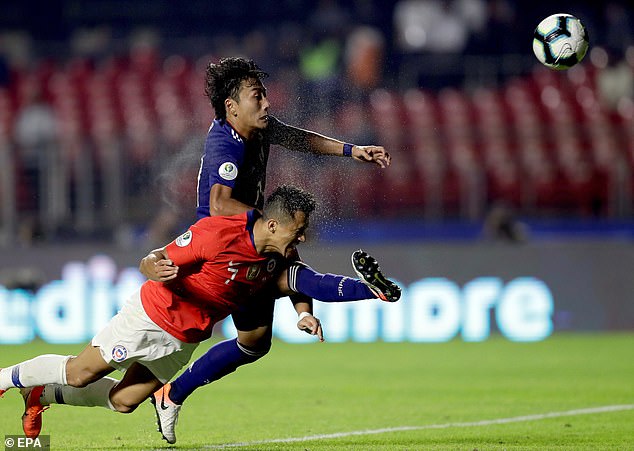 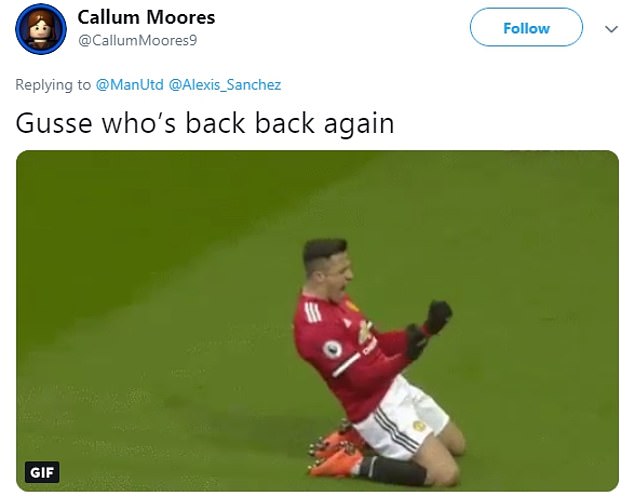 Manchester United fans are relieved, with some hoping he will soon be back to his best.

‘Guess who’s back, back again,’ said another, quoting Eminem with a GIF of Sanchez sliding on his knees in celebration.

‘Give him one more chance, he will shine,’ said one more fan, hoping that the Chilean will be given more opportunities to prove himself for Manchester United next season.

Perhaps it is wishful thinking from United fans, or perhaps Sanchez really has turned a corner.

Some would argue that his goal came late in a match which Chile were already winning 2-0 against a weaker opponent.

However, he did well to attack the ball and win the header for the goal, and he won the man of the match award after also registering an assist for the fourth goal.