The duo, then world No 1 and 2, were famously put out together by Hal Sutton in 2004 at Oakland Hills and failed to win a point on the opening day – leading very quickly to the experiment being scrapped and never repeated.

On Tuesday Mickelson suggested both players would now welcome the chance to give it a go again, but Furyk appears to have no intention of giving them the opportunity.

‘Dusting down Hal Sutton’s 10-gallon hat. Wow!’ said the USA captain when asked about the prospect.

‘I guess nothing’s out of the realm. They did play some golf yesterday. I think they both mentioned it would be a lot better pairing than it was in the past.

‘I’m not really from Texas, so we don’t wear a lot of 10-gallon hats in Pennsylvania.

‘You know, I won’t ever say it wouldn’t happen, but it’s probably not too likely.’ 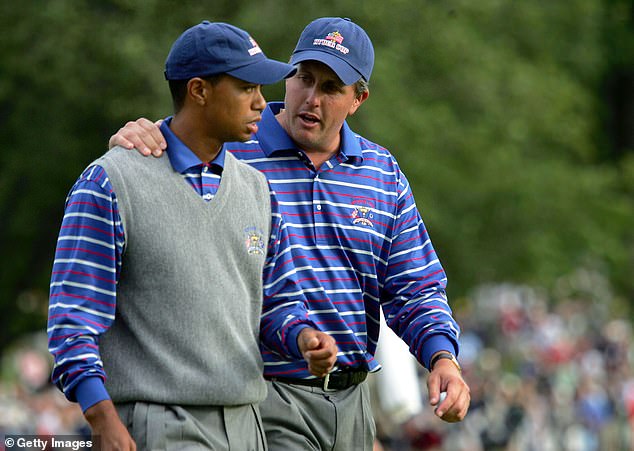 Furyk said many factors were involved in trying to pick the right pairings and he relied a lot on the information his vice-captains fed back to him from following the practice groups.

‘I think one of the tasks for every captain, and the vice captains, is really trying to figure out not only your best pairing, but how you get your best four or your best five, your best six,’ he added.

‘We have the analytics team in place, and they have opinions on why guys match up well together from a statistics standpoint, but we really need to understand the personality side and how guys mesh together and why that happens.

‘I think it’s a combination of both, but I’ve got a lot of experience on my side with our vice-captains.

‘I’ve got a lot of guys that were world-class players themselves, played on a significant number of these teams and understand the inner workings, and there’s a lot of feel that goes into it as well, and I really trust and believe in their opinions.’ 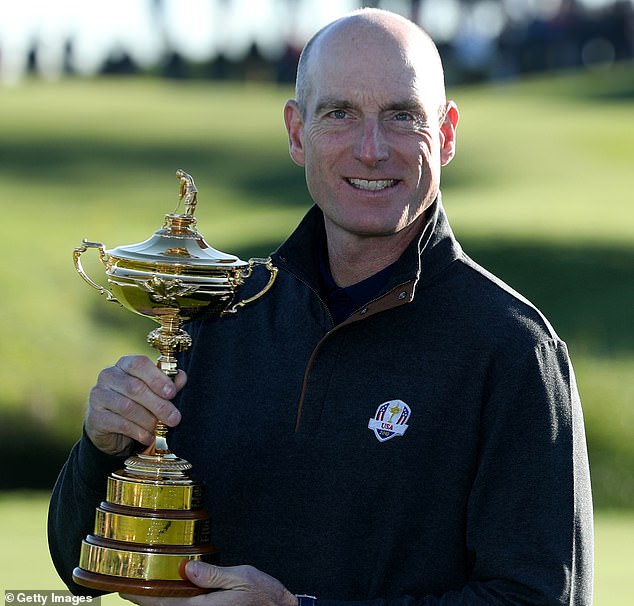 Despite being the holders and favourites to win in Paris, Furyk insists they are taking nothing for granted.

‘The players are very well aware of the history of the event, the talent and pride on the other side,’ he said.

‘There is not a worry on my end of any overconfidence, complacency – no-one is putting the cart before the horse.

‘This group of players have been fun, unique and extremely easy to work with.’