A Bristol University Black and Ethnic Minorities officer is facing an investigation after telling a Jewish student he should ‘be like Israel and cease to exist’.

Omar Chowdhury was elected to the BME Chair position on a platform of ‘zero tolerance for racism’, and his priorities included increasing ‘solidarity between cultural societies’, ‘decolonising the curriculum’ and bringing multicultural and Halal food on to campus, according to a campaign leaflet of his.

After winning the role, he went on to tell fellow student Izzy Posen his comments were ‘like Israeli settlements: always popping up where they aren’t wanted’.

Mr Chowdhury also told Mr Posen, who is Bristol University’s Free Speech Society President, he was ‘literally the biggest example of the condescending white man’, and accused Mr Posen of ‘trying to silence the voices of women and minorities’ after the student stated that ‘everyone is entitled to an opinion’.

The comments appeared on the Bristruths Facebook page – used by students to publish their thoughts and opinions without revealing their identities. 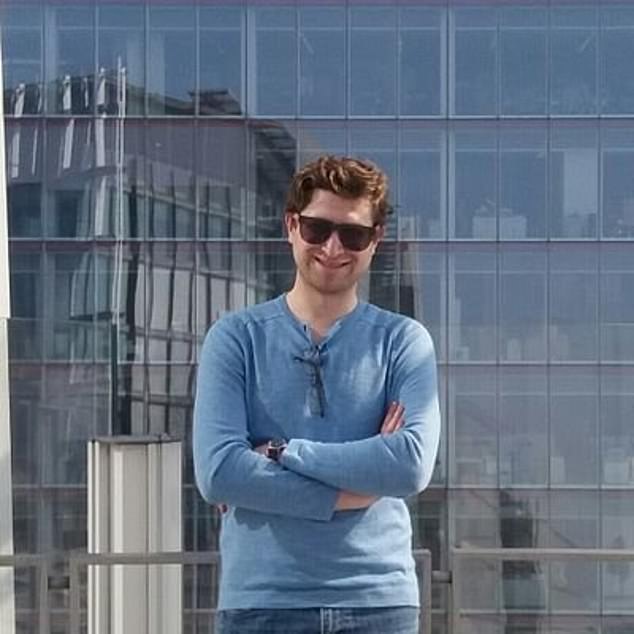 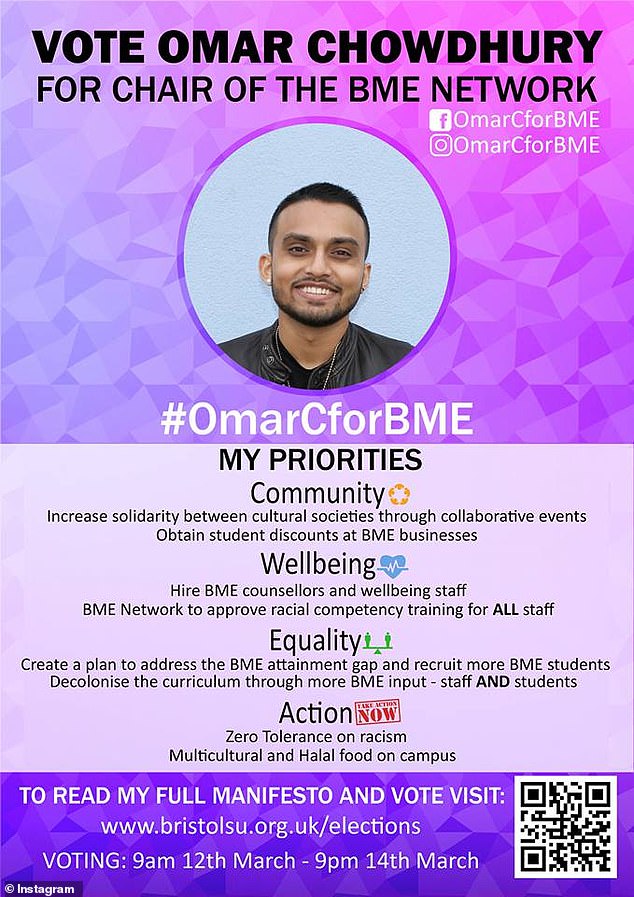 Mr Chowdhury’s priorities include increasing ‘solidarity between cultural societies’, ‘decolonise the curriculum’ and bring in multicultural and Halal food on campus, according to a campaign leaflet (pictured)

A student had written anonymously in the group, saying it would be ‘such a double standard’ if Mr Chowdhury was not removed.

The post said: ‘Jewish people are repeatedly swept under the rug, people are continually allowed to get away with this stuff.

‘This is clearly someone who shouldn’t be representing Bristol students.’

Another student posted: ‘For people thinking this isn’t a big deal: imagine if he had said to a Muslim student ”be like Palestine and cease to exist”.

‘There would be a massive outcry and he would likely have had to stand down already. 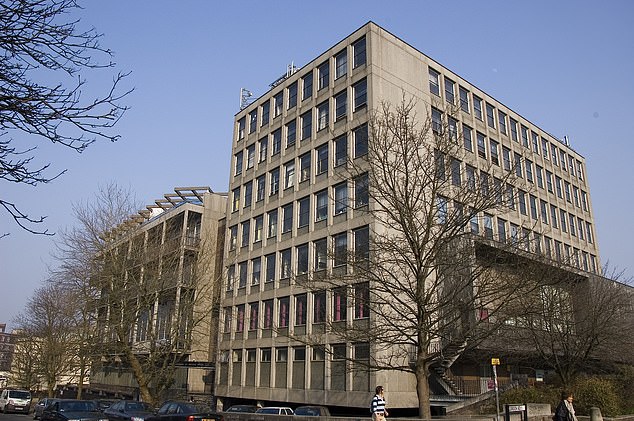 ‘I’m no fan of the current Israeli government myself but I dislike double standards even more.’

In a separate post in the group, Mr Posen said: ‘I think we should use respectful language not only because of our language coming back to haunt us, but because we want to be the kind of people who can respectfully disagree with each other and who can argue for their opinions intelligently, rather than just throwing a verbal tantrum.’

According to some of Mr Chowdhury’s campaign literature, he planned to prioritise having the BME Network ‘approve racial competency training for ALL staff’ and creating a plan to ‘address the BME attainment gap and recruit more BME students’.

Ms Patterson said the student union had become aware of the comments made by Mr Chowdhury and spoken to both students involved.

She posted in the group: ‘We are investigating the case under the SU Code of Conduct (our disciplinary procedure).

‘Bristol SU takes accusations of antisemitism extremely seriously and will investigate fully and confirm the outcomes with both the students involved.’