A swinger murdered a transgender woman after a three-day sex and drugs binge before recruiting his teenage girlfriend to help clean up the crime, a court heard.

Jesse McDonald, 25, is accused of drugging Naomi Hersi, 36, before stabbing her to death with a knife and a broken bottle in a hotel room near Heathrow Airport.

The Old Bailey heard that ‘bright and articulate’ McDonald had met his victim when he went ‘looking for excitement’ on a website called Fabswingers.com.

After the killing, he got bags and cleaning products before contacting his girlfriend, Natalia Darkowska, 18, who joined him in the attempted clean-up, the jury was told.

Jesse McDonald, 25, is accused of drugging Naomi Hersi (pictured) before stabbing her to death with a knife and a broken bottle in a hotel room near Heathrow Airport

Prosecutor Mark Heywood said McDonald had planned to dispose of the body, but the victim was found half-naked, partly covered by a rug on the bathroom floor.

‘Each was thinking of themselves and each other, without a care for the deceased, whom they believed was unlikely, because of her lifestyle, to be missed,’ he said.

Mr Heywood said McDonald will claim self-defence, telling jurors: ‘You will not have to decide whether there was a killing or who did it.

Natalia Darkowska is pictured arriving at the Old Bailey

‘The first defendant, Jesse McDonald, accepts he inflicted all of the many injuries that caused the terrible, violent death she suffered.’

The court heard that Ms Hersi, whose legal name was Hersi Mohamed Hersi, was an openly transgender woman, although to her family, who are originally from Somalia, she remained a much-loved son.

McDonald, who grew up in West Sussex, did well in school, but turned to dealing drugs after dropping out of the London School of Economics (LSE), it was said.

He met Ms Hersi, who lived in Mill Hill, north-west London, online before spending four days with her, jurors were told.

‘They passed time together, took drugs and had sex at her address, to which she had invited him,’ said the prosecutor.

‘After three days of that, he took her back to her address. After a time, he drugged her, fought with her and eventually killed her, stabbing and cutting her multiple times with a broken bottle and knife and perhaps other things in order to achieve her death.

‘When it was done, when she was dead, he tried to clean it up and avoid detection.’

The court heard that McDonald then contacted others, including his then 17-year-old girlfriend Darkowska, whom he had also met online.

She was living with her family, from Poland, in Trowbridge, Wiltshire, at the time.

‘His girlfriend, the second defendant, travelled to him and joined in with him at this stage of the attempted clean-up,’ said Mr Heywood.

‘Once she understood what had to be done, she went to buy the necessary things and tried to help and support him through it.’ 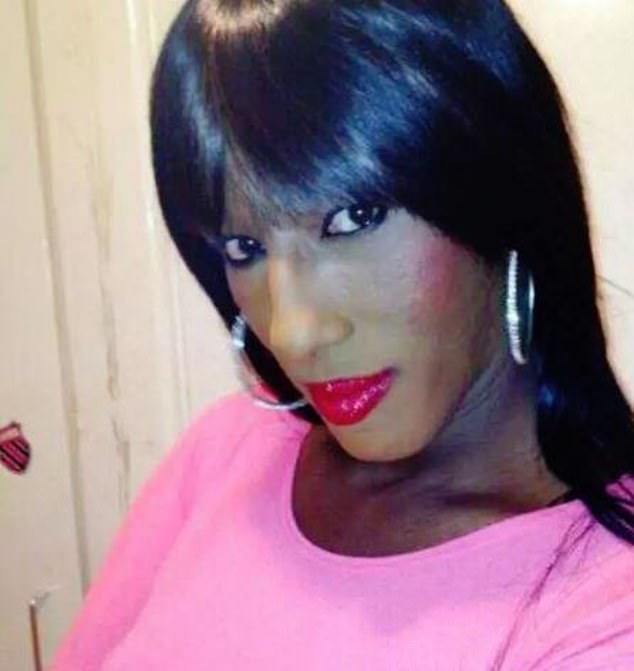 The court heard that Ms Hersi (pictured) was an openly transgender woman, although to her family, who are originally from Somalia, she remained a much-loved son