University of West Florida student, 18, is recovering after being struck in the chest by LIGHTNING

A Florida student is lucky to be alive after she was struck by lightning as she walked to class on the campus of the University of West Florida.

Emma Eggler, 18, who is originally from Birmingham, Alabama, was about to start the first day of her freshman classes in Pensacola when she was suddenly hit by a bolt in her chest, forcing her to the ground at around 2pm on Monday.

Eggler was immediately helped up by staff and students who found she was unable to get up from the sidewalk on her own.

Emma Eggler, 18, was walking to class when she was struck by lightning. She is pictured in her hospital bed hours later 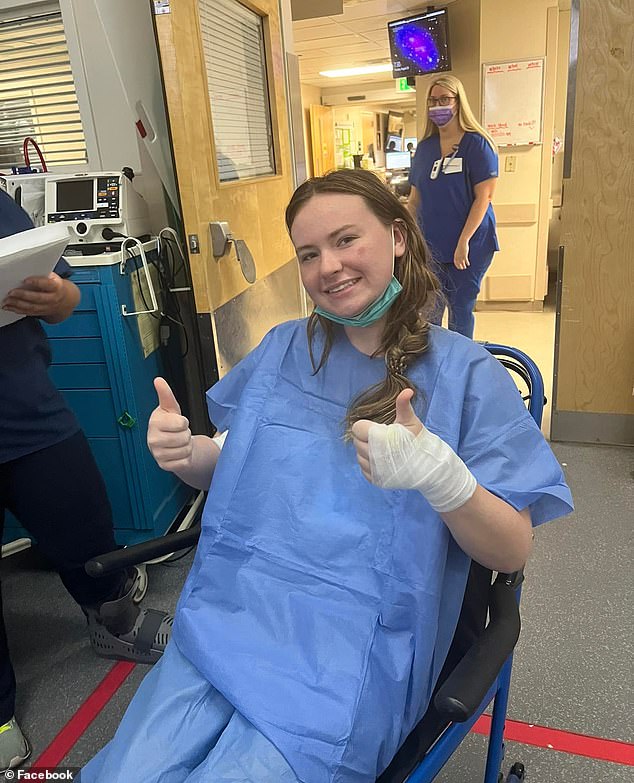 ‘I didn’t really feel anything at all I just woke up on the ground,’ Eggler said to ABC3. ‘A lot of doctors told me I should buy a lottery ticket because I was so lucky,’ she added.

‘My shirt was completely open because of the lightning strike,’ Eggler said. ‘It melted to me.

‘I was able to get my backpack off but I couldn’t feel my legs at all and I was scared I was paralyzed and I was really panicking,’ she explained.

‘There were other people around walking, and it was storming, but it seemed like it was farther away. I thought I had just fallen. I didn’t realize that I had been struck by lightning, I was more embarrassed because I thought I tripped and fell on the ground. Then, I realized I couldn’t move, I couldn’t speak and I couldn’t do anything.’ 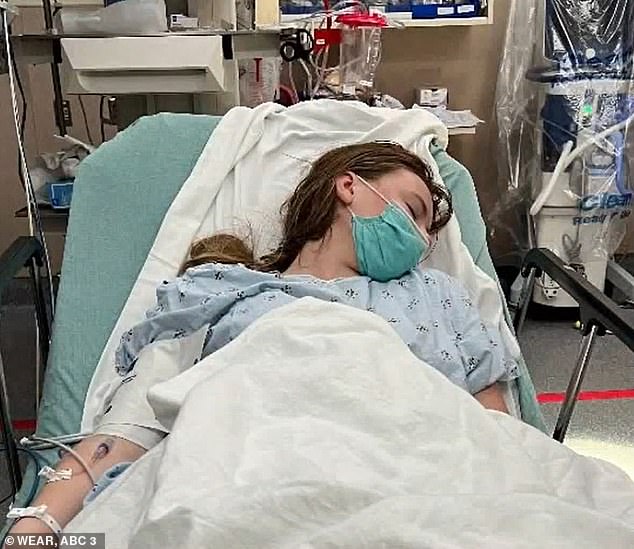 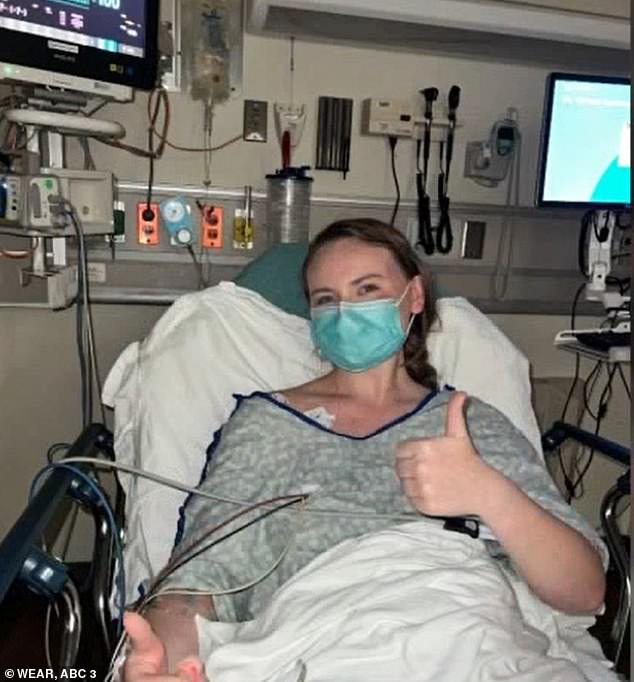 Eggler was rushed to Ascension Sacred Heart in Pensacola and then on to University of Alabama Hospital in Birmingham, her home town 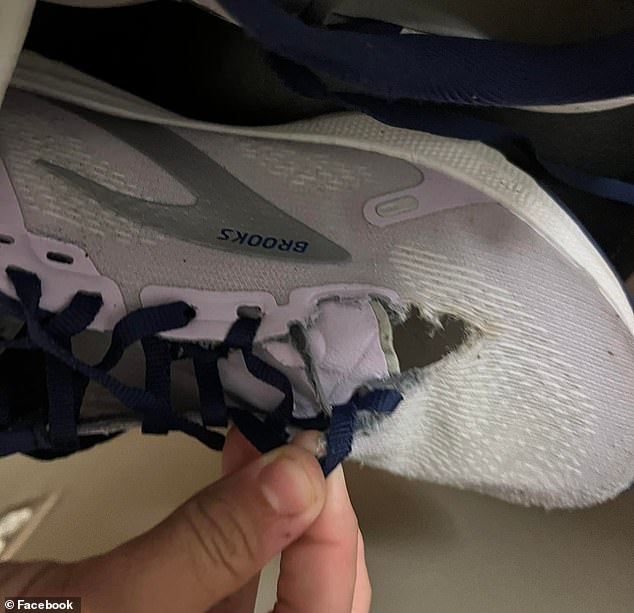 The strike melted off her shirt, exploded her watch and left holes in her shoes 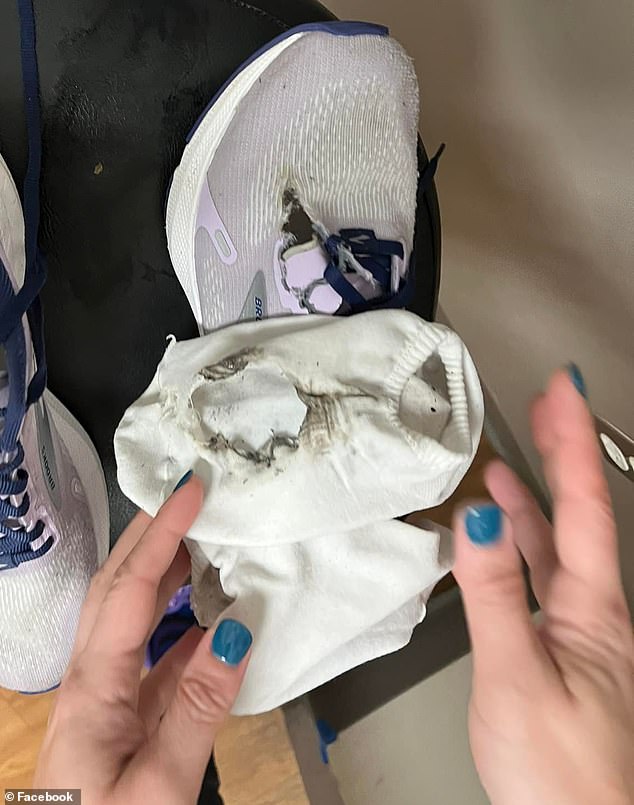 Doctors say she was lucky to be alive following the lightning strike.

The electricity from the bolt traveled down the left side of her body down to her foot leaving a hole in her sock and sneaker. The bolt left her temporarily paralyzed.

A fellow student, senior Nelson Libbert, pulled Eggler up onto a bench.

‘I would be freaking out over this but you’re so strong a strong freshman I know this is a tough first day but believe it or not you’re going to make it through this,’ Libbert said to her and he did his best to calm her down.

‘Nelson gave me the shirt off his back because I basically didn’t have a shirt. Then I sat there with them and waited for the paramedics to come. I truly thought that I was paralyzed,’ she told CBS5. 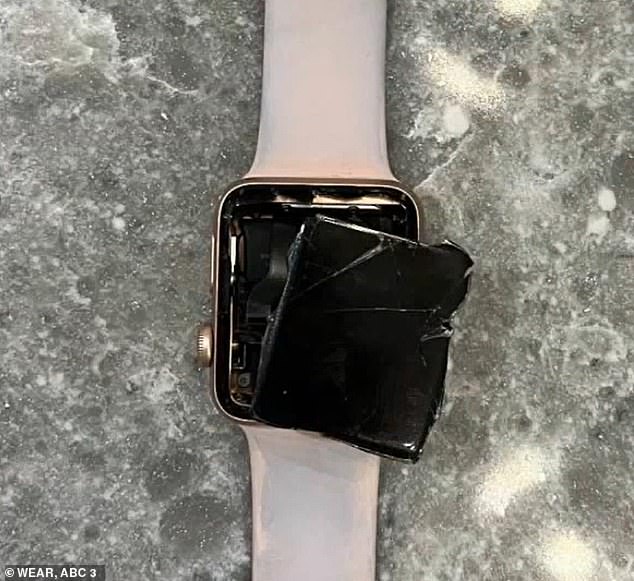 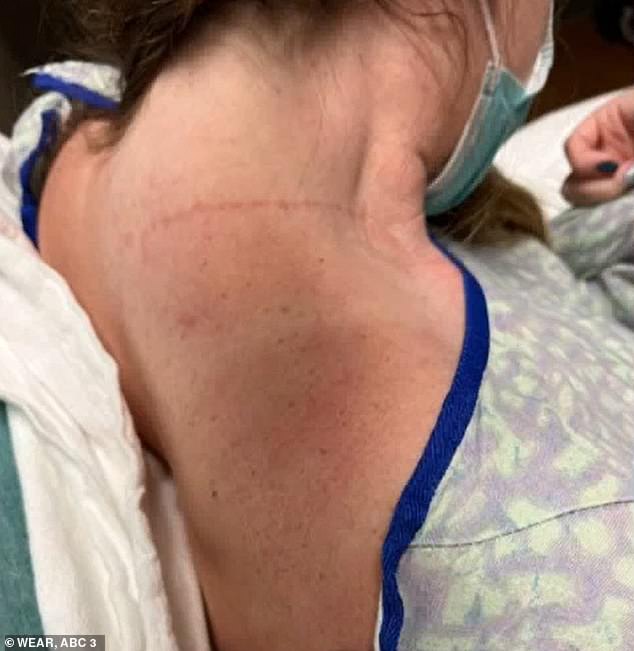 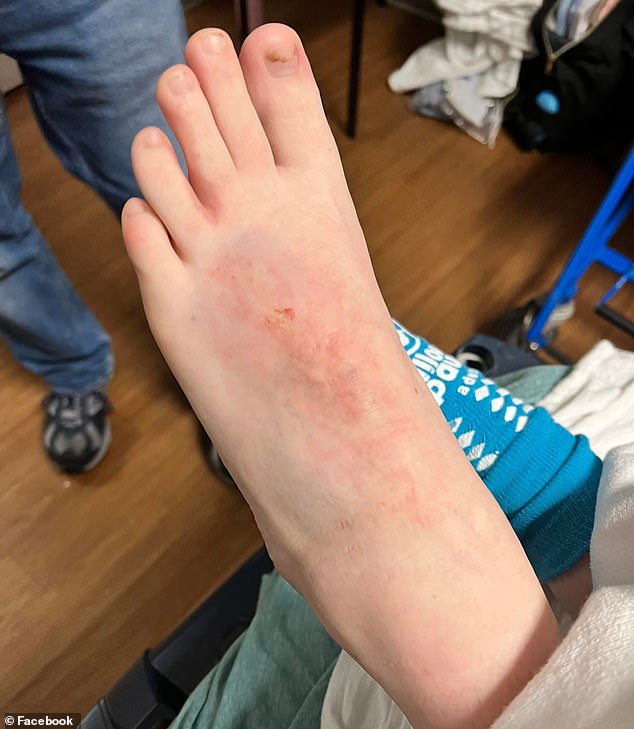 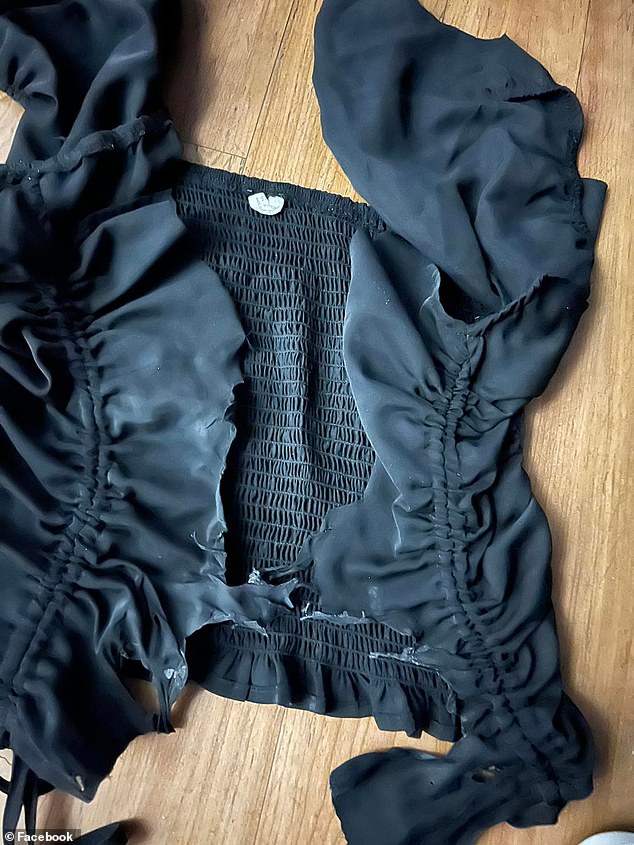 Eggler’s shirt was completely destroyed down the front

Libert called 911 and Eggler was rushed to Ascension Sacred Heart in Pensacola and then on to University of Alabama Hospital in Birmingham.

Doctors told her parents that it was lucky her heart didn’t stop following the strike.

‘We feel like God performed a miracle for her,’ mom, Erin Eggler said. ‘That is the only explanation for why she is still with us’

‘All of the doctors were in shock,’ said Emma. ‘They told me I needed to buy a lottery ticket because I was very lucky. They told me that the lightning went through really close to my heart. The doctors told my mom and cousin that it could have stopped my heart, but it didn’t and that it was the equivalent of having a heart attack, but I didn’t have a heart attack because I was so young.’

Eggler was released from hospital the following day with the feeling and movement in her legs having returned. She plans to return to class next week. 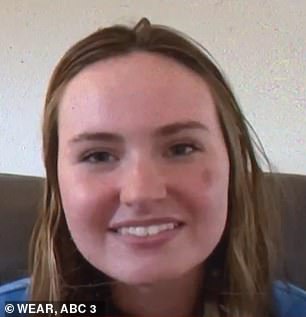 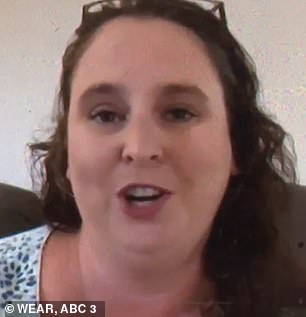 ‘We feel like God performed a miracle for her,’ mom, Erin Eggler , right, said. ‘That is the only explanation for why she is still with us’ 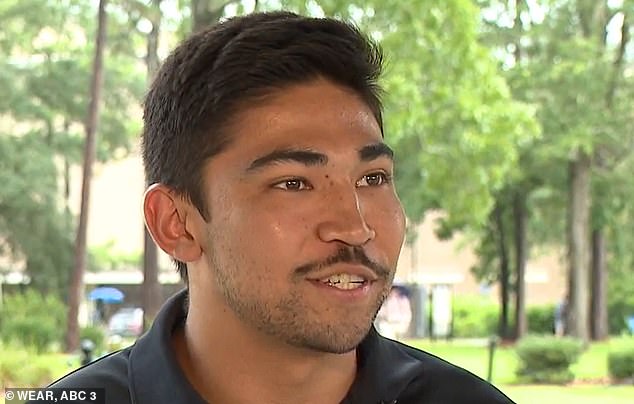 A fellow student, senior Nelson Libbert, pulled Eggler up onto a bench 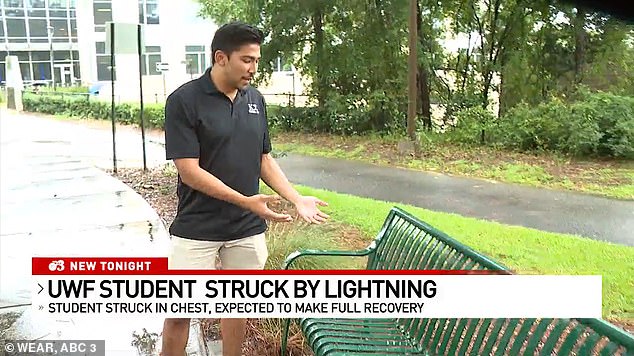 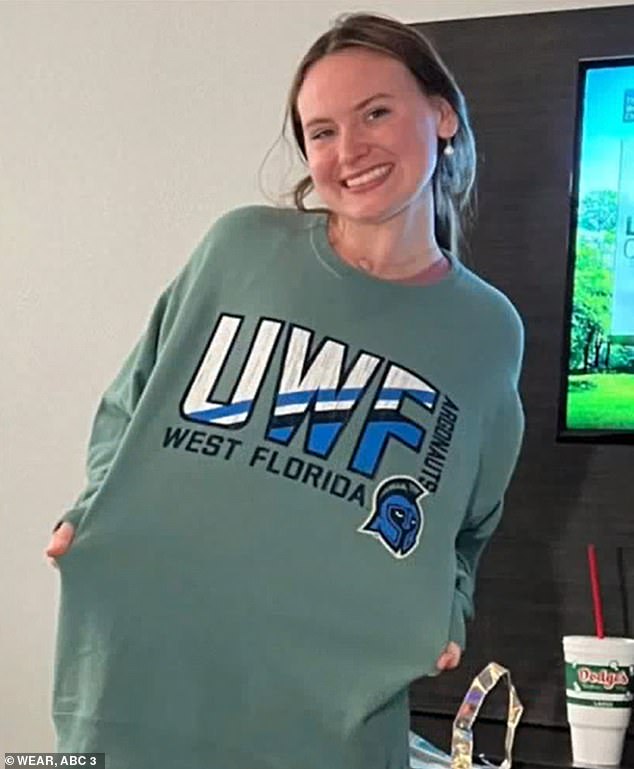 Eggler, pictured above, was released from hospital the following day with the feeling and movement in her legs having returned. She plans to return to class next week