A ramshackle and potentially ‘hazardous’ home just minutes away from mining magnate Gina Rinehart’s mansion has sold for a staggering $2million.

The three-bedroom home on Philip Street, in Hawthorne, Brisbane, was snapped up in an electrifying auction on Saturday, deemed one of the city’s hottest of the year.

The home, which sits on top of a hill, has sweeping city views, is just a block back from the riverfront and a short drive away from shops and restaurants in the CBD.

However, the decrepit property’s front stairs have completely fallen off and simply standing on the rickety balcony risks serious injury.

The three-bedroom home on Philip Street, in Hawthorne, Brisbane has sold to a local family for $2million in an electrifying auction which attracted a crowd of almost 300 on Saturday

The run-down estate attracted a crowd of almost 300 eager punters on Saturday, and saw 22 registered bidders battle it out for ownership of the shack house.

A local family were announced as the successful bidders and secured the property for $2.005million, despite having no concrete plans for the future of the home.

‘For someone to show up and not even know what they are going to do with it is incredible’, the real estate agent told Domain. 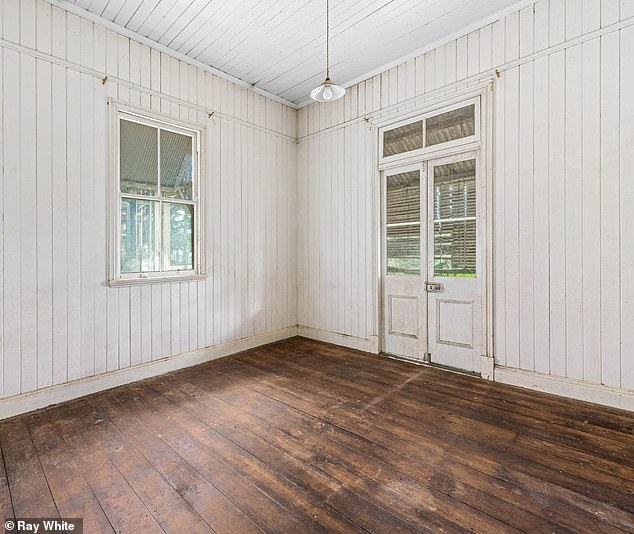 Open houses proved to be difficult for the team as due to safety reasons they aren’t allowed to enter several rooms of the house, and standing on the rickety balcony risks serious injury

‘We even had international phone bidders, developers and owner-occupiers, and it’s not a yielding investment, so it was mostly people wanting to grab a good chunk of land in a great spot,’ he said.

Mr Wortley speculated it would cost the new homeowners several hundreds of thousands just to elevate the property to a liveable state.

The decrepit estate is believed to be more than 100 years old and remained in the same family for 50 years before it was recently named a deceased estate.

Ray White real estate agent Daniel Lazzaroni previously told Daily Mail Australia the home is believed to date back to as early as 1917, and due to its character, isn’t allowed to be knocked down.

‘Anything pre-war you have to keep its facade,’ he said.

‘It’s sort of that iconic house in the area everybody knows, it’s got this really beautiful, grand character.’

Open houses have proven to be difficult for the selling agents the lack of stairs and crumbling timber flooring mean potential buyers aren’t allowed to enter several rooms of the house.

‘We’ve had to get a structural engineer out and now we’ve got a little map prospective buyers can walk through,’ Mr Lazzaroni said.

Only two potential buyers were allowed through the 810sqm block at a time. 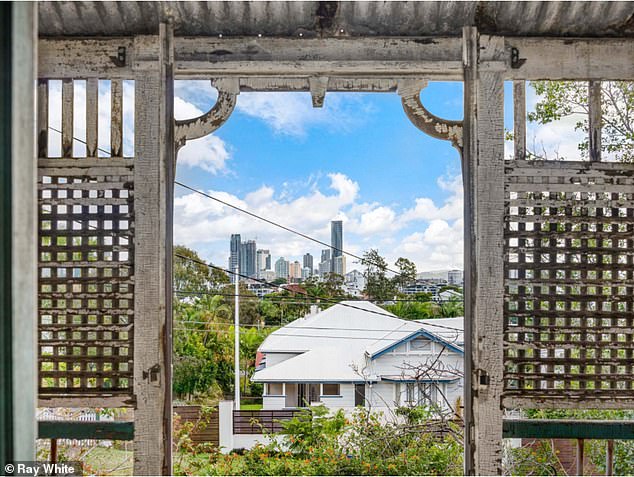 The run-down estate attracted a crowd of almost 300 eager punters on Saturday, and saw 22 registered bidders battle it out for ownership of the shack house

Mr Lazzaroni said the property has garnered a lot of interest even before it was listed, and while the neighbouring house is currently ‘uninhabitable’, the property is able to be sub-divided.

It’s also walking distance to local private schools and 17 minutes away from the city’s airport.

At the time of the deal it was the highest residential property sale in Brisbane, at $18.5million.

In May 2018 property records revealed it has now been transferred into Rinehart’s name. 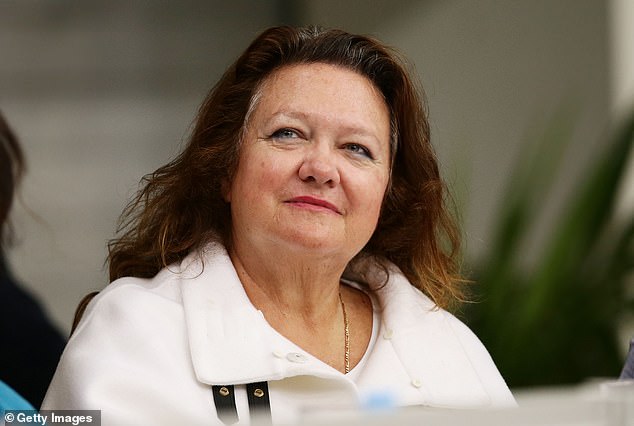 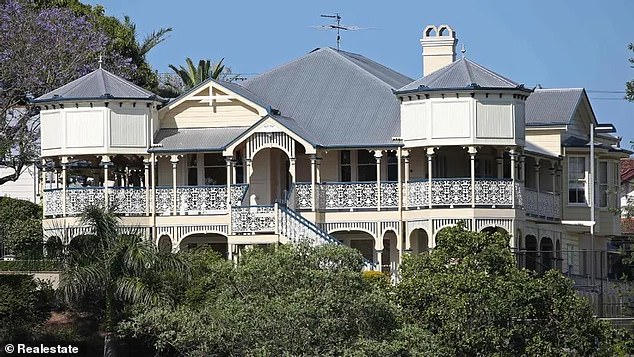 Rinehart bought the sprawling home in Hawthorne back in August, 2014