Unusual new licence plate is spotted on a car in Queensland

Footage has captured the moment a ‘sovereign citizen’ driver clashed with police before she was dragged out of her car.

The woman was pulled over on the Gold Coast, Queensland, recently and recorded her tense confrontation with police.

Video showed the woman trying to speak over the officer, refusing to provide her name and calling him aggressive.

The woman begins to commentate in the video that she has just been pulled over by police before she is interrupted by one of the officers.

He asks her to provide him with her full name but she refuses and asks him for his personal details.

The officer obliges the request before asking the woman a second time for her name.

‘I do not consent,’ the woman said.

The officer warns the woman she will be arrested if she continues to refuse to provide her details.

‘Under what law?’ the woman said.

The officer tells the woman to listen to him before she butts in.

The woman filmed the confrontation on her phone showing her trying to speak over the officer, refusing to provide her name and calling him aggressive

‘You listen to me please,’ she said.

The woman tries to cut off the police officer while he is speaking to her.

‘You’re being very aggressive,’ she said. ‘What crime have I committed?’

‘You are unlicensed at the moment,’ the officer responded. ‘And you’re obstructing me.’

The officer and his colleague explain the woman is under arrest at which point the woman tries to put up her window only for the officer to block it with his arm.

‘Don’t put that up on me, I will bust your window,’ he warned.

The woman accuses them of being violent as the officers stand around her car.

‘I can’t believe the police are going to put me under arrest for a breathalyser,’ she said.

‘Violence, violence by the police! I have done nothing wrong. Let’s discuss this nicely. I will open the door if you calm down.’ 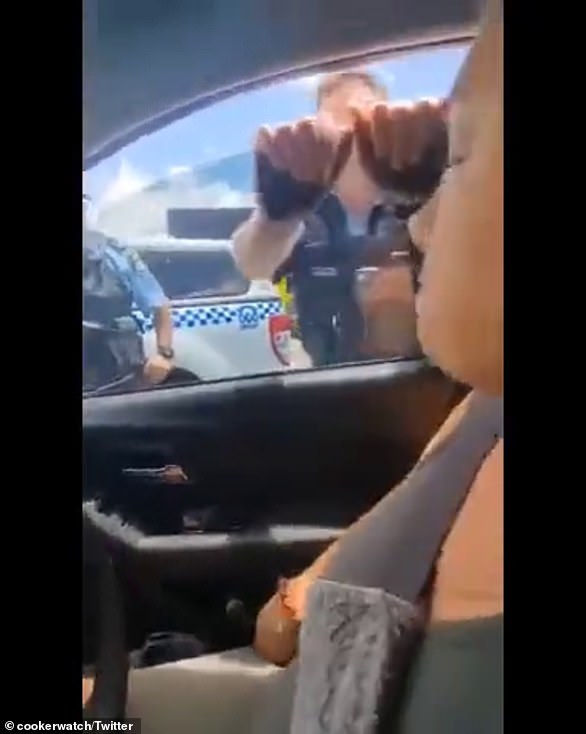 The officer reaches his arm into the car and unlocks the door.

The woman passes the phone to her passenger to continue recording the incident as the officer grabs her right arm and begins to pull her out of the vehicle.

Footage of the altercation was uploaded to Twitter where some social media users slammed the driver’s actions.

‘I love these Sovcit arrest videos. Best thing since the Jerry Springer show,’ one wrote.

A second added: ‘Why do these people video stuff like this? It makes them looking bad towards the police as she is refusing to answer there questions.’

The video comes less than a week after a police officer ripped out the window of a sovereign citizen’s car when she refused to leave the vehicle in a separate incident.

The incident took place in Coffs Harbour, NSW, on Wednesday and started when an officer asked Helen Delaney, 52, to wind her window down. 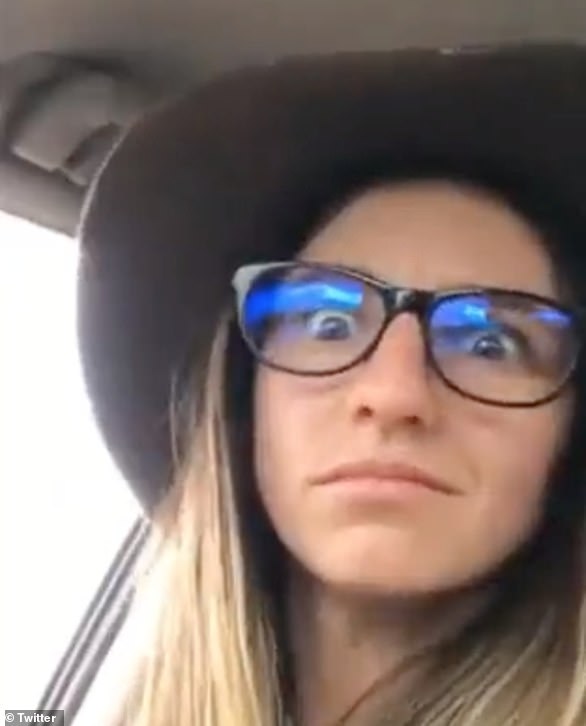 Chloe Fisher was stopped by police while she was driving along the road at Gundagai, in rural NSW 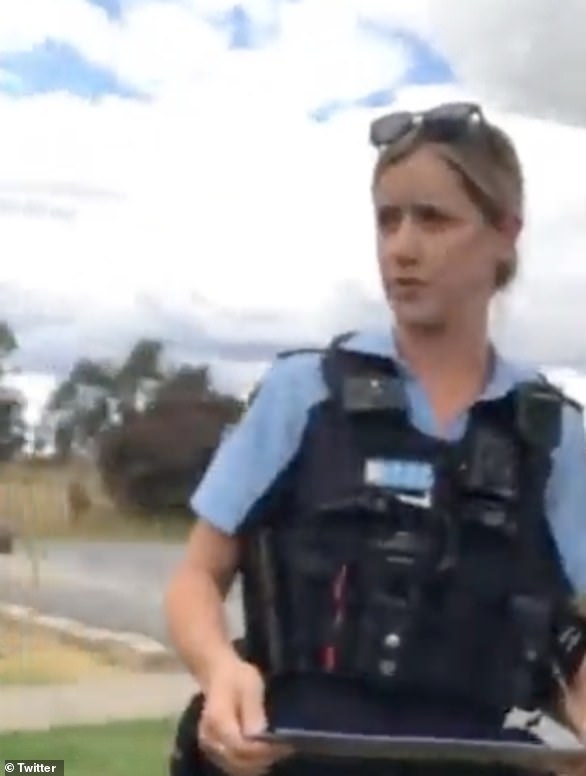 She refused to wind it all the way down and also refused to give her name or driver’s licence before telling the officer he had ‘no jurisdiction’.

He told the so-called sovereign citizen that she was being stopped because she was driving without registration.

Later checks found that the registration of the car Delaney was driving had expired in July last year.

She was arrested and charged with several offences before being bailed to appear at Coffs Harbour Local Court on Thursday.

Earlier this month, another driver claimed she was ‘not part of the state’ when she clashed with an officer for not displaying registered number plates.

Chloe Fisher was stopped by police while she was driving near Gundagai, in rural NSW.

She used her phone to film her conversation with the policewoman who asked her for forms of identification and whether the vehicle was registered.

Chloe stepped out of the car and explained she hadn’t displayed any number plates because she was in the process of ‘going sovereign’.