Unwell tradie, 59, who rescued daughter from domestic abuse in Perth ‘trapped’ from returning to NZ

A proud grandfather who came to Australia to help his daughter out become ‘trapped’ here at the mercy of cruel Kiwi border polices – even though he is in a state with no Covid.

Father-of-four Shane Hayes, 59, a painter and decorator, arrived in Perth in early August to help his daughter, Briar, 28, with a family problem involving her eight-year-old son, Carius.

Mr Hayes has been living with his daughter and grandson at Beechboro in Perth’s northern suburbs, and the family decided Carius should return to NZ with him.

But after the Delta outbreaks in Australia and New Zealand, what was supposed to be a six week trip has turned into an ‘indefinite’ stay as Mr Hayes is stranded. 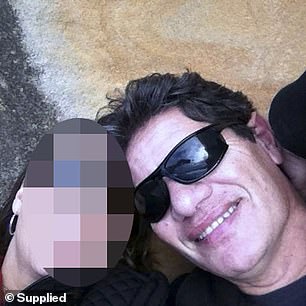 He is doing odd jobs painting and cleaning around Perth for $20 an hour to pay his rent and bills back home in Wellington, NZ’s capital.

Mr Hayes has also run out of his medication for chronic depression and missed hospital appointments for planned dental surgery.

Under NZ’s border control system every two weeks up to 25,000 Kiwis queue up in an online ‘lobby’ to secure one of around 2,500 places in ‘Managed Isolation Quarantine’ (MIQ). 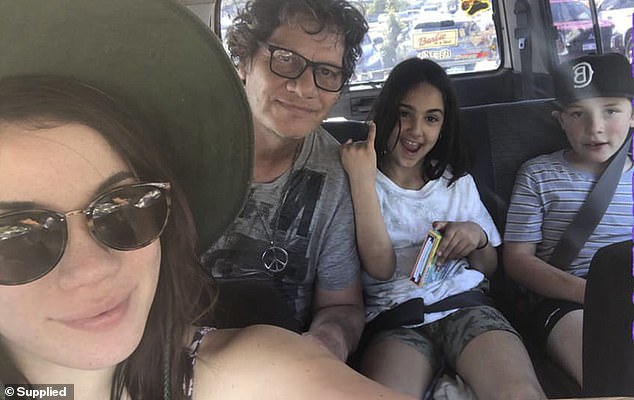 Briar Hayes is picted with her two children, including Carius (right) and her father, Shayne (second from left)

Entrants to the lobby are allocated a number, which shows your place in the queue.

Even if you are selected, you have 24 hours to book an approved flight and produce proof of a negative Covid test and double vaccination – or you go to the back to the queue.

When the lobby closes for the day, all unsuccessful entrants miss out and have to wait two weeks to try again.

Mr Hayes has missed out three times, including on Thursday this week.

‘Tens of thousands of others in this situation bomb out of this joke lottery every week along with me.’

Since the pandemic began NZ has seen 5449 cases and just 28 deaths.

‘I came as the representation of my ex wife and three other older daughters concerned for her, and her eight year old son.’

Mr Hayes’ daughter Briar decided it would be best for her son to return to NZ with his grandfather. 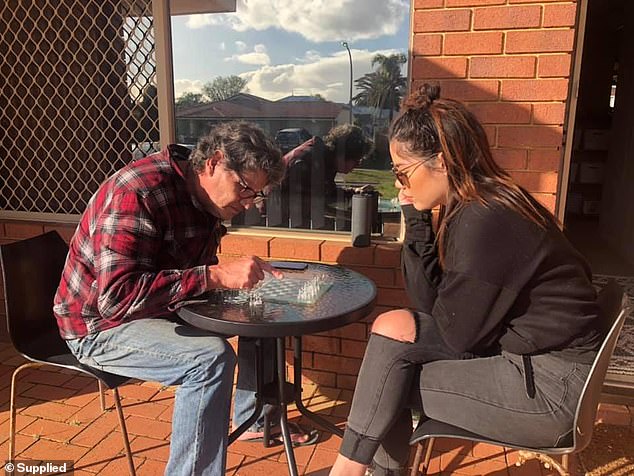 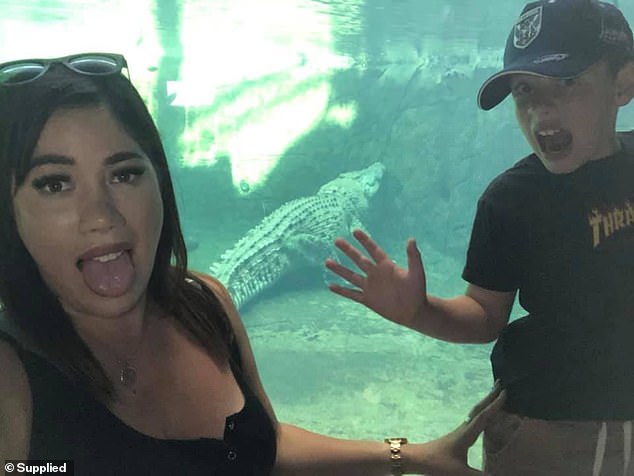 Briar Hayes is pictured with her son Carius in Perth

‘I will be taking my grandson back to NZ. Sadly her decision is to stay. it’s heart breaking for me.

‘I was hoping she would come back. I don’t think she’s in a safe environment.’

Mr Hayes says he’s even heard of situations where elderly Kiwis stuck overseas have had their pensions cut off.

It is understood up to 27,000 New Zealanders stuck overseas have registered to return home.

Mr Hayes if he could talk directly to Kiwi Prime Minister Jacinda Ardern he’d tell her home quarantine should be allowed for people who are from safe areas.

‘If I could, I’d say to Jacinda ‘I’m double vaccinated, I’m in a place with no Covid, just let me go home and self-isolate there’.’

‘I’d even wear an ankle bracelet that crims have to wear to prove I’m doing the right thing.’ 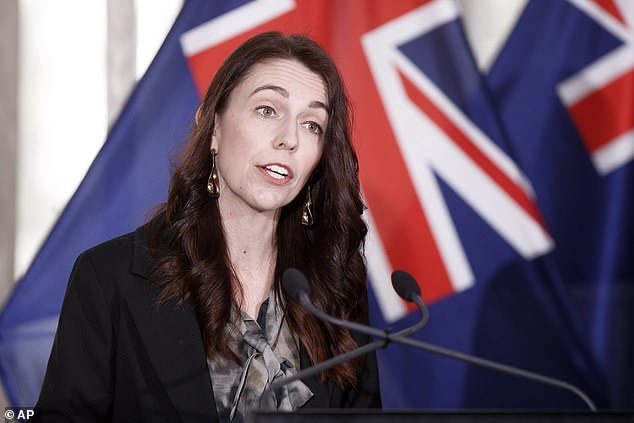 ‘I’d say to her ‘by neglecting those people who live overseas you’re not doing yourself any favours politically, this could come back to bite you at the next election’.’

‘I’m disappointed and dissatisfied with their lack of concern or action to assist Kiwis.’

He believes the current quarantine system should only apply to people from areas with Covid outbreaks.

‘I have learnt that during my time here trapped in WA that the NZ government don’t really give a s***.’

‘It’s an easy fix, it just seems like they can’t be stuffed to fix it.’

There has been speculation NZ’s strict lockdowns and slow vaccination uptake during the Delta outbreak could see popularity for nation’s most loved Prime Minister falter.

Ardern’s popularity was at a record high in May last year, she was praised for her prompt response to Covid that saw the country’s death toll limited to 26.

However, the Labour Party leader’s strategy of shutting her country’s borders and the nation’s glacial vaccine rollout, has put a strain on her once soaring popularity.