Up to 200 revellers were seen hugging and inhaling ‘hippy crack’ during a 12-hour illegal rave at a nature reserve before it was broken up by police for breaching lockdown rules.

Shocking footage shows the revellers hugging, dancing together, drinking and breathing in laughing gas from balloons.

The rave kicked off around 6pm shortly after Dominic Cummings defended his 260 mile trip to Durham from London.

And Prime Minister Boris Johnson’s aide was mentioned many times by angry locals, furious at the actions of the selfish ravers.

The party-goers – most in their late teens and early 20s – trampled over nests and destroyed wildlife on Kirkstall Valley Nature Reserve, in Leeds, West Yorkshire.

Flouting coronavirus social distancing rules the party-goers had to wade through the River Aire to access the nature reserve, which is on an island.

Fire fighters rescued one female raver who got into difficulties in the water as she crossed the river and police made three arrests.

Sound equipment, mixing decks, lights and gazebos where set up on the island secretly on Monday afternoon and police and fire crews were sent to Kirkstall after several local residents reported loud music and big crowds near Redcote Lane, Kirkstall.

Officers arrived to find people wading through the River Aire to get across the water and try and access the nature reserve.

The police helicopter was also dispatched to the area and was seen flying low over parts of Kirkstall, Bramley and Burley until midnight, more than five hours on from the first reports about the incident.

People are pictured having descended on the nature reserve in Leeds, West Yorkshire, for a rave 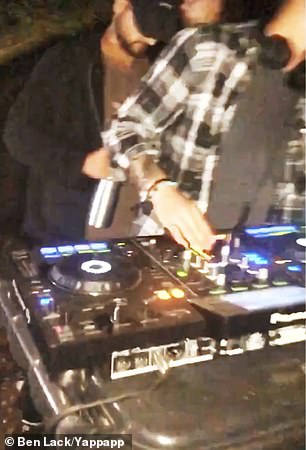 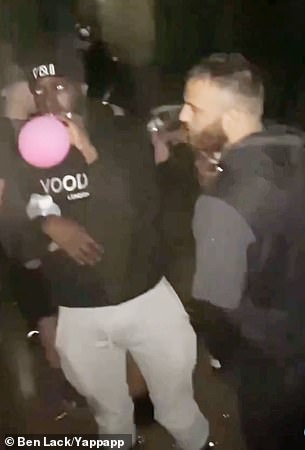 The ravers are pictured in Leeds, West Yorkshire, before the police came and broke up the party

As well as the arrests police seized sound equipment, the revellers were still seen dispersing at 5am today.

Daniel Lunn posted: ‘They should have invited Dominic Cummings, it would have been okay then.’

Lisa Sunderland said: ‘Absolute muppets. Show them images of what frontline doctors and nurses are dealing with and get them to sign a waiver that they will not need the nhs in the event of illness ! Absolute Disgrace !’ 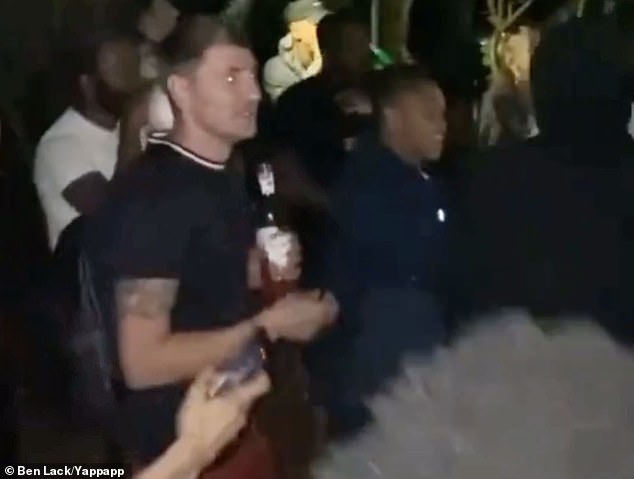 Kirkstall Valley Nature Reserve is a protected area of natural beauty which is used as a nesting ground for several species of birds.

A similar rave in 2018 saw revellers scorch patches of wildflower meadows and leave hundreds of beer bottles left behind.

In a lengthy post on Facebook, the Kirkstall Valley community group have slammed the irresponsible behaviour of those who took part in the rave. They described the incident as ‘a disgraceful act against nature’.

It says: ‘Well the fine youth of Leeds ONCE AGAIN show NO RESPECT for wildlife in bird breeding season never mind lock down. 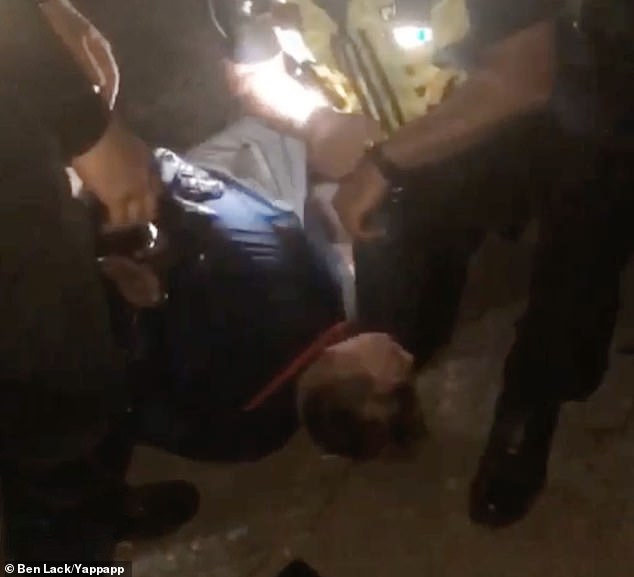 In a lengthy post on Facebook, the Kirkstall Valley community group have slammed the irresponsible behaviour of those who took part in the rave. Pictured: A man is held down by police 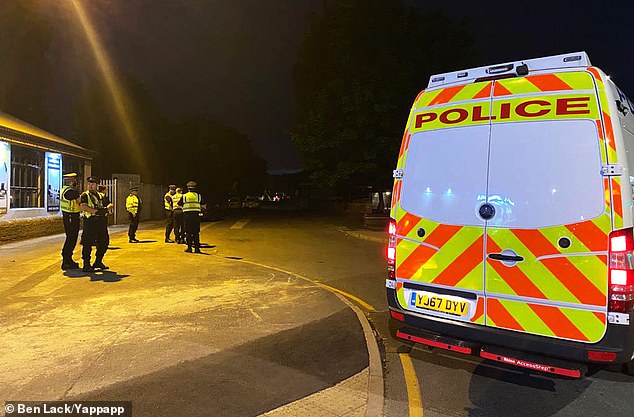 Police are pictured arriving in Leeds, West Yorkshire, in order to break up the party in the nature reserve

‘Once again on the Kirkstall Valley Nature Reserve youths, people have a full blown amped up music rave on the nature reserve last night from approx 9pm.

‘Not content with the damage they caused at the last one in 2018 burning down meadows full of moths and butterflies and causing disturbance to waterfowl wildlife. This time it was on the protected nature reserve island.

‘We are not happy. Being a quiet refuge for nature and waterfowl in the Kirkstall Valley. we have only just got the Little Egret breeding in the Kirkstall Valley, seen in pairs for the first this year and feeding in nearby goits. We have Kingfisher and other protected species seeking refuge on the reserve island which is meant to be NO PUBLIC ACCESS all year round.

‘We have not assessed the damage that has been done yet. but many waterfowl species will have been scared off their nests which will have been on the ground and in the river bank. Young will likely to have been abandoned or even trodden on in the dark. Mallard, Gooseander, Grey Wagtails will all have had young in nests on the ground near the river bank.. Wrens, Robins, Blackbirds. Blackcap and many others are ground nesting birds nesting in bramble patches and dense vegetation which will likely have been damaged or disturbed.’

The post continues and states the people were seen trampling over the nature reserve with torches to access the rave, which was advertised on Snapchat.

‘When we made our report, the police told us 200 people were there and the fire brigade were called out to access the island safely, as you have to cross the river.

‘We hope fines will have been enforced not just a warning. This is not just breaking lock down. This is breaking the WILDLIFE AND CONSERVATION ACT.

‘We are left heart broken for the likely damage to birds nests and their young and to other species breeding at this time of year.

‘We are DISGUSTED with the LITTLE RESPECT people show for wildlife thinking only of themselves and where they can get the next high from.

‘No one is innocent here, if you started this rave or attended you ALL know it was on a NATURE RESERVE as your map and informant would have told you! And you STILL WENT TO ADD TO THE DAMAGE.’

Superintendent Chris Bowen of West Yorkshire Police said: ‘We would urge people to consider their own safety and the safety of others, particularly during the warmer weather and the ongoing period of lockdown.

‘We will continue to work alongside our partners to engage, explain and encourage in a way that will influence people’s behaviours, using enforcement only in the circumstances that we have to.’