Prosecutors in Chicago could be about to exonerate more than 50 people who may have been wrongly jailed for murders they did not commit, all because a cop framed or pressured them to make a confession

Retired Chicago detective Reynaldo Guevara is accused of framing dozens of men, mainly Latinos, from the northwest of Chicago during the 1980s and 1990s.

So far, 20 people have been exonerated in cases where Guevara took the lead.

A further 14 men remain in prison as a result of his involvement while 16 who have completed their sentences still need their records to be wiped clean. Sadly, some have died behind bars, likely innocent men.

Guevara is alleged to have beat people up into making false confessions or intimidated witnesses to make fake statements stating they were at murder scenes when they were not.

Guevara is even alleged to have told witnesses who to select from police lineups.

Guevara has not been charged with any crimes but he has helped inmates win freedom by repeatedly invoking his constitutional right against self-incrimination or insisting he couldn’t remember facts, thus forcing prosecutors to dismiss charges in several cases. 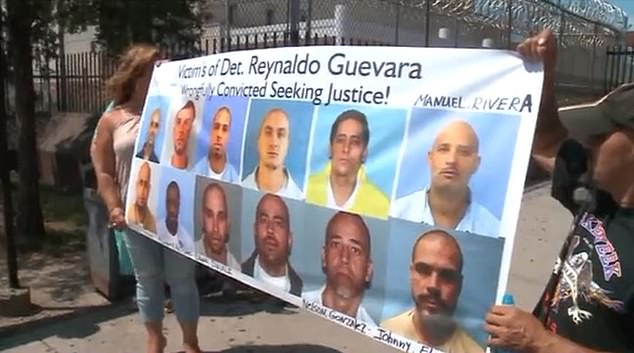 20 men have so far been exonerated, 14 remain in prison as a result of Guevara’s involvement while 16 who have been released need their records wiped clean

Every time charges are dropped against somebody who alleges Guevara framed them, attorneys say appeals in other Guevara cases become stronger.

‘With Guevara, we put together this pattern that we can use to buttress individual cases,’ said Karen Daniel, director of Northwestern University’s Center on Wrongful Convictions. The organization represented Gabriel Solache, who spent nearly two decades in prison for a double murder before a judge threw out his confession to Guevara. Prosecutors dropped charges against Solache in December 2017.

Jose Maysonet spent nearly 27 years in prison for a double-murder in a Guevara case before prosecutors dropped the charges against him.

Prosecutors in the Cook County State’s Attorney’s Office are now going to conduct a ‘comprehensive review’ of convictions that detective Guevara was involved with, according to BuzzFeed. 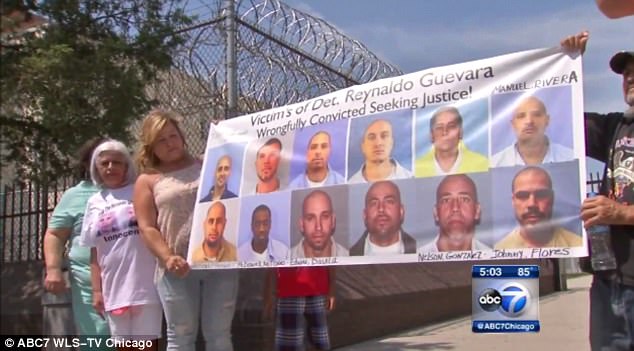 Nancy Adduci, director of Cook County’s Conviction Integrity Unit, is now compiling a list of names and case numbers of people who have been convicted of crimes in which Guevara had a hand in the prosecution.

Adduci said the review is part of the state’s attorney’s ‘mission to seek justice equitably’ and ‘build trust in the criminal justice system by remedying convictions that should not stand.’

‘Convincing prosecutors to take up a review of murder convictions is not something that’s easy to do in any sort of scenario,’ said Josh Tepfer, an attorney with the University of Chicago’s Exoneration Project, but he said, ‘we showed them things that cannot be explained, examples of perjury, and examples of clear, uncontradicted framing of people that there’s no explanation otherwise.’ 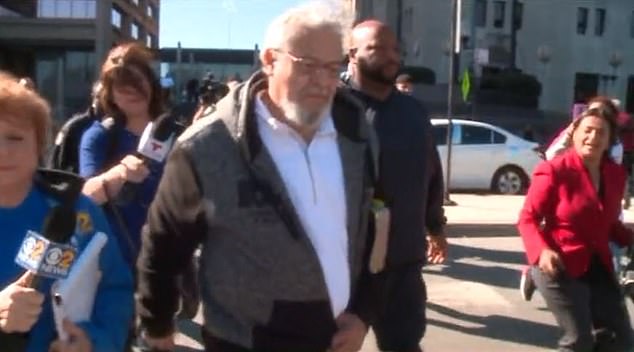 Tepfer recently met with top deputies from the Cook County State’s Attorney’s Office to set out the case against him.

Sometimes the alleged misconduct is not always obvious, particularly when cases are considered on their own, but looked at as a group patterns become clear.

‘I hope there’s some teeth in it,’ said Civil rights attorney Jennifer Bonjean who has already managed to secure exoneration for several of Guevara’s cases.

‘These cases take a lot of work, a lot of initiative, and I hope there’s the manpower, the commitment,’ she said.

One judge declared Guevara to have told ‘bald-faced lies’ during testimony given in 2018 for two men seeking to overturn their convictions.

In 2016, an appeals court declared that the detective had engaged in ‘alarming acts of misconduct.’