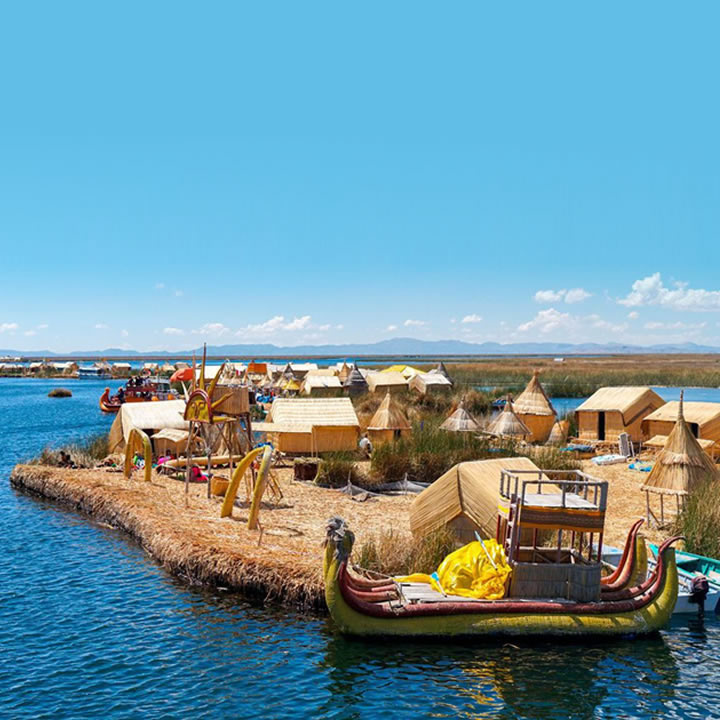 Located on the highest navigable lake in the world, the Uros community hides millenary secrets.

There is a belief that from the bottom of the waters of Lake Titicaca emerged Manco Capac and Mama Ocllo. They were the founders of the Inca Empire, considered the largest in pre-Columbian America. And just like the legend of the children of the sun, in the aquatic area of Lake Titicaca, there are people that seem to be taken from the most fantastic fables and stories. There will not be any mention of wizards or hobbits, but there will be mention of a community with the status of ancestral, indigenous, and native to Peru: the Uros.

The Uros was a community that was much older than the Inca empire. It is even considered the longest-lived race on the American continent (according to the Polish archaeologist Arthur Posnansky), and its approximately 90 islands still preserve millenary activities and traditions, which are the livelihood and support of the current economy of this ancestral people. For example, the ancient inhabitants of the Uros believed they had total autonomy over the waters of Lake Titicaca. For this reason, they wanted to take full advantage of the benefits of the area.

One of the first actions they took was to build the islands that integrate the Uros community. Yes, just as you read: the portions of land in the middle of the lake where the Uros descendants live are not natural, they are man-made. To do so, they used the totora reed as a base, their primary material, which is also considered the core of the local economy. The totora not only served to shape their soil but also for the construction of their means of transportation par excellence.

Rafts (often custom-made) and boats that ply the waters of the highest navigable lake in the world (3812 meters above sea level) were born thanks to the totora reed, which in turn serves the community for food -they consume the white bottom of the reed and create reed flower tea from it- and medicine -they use the various parts of the reed to relieve ailments such as altitude sickness, body pain, and hangover-, among others.

Supplies for their gastronomy

Wild animals found in the surrounding areas are also part of their diet. The Uros people still fill their stomachs thanks to fishing, hunting, and livestock. As for the capture of aquatic animals, they have a predilection for fishes like carachi, ispi, silversides, and trout, which are often bred in cages made by themselves. They usually hunt ducks, flamingos, seagulls, and coots for their own consumption, as well as graze their livestock on their own islets.

And if they need something that cannot be produced in the area where they live, they resort to the ancient practice of bartering, exchanging some of their products for potatoes, quinoa, rice, sugar, and beans, among others, with traders from Ilave, Acora, and Puno.

Tourists, essential for the town

If it were not for tourism, perhaps the Uros would no longer be inhabited. The large influx of local and foreign tourists is the main economic income of the town, which offers tours (lasting approximately three hours) and handicrafts (blankets, necklaces, earrings, etc.) made with ancient techniques of their ancestors. In addition to experiential tourism, where you can stay on the islets to recharge your batteries and live as an inhabitant of the ancestral people of the Uros.