A US refuelling jet has diverted to Scotland after declaring an emergency over the Atlantic Ocean.

The four-engine Boeing KC-135R jet reported a problem off the west coast of Scotland and diverted to Glasgow Prestwick airport.

The jet landed safely shortly after 8am.

The KC-135R jet, declared an emergency while off the west coast of Scotland, file photo 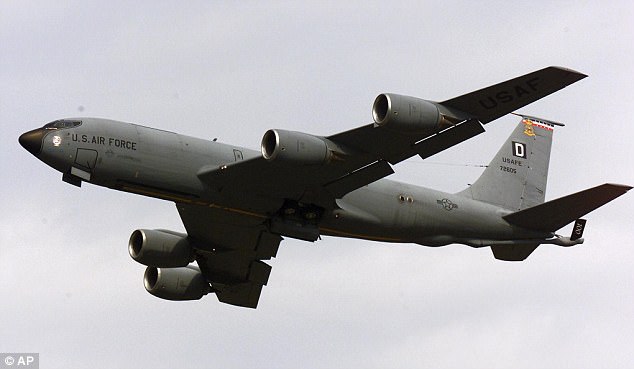 According to flight tracking radar, the aircraft declared an emergency at 26,202 feet near the isles of Jura and Mull.

It is not yet known what the cause of this morning’s emergency was.