‘It’s a pretty big honor’: US Air Force pilot is the first woman to ever fly new stealth F-35A fighter jet into combat

The United States Air Force says that a woman has flown its new class of F-35A Lightning II fighter jets into combat for the first time ever.

Captain Emily ‘Banzai’ Thompson piloted the stealth aircraft after deploying from the 388th Fighter Wing at Hill Air Force Base in Utah, according to the military.

The Air Force did not specify where the mission took place or when it was flown, though photographs released by the military show Thompson at the Dhafra Air Base in the United Arab Emirates.

On May 7, airmen and aircraft from Hill returned home after F-35s were deployed for the first time as part of an ‘immediate response force’ amid tensions with Iran.

Captain Emily ‘Banzai’ Thompson is the first woman to ever pilot an F-35A Lightning II fighter jet into combat, according to the Air Force 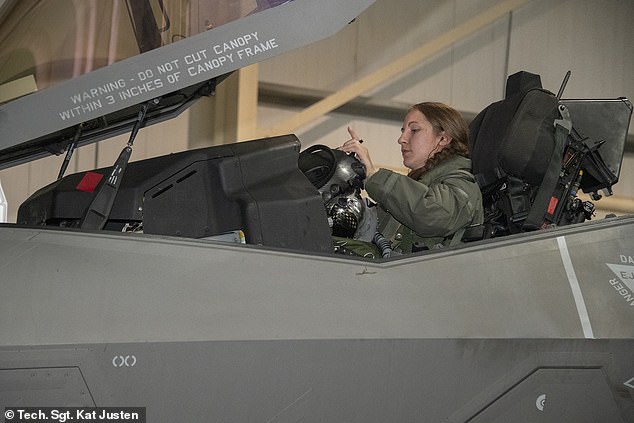 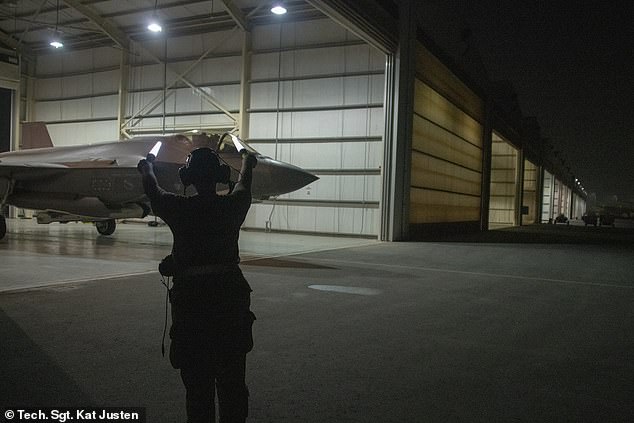 The F-35s were sent to the Middle East for a six-month deployment, according to a press release from Hill Air Force Base.

‘This is my first deployment … so for me it was a pretty big deal, the first combat sortie for me,’ she said.

‘Of course being the first female, it’s a pretty big honor.

‘So just to be the person who gets that honor, that first, it just meant a lot.’

The Lightning II’s biggest selling point is its ability to evade enemy radar.

How stealthy it is, is not public; its radar cross-section – the size it ‘appears’ on a radar scope – is a heavily guarded secret. 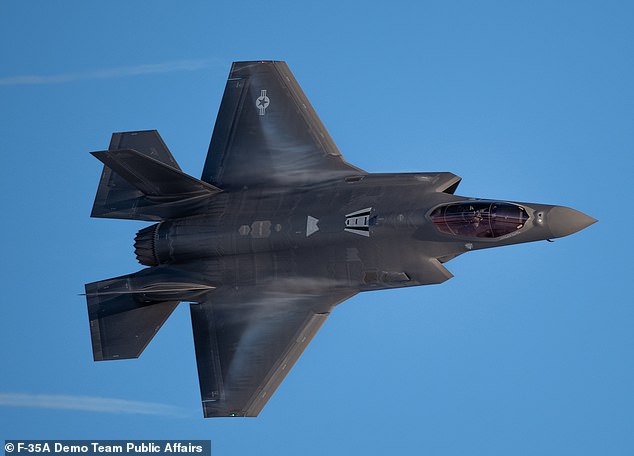 The F-35A Lightning II, which was manufactured by Lockheed Martin, is the most expensive war machine ever purchased by the Pentagon

In May 2018, Israel was the first country in the world to use an F-35A in operational activity.

The US took the advanced fighter jet into combat for the first time in September 2018, when the Marine Corps launched an amphibious assault on Taliban targets in Afghanistan.

The F-35A flew its first combat mission against ISIS in Iraq in April 2019.

The nearly $400billion price tag for the F-35 makes the program the Pentagon’s most expensive weapons acquisition ever.

Despite the huge cost, the program has strong bipartisan support in Congress, where lawmakers view the aircraft as essential to national security.

Close to $13billion will be needed annually between 2016 and 2038 to hit that procurement number, according to the Government Accountability Office.

While the F-35 had massive budget overruns early on, the cost has stabilized and even dropped a bit following tough negotiations between the Pentagon and Lockheed Martin, according to Todd Harrison, a defense budget expert at the Center for Strategic and International Studies.