US Army soldier, 20, dies in non-combat ‘incident’ in Jordan

U.S. Army soldier dies aged 20 in a non-combat ‘incident’ in Jordan during his first deployment

A US Army soldier has died in Jordan at the age of 20, the Pentagon has announced.

Specialist Nick Bravo-Regules died on Tuesday in an unspecified ‘incident’ which was not in combat and is now under investigation.

He was stationed in Jordan as part of Operation Inherent Resolve, the US-led mission against ISIS in Iraq and Syria.

Specialist Nick Bravo-Regules (pictured earlier this year) died on Tuesday in an unspecified ‘incident’ in Jordan, the Pentagon announced

Military news website Stars and Stripes said there was no suspicion that Bravo-Regules had died of coronavirus.

Jordan has confirmed 1,086 coronavirus cases and nine deaths so far in one of the smaller outbreaks in the Middle East.

However, defense officials refused to provide any further information about the circumstances of the US soldier’s death.

They also declined to reveal whether the investigation announced by the Pentagon was criminal in nature.

Oklahoma senator Jim Inhofe said he was ‘praying for those who knew and loved Spc Regules’, adding: ‘We will honor his sacrifice.’

Bravo-Regules had enlisted in the Army in May 2017 and was promoted to specialist in February 2020.

He was on his first deployment in Jordan and worked on communications networks for the regiment.

The 2nd Battalion, 43rd Air Defense Artillery Regiment traces its history back to 1907 and took on its current name in 2005.

In 2017, three U.S. military trainers were shot dead by Jordanian soldier Marik al-Tuwayha while stationed in the Middle East country.

The soldiers were killed in November that year when their convoy came under fire at the entrance to the al-Jafr base in southern Jordan.

The defendant claimed he had feared the base was coming under attack but Jordan’s military rejected this. He was sentenced to life in prison. 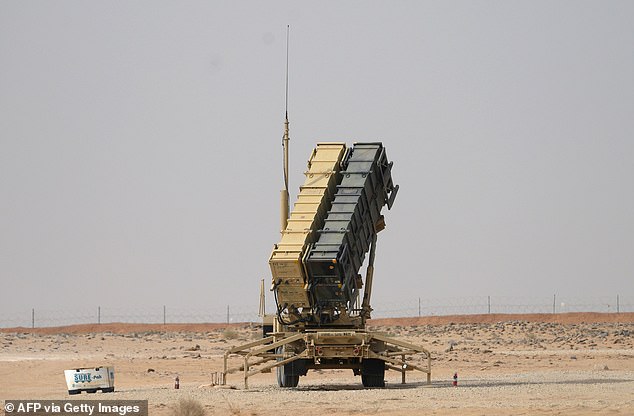 Bravo-Regules was stationed in Jordan as part of Operation Inherent Resolve, the US-led mission against ISIS in Iraq and Syria (file photo, U.S. military hardware in Saudi Arabia)