US braces for ‘once-in-a-generation’ weather front

A winter weather system and cold blast is set to impact nearly every state and bring what the National Weather Service is calling a ‘once-in-a-generation event’ to the United States — crippling travel just days before Christmas. The strengthening storm will bring more than a foot of snow and possible blizzard conditions to the Midwest, as the weather service warns of ‘life-threatening’ wind chills for millions. 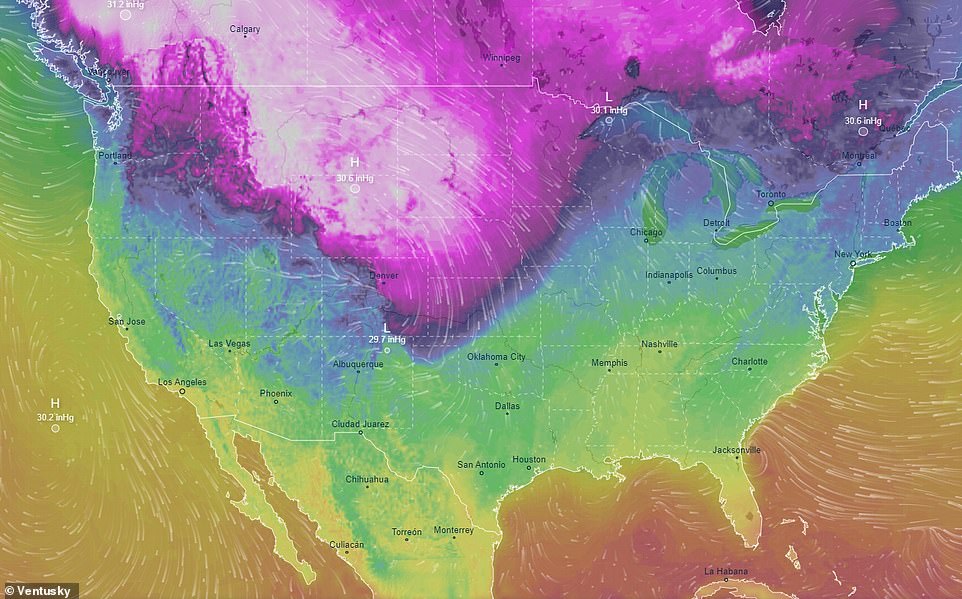 More than 90 million people are under winter weather alerts and more than 87 million are under wind chill alerts. The alerts stretching across 37 states, dipping as far south as the Texas/ Mexico border. The cold will stick around for Christmas weekend, making this the coldest Christmas in roughly 40 years for portions of the Plains and Midwest, Thursday baring the brunt of the weather system. 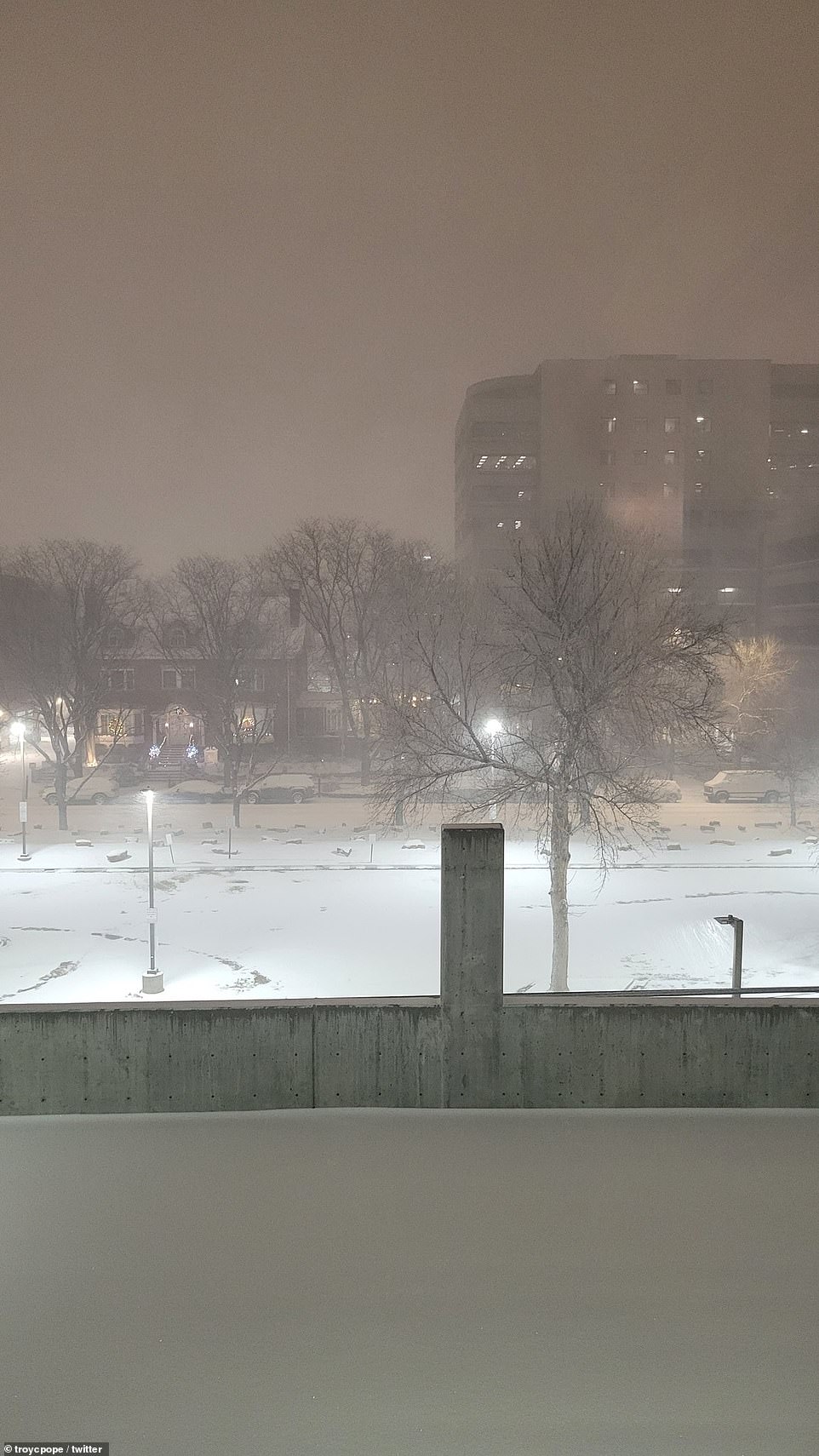 Denver went from a high of 47 on Wednesday to a low of minus 14 on Thursday morning, the city’s coldest day in 32 years, according to the weather service. But the city is planning to open recreation centers and libraries as daytime warming shelters during their normal hours of operation on Thursday and Friday. 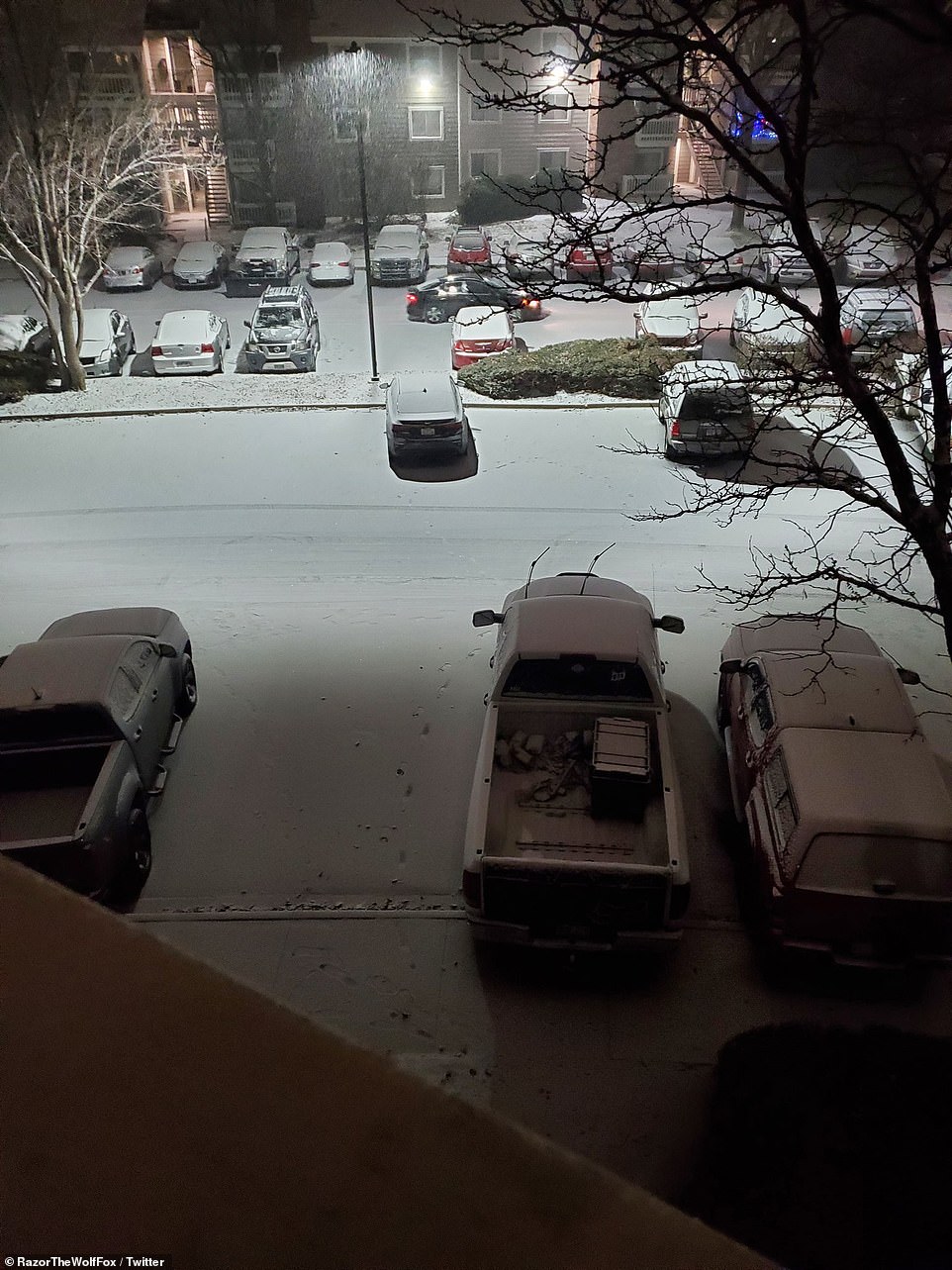 Thursday is expected to be the most difficult day for travel with more than one thousand flights across the U.S. canceled, according to FlightAware. Chicago O’Hare International Airport led the way in those cancellations, followed by Denver International and Chicago’s Midway International. 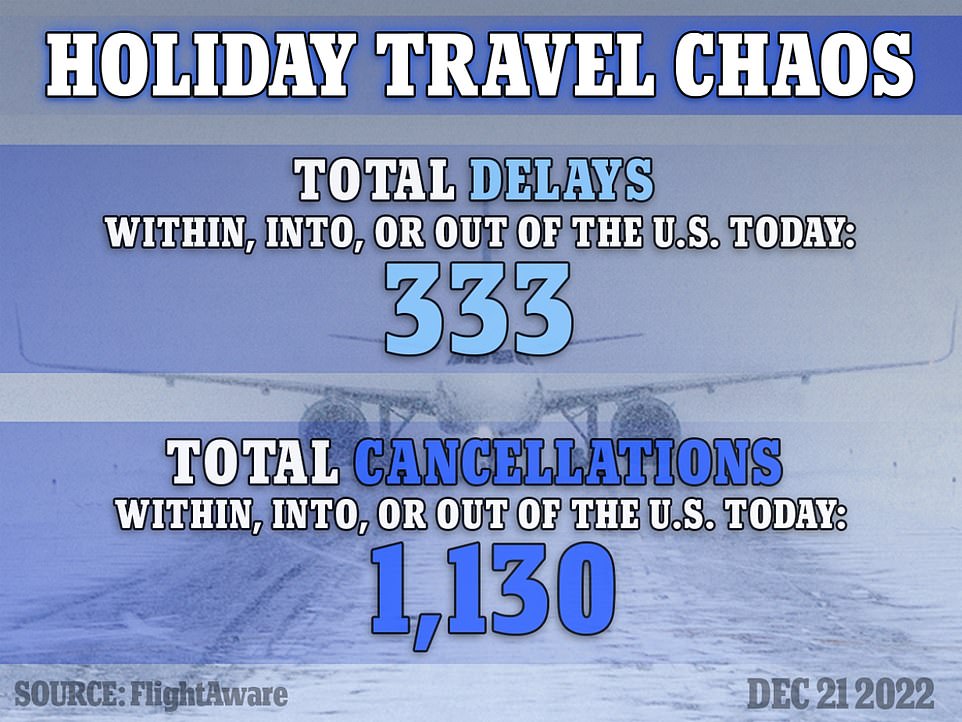 As of Thursday morning, total cancellations within, into, or out of the United States totaled to 1,130 on what is expected to be the busiest and most difficult day to travel before Christmas. The storm will be hitting the Midwest extremely hard with heavy snow and strong winds. Western Minnesota will face not only blizzard conditions, but potentially deadly wind chills on Thursday and Friday. 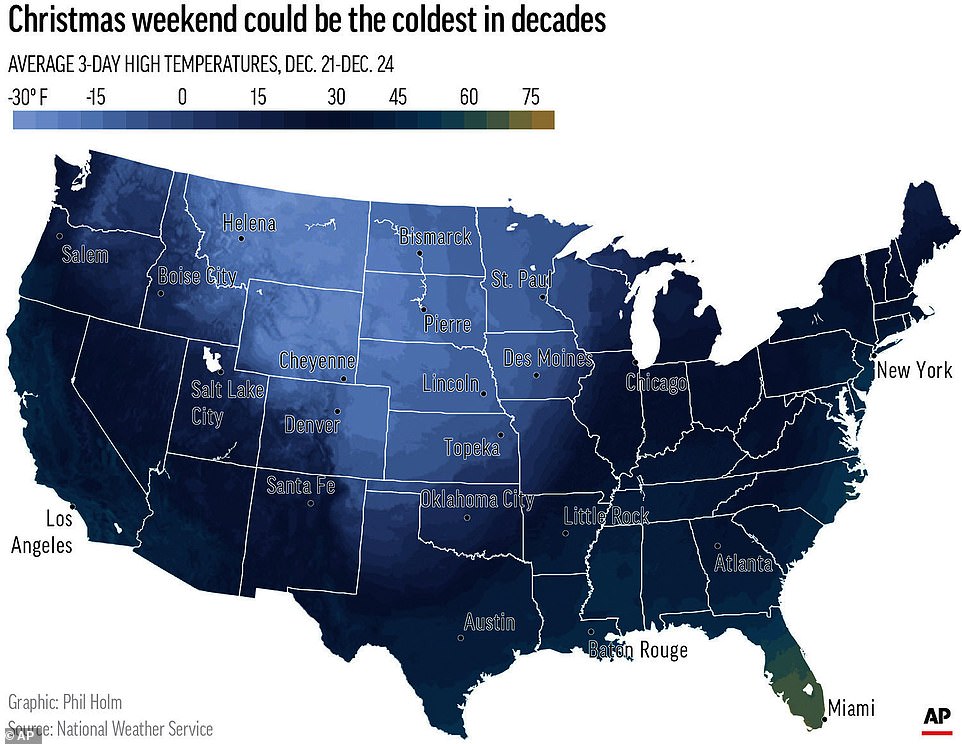 ‘Whiteout conditions are expected during that time with travel becoming very difficult or impossible,’ the weather service said. ‘This event could be life-threatening if you are stranded with wind chills in the 30 below to 45 below zero range.’ 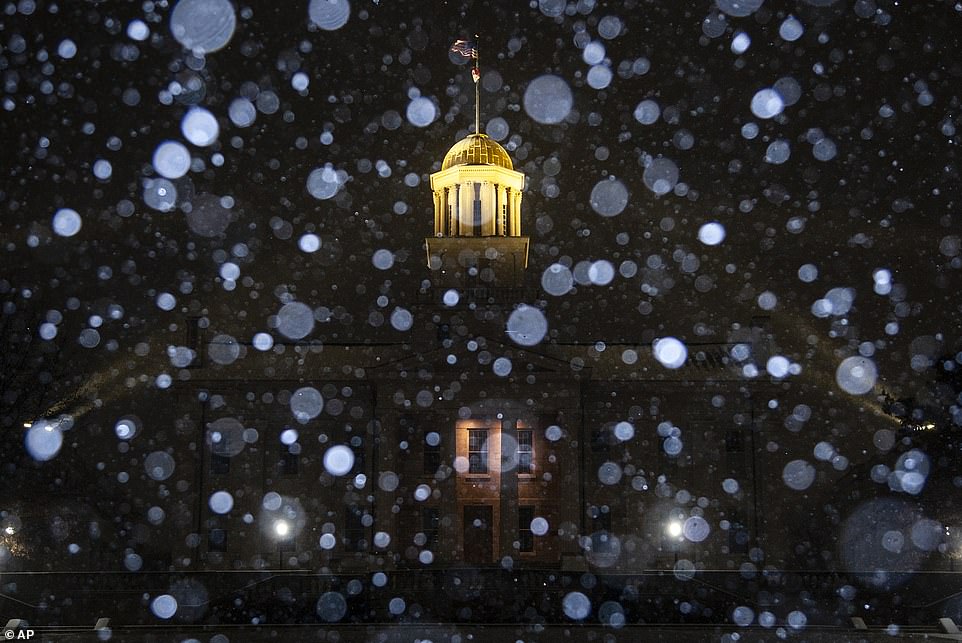 Chicago could also face blizzard conditions with winds gusting as high as 50 mph, with 2 to 4 inches of snow forecast. ‘Overall, concern continues to increase in the quick development of dangerous conditions Thursday afternoon with potentially significant impacts to the evening peak travel window,’ the weather service warned. 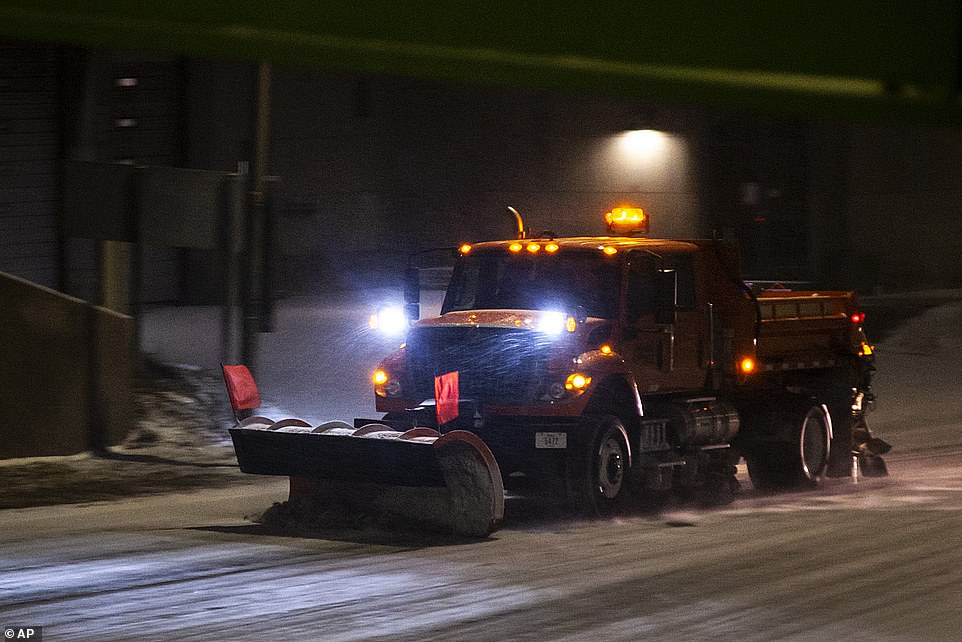 Strong winds may knock out power lines in the Midwest, especially in areas where heavy snow fell last week and is already weighing down tree branches. This will leave millions finding a way to stay warm as temperatures plummet to well below freezing. The storm is expected to become a ‘bomb cyclone’ on Thursday evening into Friday. A bomb cyclone is when a storm rapidly intensifies and drops 24 millibars, a term used to measure atmospheric pressure, in 24 hours. 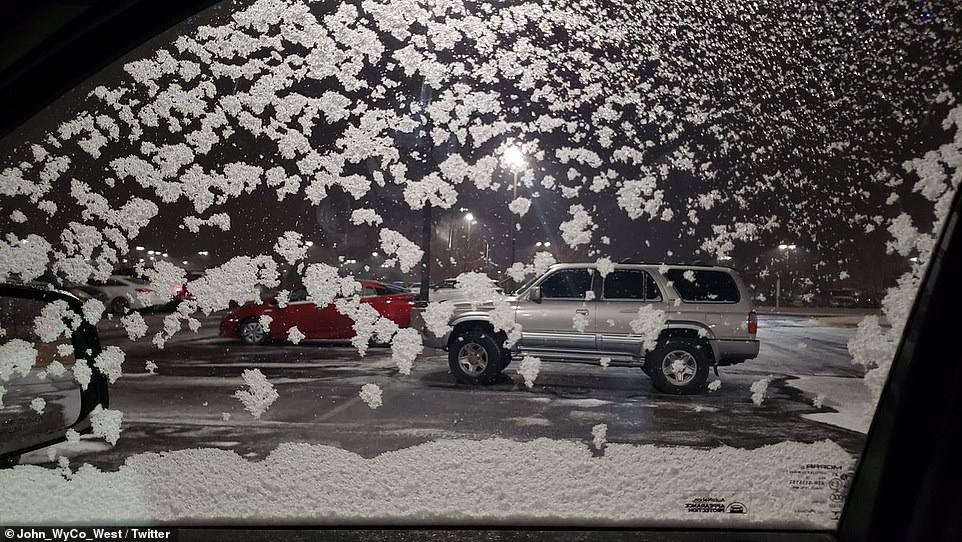 The storm is expected to reach the pressure equivalent of a Category 3 hurricane as it reaches the Great Lakes, with the weather service describing the strength of the low a ‘once-in-a-generation’ event. Friday night into Saturday morning, New England will get a quick shot of snow and windy conditions. Areas from eastern Montana through the Dakotas will experience the coldest air beginning Thursday morning. 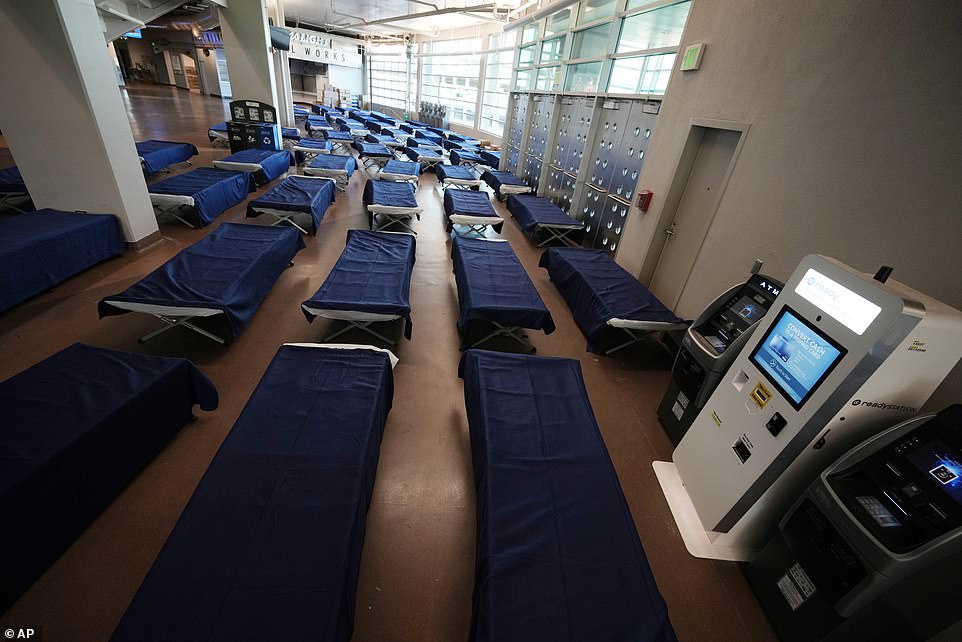 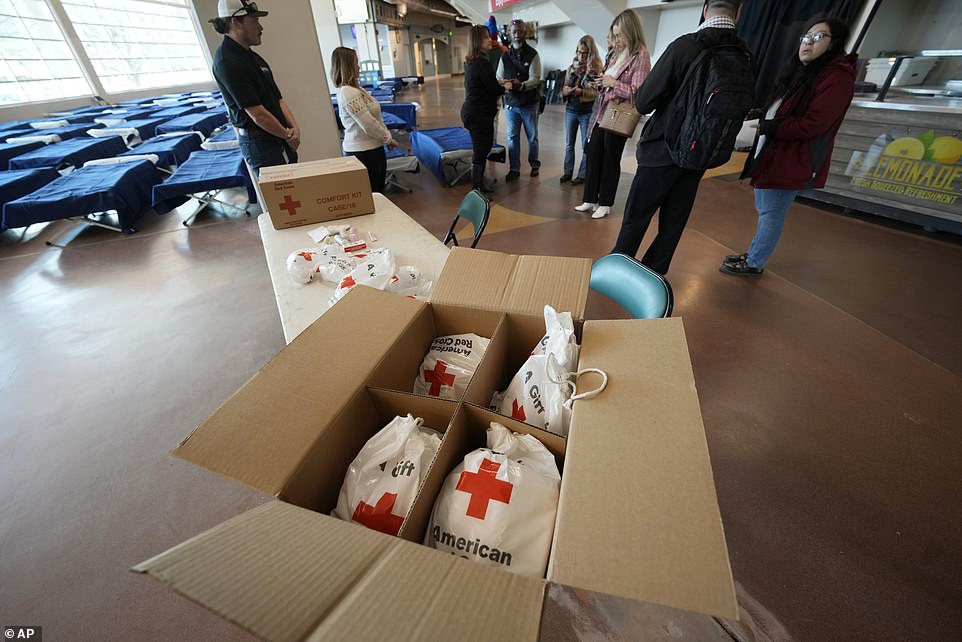 Nashville and Atlanta’s wind chill will drop to minus 11 on Saturday morning and Birmingham will feel like minus 5. Jackson and Birmingham will both spend more than 80 hours below freezing between Friday and Monday. Houston could sit below freezing for 46 hours between Thursday and Saturday. Pictured: Care bags sit at the ready for people seeking refuge from the intense cold front sweeping over the intermountain West fill the walkways in the Denver Coliseum. 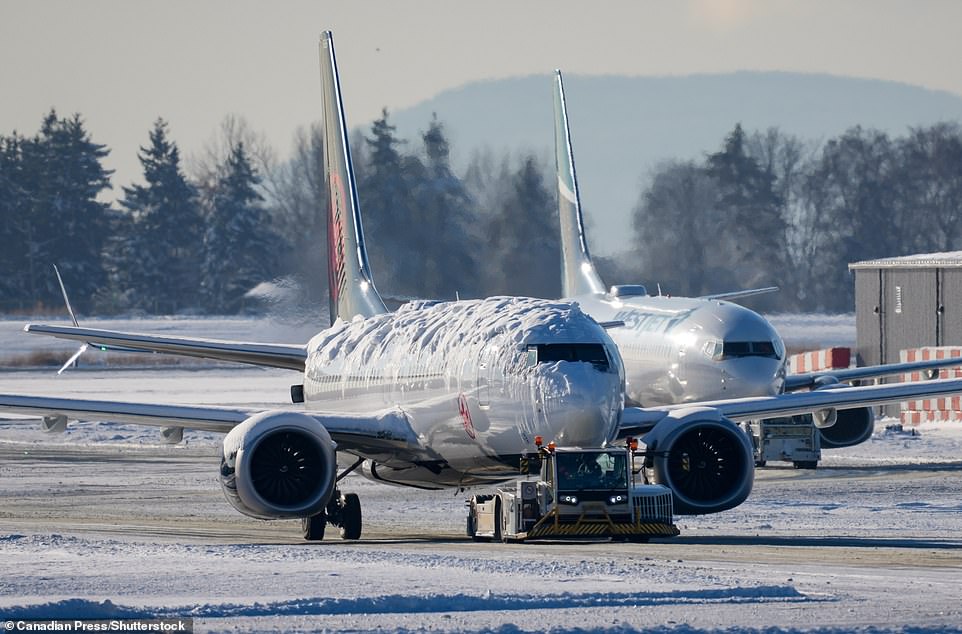 The cold temperatures will stay through Christmas weekend, before predictions showing an ease into next week. Georgia Govenor Brian Kemp declared a state of emergency on Wednesday ahead of the anticipated freezing conditions. ‘We want to urge all Georgians to be ready and certainly that goes for our teams,’ he said during a news conference, Fox News reported. The emergency declaration began on Wednesday and will be in effect through midnight Monday, Kemp said. 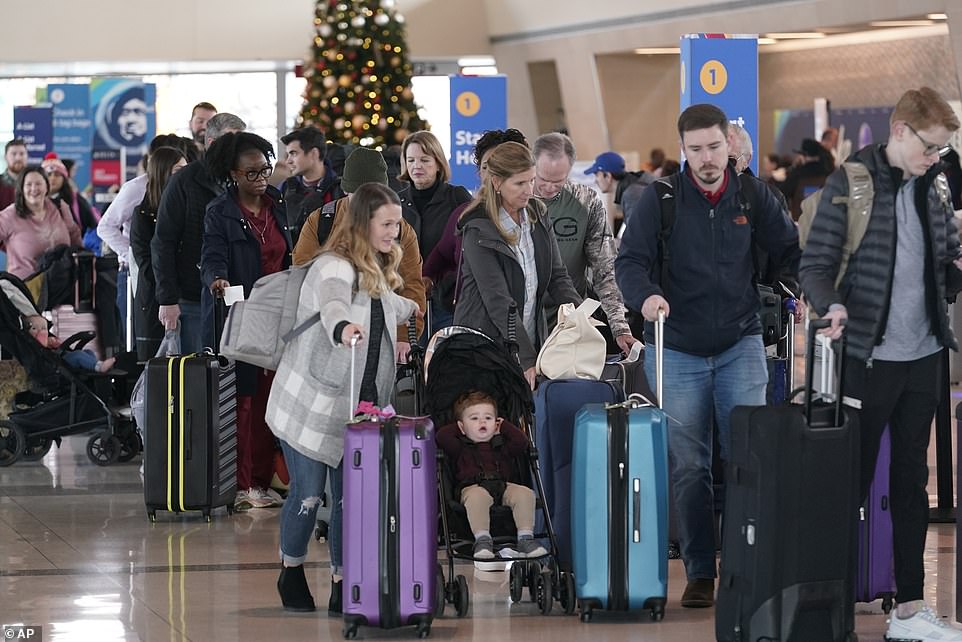 Russell McMurry, the Georgia Department of Transportation commissioner, outlined a plan to treat and brine roads ahead of the freezing conditions. The agency is pre-treating 21,000 miles of state roadways north of Columbus and Augusta. ‘We’re asking for your cooperation, if you don’t have to be out tomorrow stay home and stay warm,’ McMurray told the broadcaster. ‘Certainly on Friday morning, we’re asking you not go out.’ 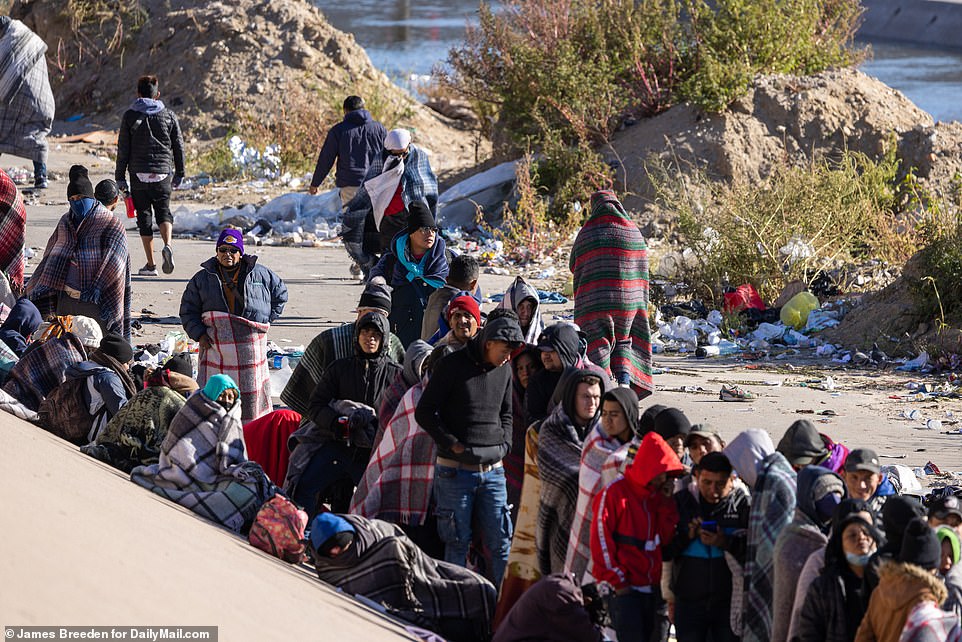 Officials said residents should prepare kits in the event of power loss that may last multiple days. Oklahoma Governor Kevin Stitt also declared a state of emergency on Wednesday. The declaration temporarily suspended the requirements for size and weight permits of oversized vehicles transporting materials used for emergency relief and power restoration. Meanwhile, Maryland has activated emergency response operations ahead of the winter storm.