Incomes for a typical U.S. household rose to $59,039, a 3.2percent increase from 2015 to 2016 when adjusted for inflation, the Census Bureau said. The median is the point at which half the households fall below and half are above.

It is also the first time since the Great Recession ended in 2009 that the typical household earned more than it did when the recession began in 2007.

The chart above shows median household income in the U.S. in five key years 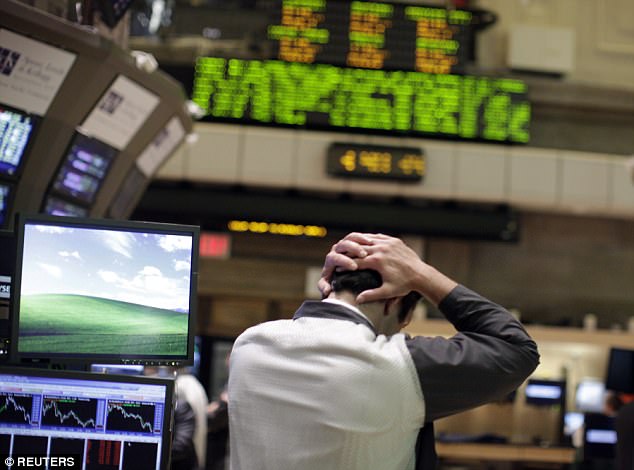 The bureau’s assistant division chief Trudi Renwick said historical comparisons are than precise since in 2013 the Census changed how it asks households about income.

The Census data is based on interviews with 70,000 households and includes detailed data on incomes and poverty across a range of demographic groups. It is closely watched because of how comprehensive it is.

That growth came after a steep recession and a slow recovery that left most American households with only meager pay increases.

The lack of meaningful raises has left many people feeling left behind economically, a sentiment that factored into the 2016 elections.

The Census report covers 2016, the last year of the Obama administration.

The income gains reflect mostly a rise in the number of Americans with jobs and in people working full time, the agency said.

Asian-Americans reported the highest household incomes, at $81,431, which was little changed from 2015.

The number of people living below the poverty line dropped 2.5 million to 40.6 million.

And the proportion of Americans without health insurance declined to 8.8 percent, the report showed, down from 9.1 percent.

The report found that the gender gap in wages narrowed last year for the first time since 2007. Women earned 80.5 percent of men’s earnings, up from 79.6 percent in 2015.