A federal judge on Monday ordered North Korea to pay $501million in a wrongful death lawsuit filed by the parents of Otto Warmbier, who died last year after being released from that country.

US District Judge Beryl Howell in Washington DC ruled that North Korea should pay damages to Fred and Cindy Warmbier after finding Pyongyang ‘liable for the torture, hostage taking, and extrajudicial killing’ of the 22-year-old son.

Otto was a University of Virginia student who was visiting North Korea with a tour group when he was arrested and sentenced to 15 years of hard labor in March 2016 on suspicion of stealing a propaganda poster.

He died in June 2017, shortly after he returned to the US in a coma and showing apparent signs of torture while in custody.

A federal judge has ordered North Korea to pay more than $500million in a wrongful death suit filed by Cindy and Fred Warmbier (pictured in May), the parents of Otto Warmbier 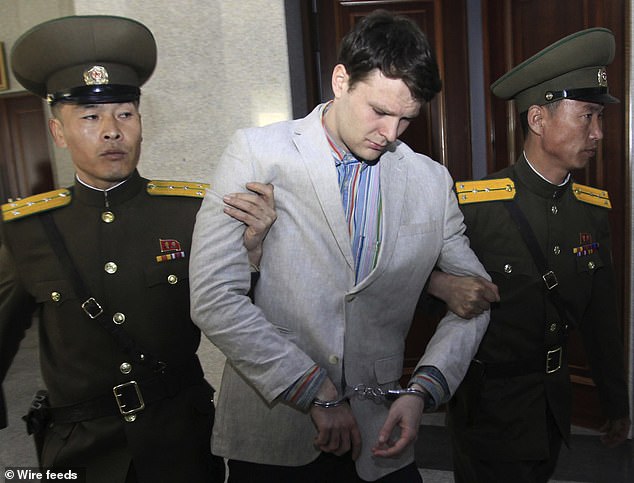 Fred and Cindy Warmbier said in a joint statement they had promised their son justice.

‘We are thankful that the United States has a fair and open judicial system so that the world can see that the Kim regime is legally and morally responsible for Otto´s death,’ the Warmbiers said.

‘We put ourselves and our family through the ordeal of a lawsuit and public trial because we promised Otto that we will never rest until we have justice for him,’ they said. ‘Today´s thoughtful opinion by Chief Judge Howell is a significant step on our journey.’

The judgment against North Korea is largely a symbolic victory for now, since there is no practical way to force Kim Jong-Un’s regime to pay the Warmbiers.

US courts can compensate holders of judgments against foreign powers by ordering the seizure of funds or other assets located within the country, but that is unlikely in this case because sanctions prohibit North Korea from accessing the US financial system.

The ruling comes at a sensitive time in US-North Korea diplomatic relations, as the two countries negotiate the dismantling of Pyongyang’s nuclear weapons program.

President Donald Trump has said that Warmbier did not die in vain and his death helped initiate a process that led to a historic meeting this year between Trump and Kim Jong Un. 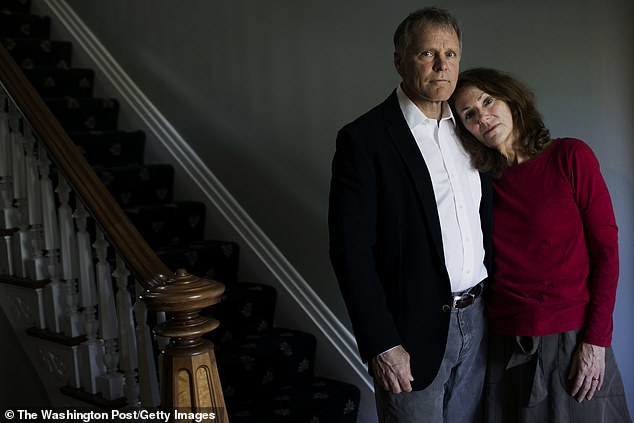 Fred and Cindy Warmbier, pictured in April, said in a joint statement they had promised their late son justice 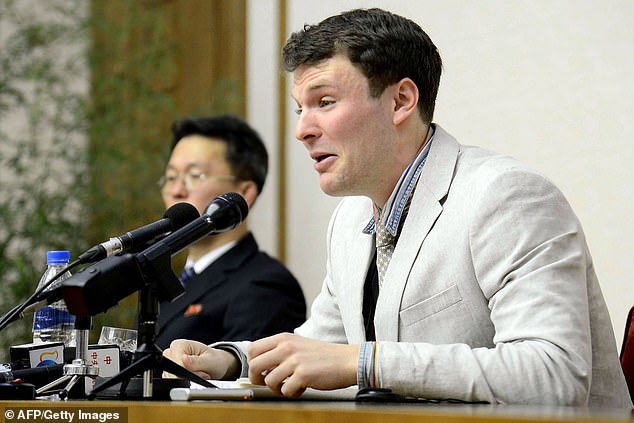 The family’s lawsuit, filed in April, had sought more than $1billion in damages. The complaint described in horrific detail the physical abuse Warmbier endured in North Korean custody.

When his parents boarded a plane to see him upon arrival in the US, they were ‘stunned to see his condition,’ according to court documents.

The 22-year-old was blind and deaf, his arms were curled and mangled and he was jerking violently and howling, completely unresponsive to his family’s attempts to comfort him.

His once straight teeth were misaligned, and he had an unexplained scarred wound on his foot. An expert said in court papers that the injuries suggested he had been tortured with electrocution.

A neurologist later concluded that the college student suffered brain damage, likely from a loss of blood flow to the brain for 5-20 minutes.

The complaint also said Warmbier, who was from a suburb of Cincinnati, Ohio, was pressured to make a televised confession and then convicted of subversion after a one-hour trial. He was denied communication with his family.

In early June 2017, Warmbier’s parents were informed he was in a coma and had been in that condition for one year.

Medical experts in Cincinnati could find no evidence of botulism on his return. He was taken off life support shortly afterwards on June 19, 2017. 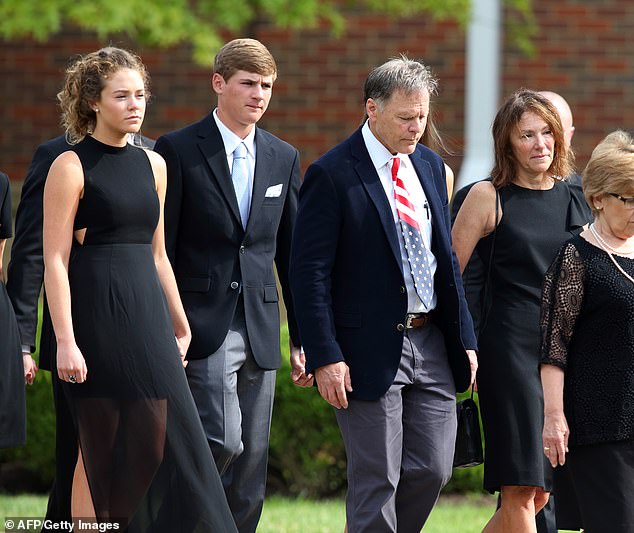 Fred(2nd R)and Cindy Warmbier (R)along with other members of the Warmbier family are seen leaving Wyoming High School in Wyoming, Ohio, on June 22, 2017, following the funeral for Otto