US mosques step up security after New Zealand terrorist attack

Police forces around the US stepped up security at mosques on Friday after 49 people were slaughtered in a terrorist attack in New Zealand.

In New York City, NYPD officers were seen patrolling outside mosques with sniffer dogs and offering support inside before morning prayers commenced.

There was a similar increase in Los Angeles and Chicago.

Dozens of people were killed at the Al Noor mosque and another nearby mosque on Friday by 28-year-old white Australian terrorist Brenton Tarrant. 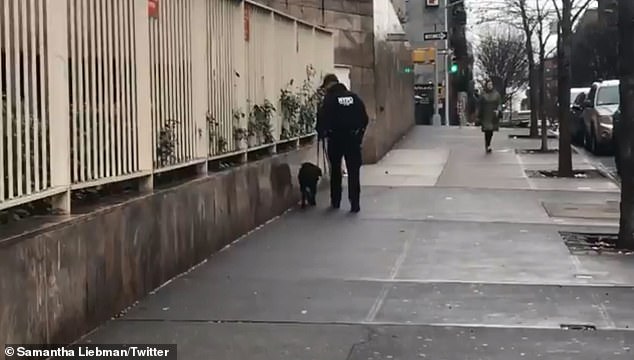 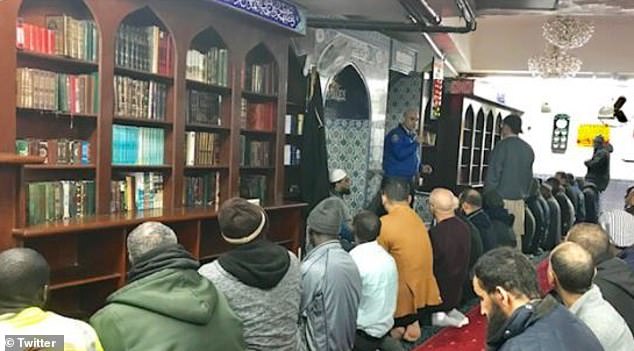 In this photograph shared by the NYPD, an officer is shown inside watching over worshipers while they pray

As he committed mass murder, another attack unfolded at the nearby Masjid in Linwood mosque.

In total, 49 people were killed and 48 were injured. It is the deadliest mass shooting in the country’s history.

An NYPD spokesman told DailyMail.com on Friday morning: ‘The NYPD, in conjunction with our law enforcement partners, is closely monitoring events in New Zealand, and out of an abundance of caution is assessing security at locations around the city.’ 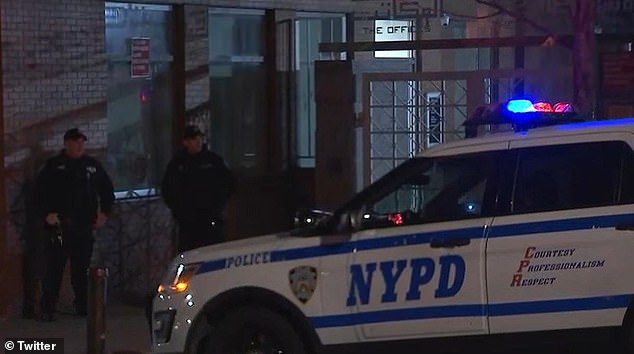 ‘While this attack appears to be an isolated incident with no nexus to LA, out of an abundance of caution we’re providing extra patrols around mosques.

‘Our thoughts & prayers are with all affected.’

President Trump, who is named in the shooter’s sickening manifesto as a ‘symbol of renewed white identity’, denounced it on Friday as a ‘horrible massacre’.

The gunman, Brenton Tarrant, said that he wanted to create a civil war in America by reigniting the debate surrounding guns.

He is now in custody along with two other men and a woman. 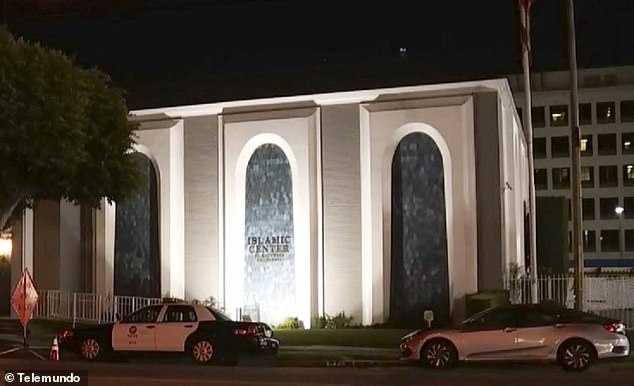 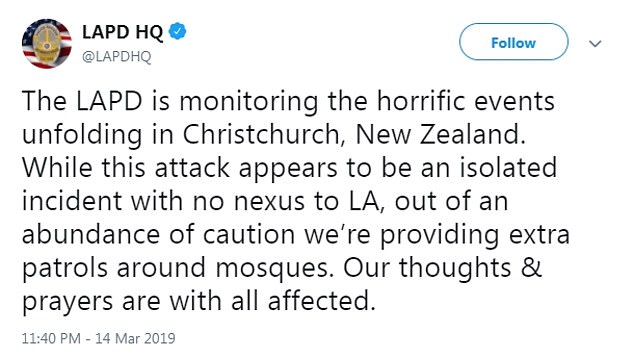 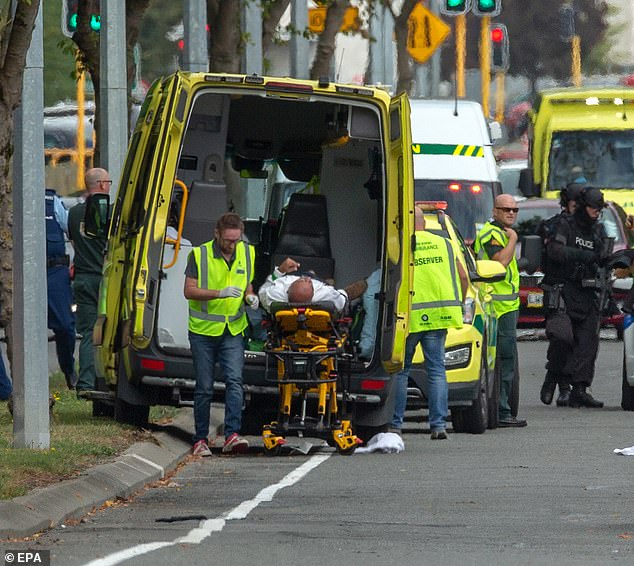 49 people were killed and 48 were injured in two shootings between two mosques in Christchurch, New Zealand, on Friday morning