American manufacturers shipped millions of dollars’ worth of critical face masks and protective medical equipment to China earlier this year despite the coronavirus pandemic, shedding light on how Trump’s administration initially failed to take the threat seriously.

In January and February, the US exported about $17.6million worth of face masks and similar goods to China, a surge of over 1,000 per cent compared to the same time last year, according to a Washington Post analysis of customs data.

Data from US Customs and Public Citizen reveal that the shipment of ventilators and protective garments jumped by triple digits in that time.

The US may have lost critical tools and time by exporting such a massive amount of medical goods to China as today’s hospitals across the country scramble to keep up with the mounting toll of coronavirus cases, ration the limited number of PPE in hospitals, and plead with the federal government to send more.

US manufacturers shipped $17.6million worth of face masks and similar goods to China in January and February 2020, despite the crisis stateside, shedding light on how the Trump administration initially failed to take the coronavirus threat seriously. File image of 3M N95 face masks in California above

‘Instead of taking steps to prepare, they ignored the advice of one expert after another. People right now, as we speak, are dying because there have been inadequate supplies of PPE,’ Democratic Rep. Lloyd Doggett of Texas said.

The Trump administration has been repeatedly criticized for its delayed response to the coronavirus outbreak.

Despite the increase in exports to China of medical gear – it’s really just a small fraction of overall US need for such equipment.

By the end of January, seven Americans had fallen ill from the virus and the White House national security staff said that the danger of a real pandemic was real.

In late February, the federal government then began to push a flier to encourage American business to sell ‘critical medical products’ to China and Hong Kong through an expedited sales process.

A flier by the Commerce Department entitled ‘CS China COVID Procurement Service’ was published on February 26 – the same day that COVID-19 deaths peaked at 2,770 globally, with most cases in China.

On March 3 an official at the US Embassy in Beijing told colleagues about the new service being offered.

‘The CS China healthcare team has been busy working with Chinese government procurement agents and U.S. companies to address local healthcare needs. We created the China and Hong Kong COVID Procurement Service — please find the flyer attached. We welcome you to send this flier to relevant U.S. manufacturers and suppliers,’ the email said.

That program was reportedly shut down on March 4 by the International Trade Administration, according to a senior Commerce official who spoke on the condition of anonymity.

‘Department of Commerce senior leadership is aware of this issue and is investigating,’ the source said.

At the start of the year the White House was outspoken about the shipments sent to China. On February 7 the State Department announced nearly 17.8 tons of donated medical supplies including masks, gowns, respirators and other crucial equipment were sent over. 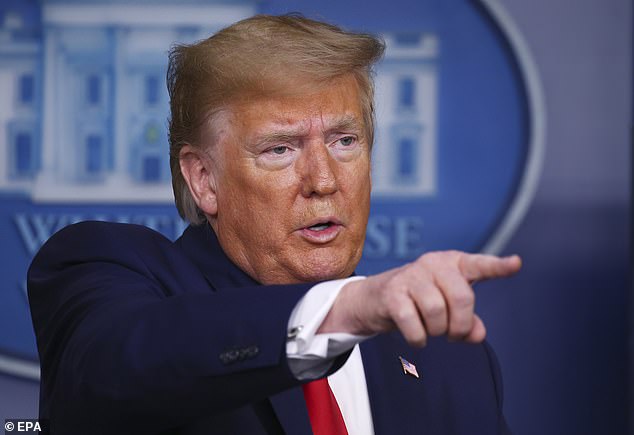 In January and February Trump touted how the State Department donated tons of medical supplies to China. In April Trump urged American companies to manufacture medical supplies for the US first before foreign customers

On April 2 Trump hit out at 3M for selling medical supplies to China, threatening to invoke the Defense Production Act to prevent it from selling to foreign nations. Later, Trump took back that order and announced a new agreement where 3M could provide masks to foreign customers while ramping up domestic production.

However, some lawmakers, including Rep. Doggett, are left aghast that American companies were shipping equipment to China when US medical providers were in desperate need themselves of such supplies.

Data from April shows that hospitals are suffering a major hit from the shortage of lifesaving protective equipment.

The Centers for Disease Control reports that 9,282 US health care workers have been diagnosed with the virus through April 2. Through April 9 at least 723 have been hospitalized, with 184 of those cases in the ICU. So far at least 27 people have died from COVID-19.

Manufacturing companies are saying despite the paradox of US’s coronavirus crisis and the surge in shipping to China, they were acting upon the word of the encouragement of the federal government. 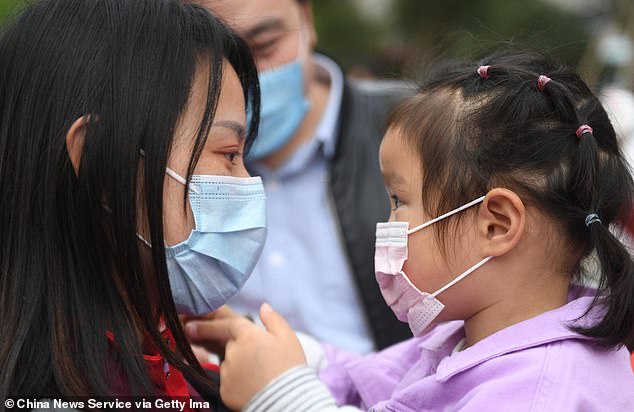 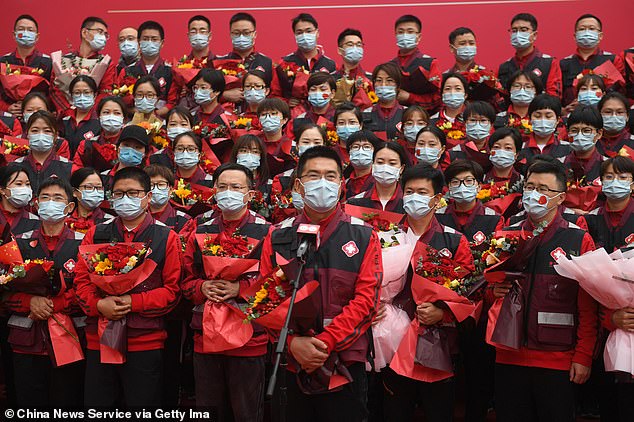 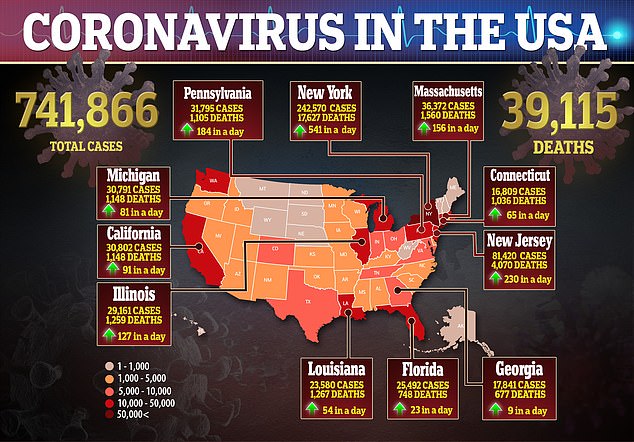 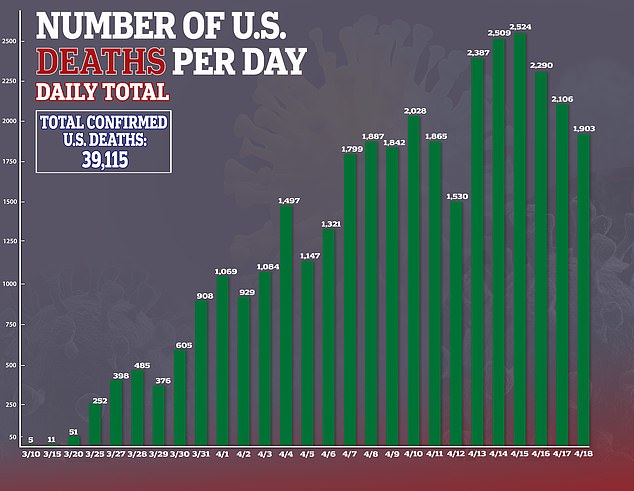 ‘We were not aware of any discouragement from anyone during those very early days of the crisis, including from the US government, to export from outside of China into China,’ 3M spokesperson Jennifer Ehrlich said.

In fact, through February some administration officials were clamoring for nations and businesses to help China.

On April 2 the Trump administration walked back on its previous encouragement of American businesses to ship out medical supplies and instead announced the Defense Production Act – an order that prevents companies from selling masks to foreign customers and requires they provide them to US customers first.

Trump honed in on manufacturing company 3M, reprimanding them in a tweet for shipping a high amount of medical goods to China.

Later, Trump took back that order and announced a new agreement where 3M could provide masks to foreign customers while ramping up domestic production.

Today, American states are in a bidding war with one another for medical supplies.

Illinois officials reported last week that N95 masks, which normally cost $1.75 each, are being sold for as much as $12 each.

Nicole Lurie, who served as Assistant Secretary of HHS for preparedness and response in the Obama administration, said the White House ‘could have acted much earlier to alleviate the mask shortage by completing work on a high-speed mask production line and placing orders early to manufacturers to surge production.’