US soldier killed in Afghanistan Saturday: Second American service member to die there this month

U.S. Department of Defense officials say a 25-year-old soldier from Leavenworth, Washington, was killed during combat operations in Afghanistan.

Army spokesman Lt. Col. Loren Bymer said Sunday that Jasso was wounded by small arms fire and was immediately treated and evacuated to the nearest medical treatment facility, where he died of his wounds.

The incident is under investigation.

He was on his third deployment to Afghanistan after enlisting in the Army in 2012. 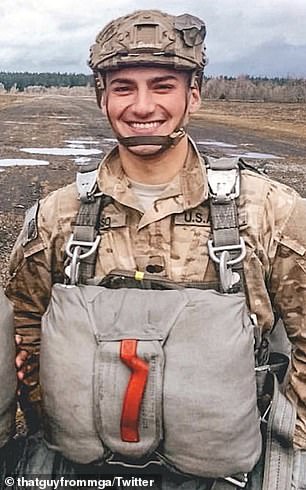 Army Sgt. Leandro A.S. Jasso, 25, was killed during combat operations in Afghanistan on Saturday. It was his third tour 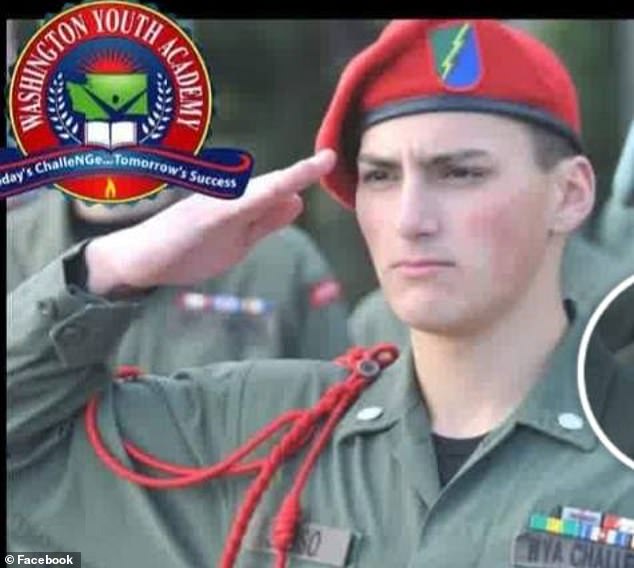 Army spokesman Lt. Col. Loren Bymer said Sunday that Jasso (pictured in 2012) was wounded by small arms fire and was immediately treated and evacuated to the nearest medical treatment facility, where he died of his wounds.

‘Sgt. Jasso was a humble professional who placed the mission first, lived the Ranger Creed and will be deeply missed,’ said Lt. Col. Rob McChrystal, commander of 2nd Battalion, 75th Ranger Regiment, in a statement

Jasso is the 10th service member to die in Afghanistan in 2018 and the second to die this month.

On November 3, Major Brent Taylor, 39, a member of the U.S. Army National Guard and the mayor of North Ogden, Utah, died in an insider attack in Kabul.

Taylor, a father of seven, was on his fourth deployment and a second tour of Afghanistan.

Insider attacks have been a growing problem for the U.S. in Afghanistan.

In a separate incident two Afghan soldiers also died Saturday when their helicopter made an ’emergency landing’ in the southern Kandahar province due to a technical problem, Defense Ministry spokesman Ghafor Ahmad Jawad said. 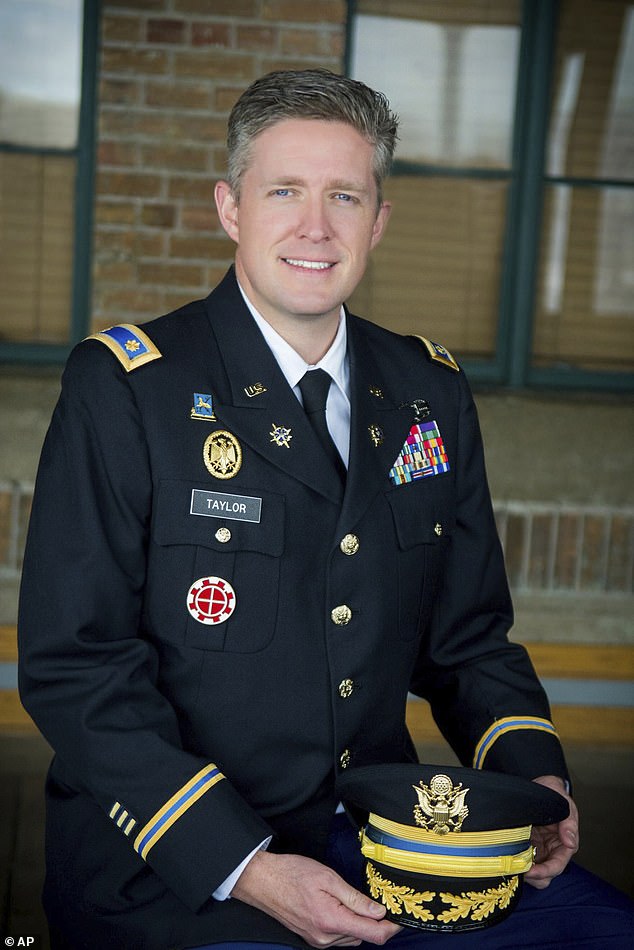 The remains of Taylor arrive back in the U.S. following his death on November 3. Insider attacks have been a growing problem for the U.S. in Afghanistan

In the capital, Kabul, a senior religious scholar was shot and killed, said Basir Mujahid, a spokesman for the capital’s police chief. No one immediately claimed the killing of Abdul Basir Haqqani, but police arrested a man with a pistol near the scene of the shooting, Mujahid said.

Also Saturday, the Islamic States group in statement posted on its Aamaq website claimed responsibility for the suicide attack on Friday inside an army base in eastern Khost province which killed at least 27 army soldiers.

‘The attack was carried out by a suicide bomber who detonated his explosive vest among them (army soldiers),’ the IS statement said, without mentioned that the attack occurred inside a mosque at the base.

On Thursday President Donald Trump hinted at a possible visit to troops in Afghanistan. The president is yet to visit military members in Afghanistan or Iraq.

The U.S. and NATO formally concluded their combat mission in 2014, but still provide vital support to Afghan security forces, who have been struggling in recent years to combat a resurgent Taliban and an Islamic State affiliate. Some 15,000 U.S. soldiers are currently serving in Afghanistan.

International forces have also suffered from so-called insider attacks in recent months, in which Afghan soldiers or police have opened fire on them.