US soldiers killed in helicopter crash in Iraq are named

The U.S. Air Force have released the names of the seven American soldiers who were killed in a military helicopter crash in western Iraq on Thursday.

The HH-60 Pave Hawk helicopter crashed near al-Qaim, a town in Anbar province close to the Syrian border, reportedly after hitting a power line. 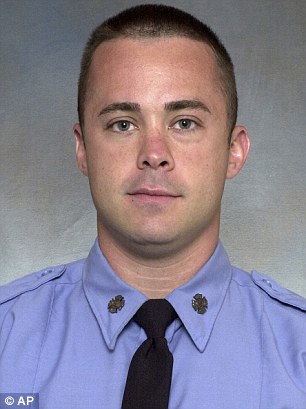 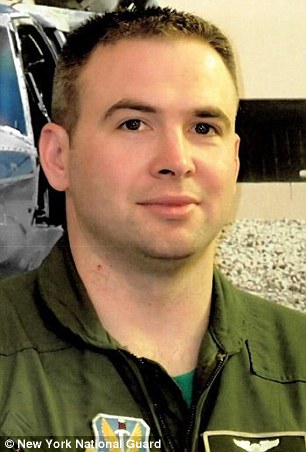 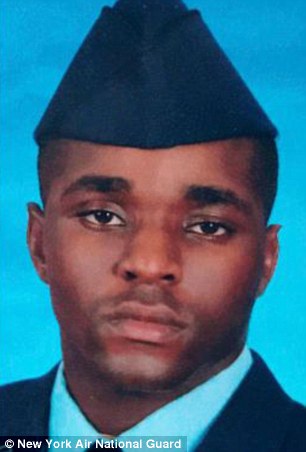 Tragic: Capt. Andreas B. O’Keeffe and Staff Sgt. Dashan J. Briggs were also among the seven US servicemen killed in the helicopter crash in Iraq last week

Zanetis had graduated both NYU and Stanford Law and was currently on leave to pursue a law career and reportedly worked at a Manhattan firm.

‘He was operating at genius level,’ a friend told the New York Daily News. ‘He was the future of this country. He was really a true American hero.’

Raguso, a married father of two young daughters, had been cited for bravery and life-saving rescues six times, according to the website. 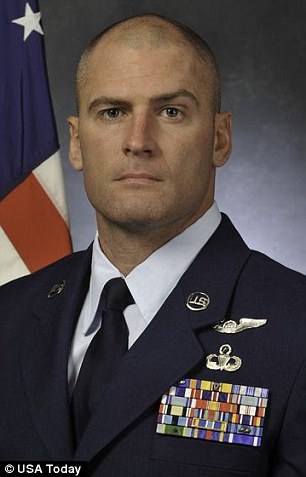 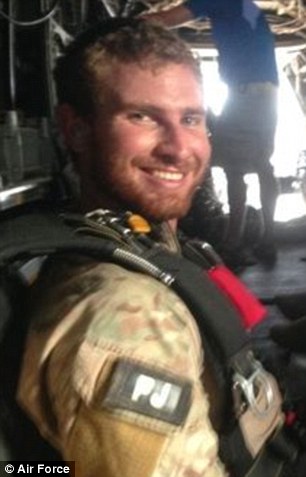 Staff Sgt. Briggs, also a married father-of-two, was a full-time member of the military and a former All Division high school football star.

Capt. O’Keeffe had a civilian career as a federal employee and had previously been deployed to Iraq three times, as well as to Afghanistan and the Horn of Africa, according to Patch.com 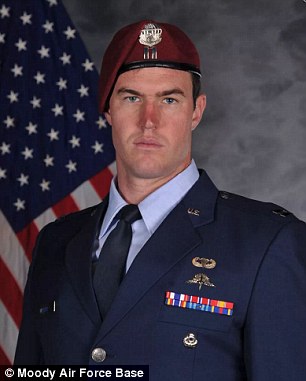 Also among those killed in the crash was Capt. Mark K. Weber, 29, of Colorado Springs, Colorado, of the 38th Rescue Squadron at Moody Air Force Base, Georgia

Staff Sgt. Enis had joined the Air Force in 2010, and had a civilian career as a commercial real estate salesman, according to a local newspaper.

Master Sgt. Posch, an 18-year veteran, was hailed on social media as a ‘hero’ and a dedicated father.

Also among those killed in the crash was Capt. Mark K. Weber, 29, of Colorado Springs, Colorado, who was assigned to the 38th Rescue Squadron at Moody Air Force Base, Georgia.

The cause of the crash is still being investigated but officials have said that it does not appear to have been the result of enemy activity.

President Donald Trump offered his condolences to the families of the ‘brave troops’ in a tweet on Thursday. 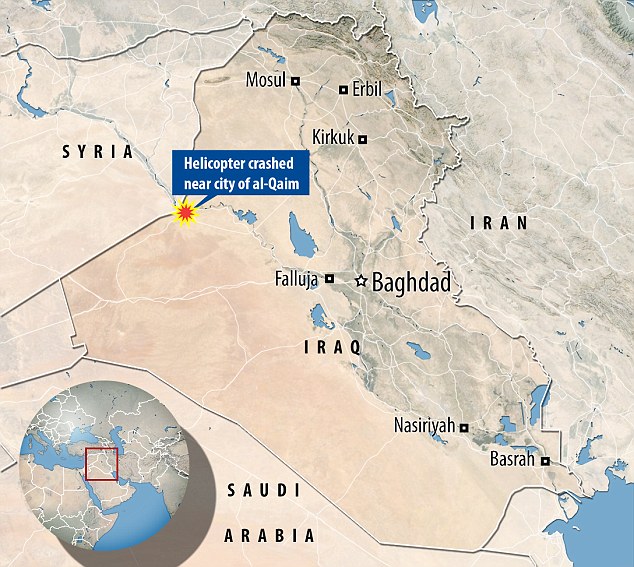 Tragedy: The helicopter crashed near al-Qaim, a town in Anbar province close to the Syrian border yesterday, with all seven U.S. servicemen on board killed in the incident 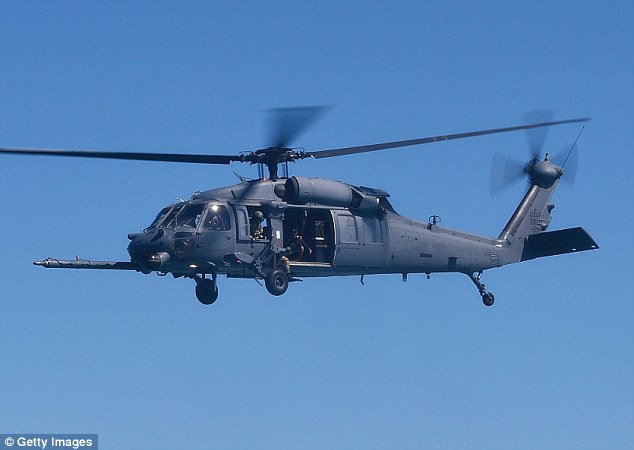 Crash: The HH-60 Pave Hawk helicopter was not brought down by enemy fire (file image)

Condolences: Donald Trump tweeted a message to the families of the servicemen

He posted: ‘Our thoughts and prayers go out to the families and loved ones of the brave troops lost in the helicopter crash on the Iraq-Syria border yesterday.  Their sacrifice in service to our country will never be forgotten.’

The helicopter is used by the Air Force for combat search and rescue, and was in transit from one location to another when it went down Thursday afternoon.

The crash is the deadliest incident involving U.S. soldiers abroad since May, 2013, when seven servicemen were killed by a roadside bomb in southern Afghanistan.

The United States acknowledges that it has about 5,200 troops in Iraq that are part of a coalition fighting ISIS militants.

The US has operated both helicopters and fixed-wing aircraft in Iraq during the war against ISIS, which overran large areas north and west of Baghdad in 2014.

US forces began carrying out air strikes against ISIS in August 2014, a campaign that was later expanded to Syria, and has provided weapons, training and other support to forces fighting the jihadists in both countries.

Baghdad declared victory over the extremists late last year, but ISIS still has the ability to carry out deadly violence in Iraq, including a series of attacks in the country’s north that left 25 dead earlier this month.