The Salt Lake City cop who arrested a terrified nurse for doing her job has been booted from his part-time paramedic role.

Bodycam footage of Detective Jeff Payne shows him cuffing nurse Alex Wubbels for refusing to take blood from an unconscious man because she couldn’t get consent.

Later, after she’s been released without charge, Payne says that he will spite her by taking transient patients to her hospital and the ‘good patients’ elsewhere. 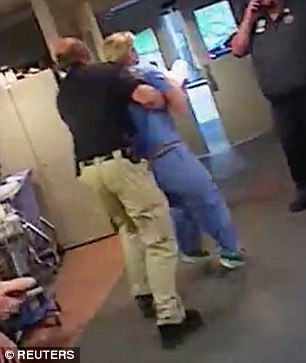 Salt Lake City detective Jeff Payne (left) has been fired from his part-time paramedic job after video of him arresting a nurse emerged last week. He hauled her out for refusing to draw blood 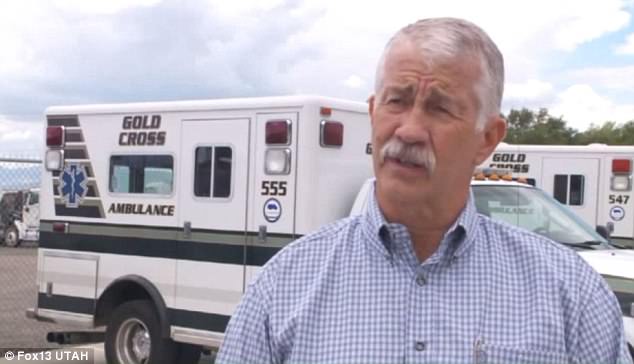 Moffitt said he was unaware of Payne’s shocking remarks until the video was released by Wubbels last week, and that he fired Payne on Tuesday.

Payne had been working as an EMT and paramedic for Gold Cross – a private ambulance company that contracts with Salt Lake City – since 1983.

The job pays around $12.22 an hour, according to Glassdoor.

Payne had generally been a hardworking, conscientious employee who followed the rules, so the behavior displayed on the video was shocking, Moffitt said.

In the video, recorded on July 26, Payne arrives at the hospital and demands a blood sample from a truck driver who was left unconscious in a burn unit after a car crash.

The driver’s truck had been hit by a speeding car that had been involved in a police chase; Payne claims he wanted the sample to protect the man, not prosecute him.

Wubbels tells Payne that she can’t take the sample until the man regains consciousness and consents – unless the cop has a warrant or the man is under arrest.

She makes calls to her University of Utah supervisors who say the same thing.

He doesn’t have a warrant, but puts her on the phone with his lieutenant, who says she will be arrested if she doesn’t comply. 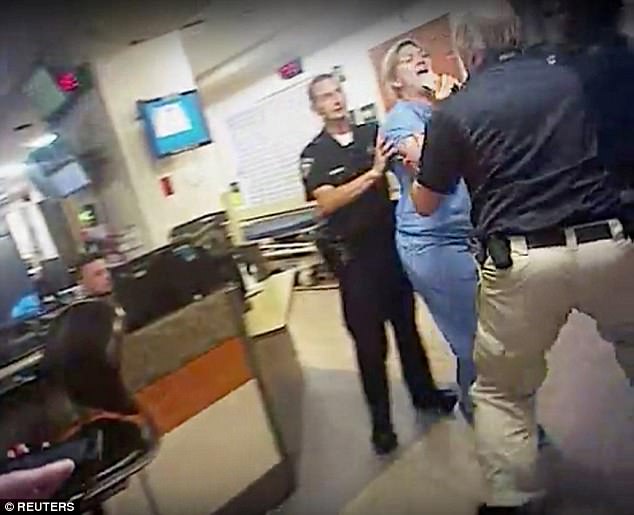 Payne had worked as an EMT at the company since 1983 and had generally been a good employee said Moffitt, who says he only recently saw the footage Wubbels had released

When she refuses again, Payne grabs her and drags her outside, cuffing her hands behind her back as she screams ‘I’ve done nothing wrong!’

Other hospital staff are seen asking why she’s being arrested, but Wubbels later said that the hospital security and university police did nothing to intervene.

She later told The Associated Press: ‘This cop bullied me. He bullied me to the utmost extreme. And nobody stood in his way.’

Her lawyer, Karra Porter, said she can understand ambulance company would be troubled by his comments and the decision to let him go wasn’t surprising.

Wubbels told Today earlier this week that a lawsuit ‘is still on the table,’ and that she released the video to spur on the investigation, but didn’t think it was her job to do so.

‘I’m not here to police the police,’ she said. ‘The police need to do that if they’re going to regain any trust with the public.’

Payne was put on paid leave by Salt Lake City police after the video emerged. A second officer was also put on leave after authorities opened a criminal investigation into the arrest.

The other officer has not been identified. Police have said the lieutenant’s actions are also under review. 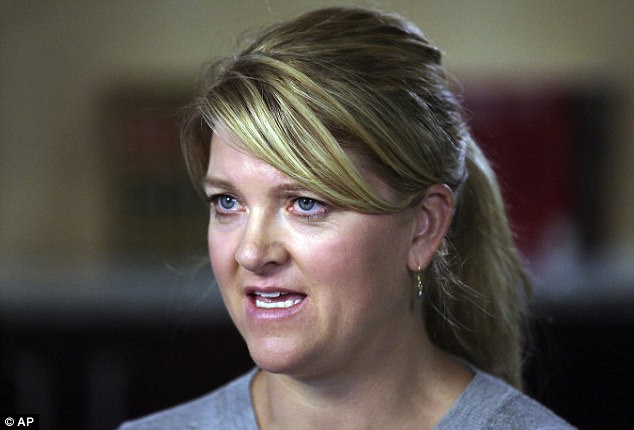 Wubbels (pictured) said she made the bodycam footage public to spur on an investigation. Payne is on paid leave and a criminal investigation has been opened up