Parents are left shocked after a Utah high school gave students a ‘drug and sex’ quiz that scored their decency.

The teacher who gave the questionnaires to juniors has since been put on leave. 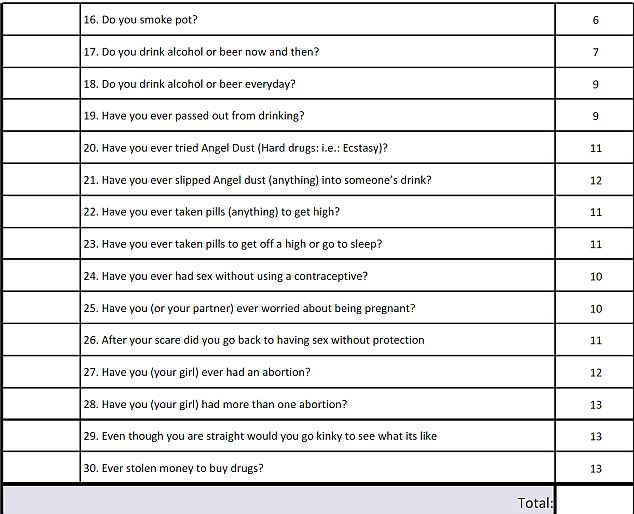 The questions then measured the teen’s decency on a scale of ‘nerd’ to ‘hopeless and condemned.’

The quiz is a series of 30 yes or no questions that are each worth a certain amount of points for a yes answer.

Questions start simple with: ‘Ever gone out with a member of the opposite sex?’

Being kissed against your will is worth 2 ‘indecency’ points, but experimenting with the same sex is worth more points than drugging someone’s drink.

Question 29 asks: ‘Even though you are straight would you go kinky to see what its (sic) like’.

The quiz was enough to prompt concern from parents. 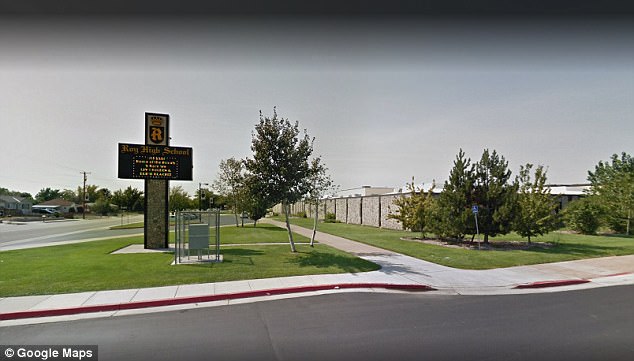 ‘I was in shock. I couldn’t believe something like this was handed out to students,’ Heather Danks Miller told the Salt Lake Tribune. ‘My daughter actually filled it out in class and was upset about the grading.’

‘I don’t think those questions should be put to anyone by a person a position of authority,’ Danks Miller said. ‘Students should trust their teachers, but this puts them in a vulnerable position to get a grade.’

The Weber School District said they were unaware of the questionnaire, even though it is hosted on a district website portal.

Spokesman Lane Findlay said it was not part of the course curriculum and did not know how many students were given the assignment.

The school is about 30 miles north of Salt Lake City.