Pop goes the blister! Utterly revolting moment woman’s blister on her foot BURSTS on an American Airlines flight, splattering other passengers and the aircraft with her blood

A talk show host experienced one of the most horrifying airplane taboos when another passenger’s blister popped on her foot, causing blood to splurt out and splatter others on the flight.

South Florida talk show host Andy Slater shared on a Twitter thread that the ‘bloody mess’ happened on Wednesday while he was on an American Airlines flight to Miami.

Slater shared that when the blister burst, blood splattered across the aisles and landed on two guys sitting in front of him.

South Florida talk show host Andy Slater shared on a Twitter thread that the ‘bloody mess’ happened on Wednesday American Airlines flight to Miami. He only managed to snap a photo of the back of the woman’s head

The blood landed on the plane’s windows and on one of the men’s books, which Slater shared a photo of.

Blood also managed to hit other passengers and the armrests that they were sitting on.

He also provided a photo of the flip flops the woman was wearing at one point, adding that he hoped the blanket she was using would go ‘in the garbage.’ Slater later shared on his show Thursday that the blanket was used to wrap her feet in. 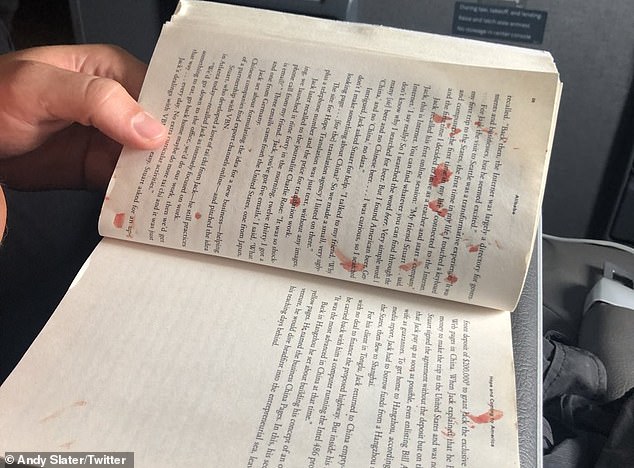 Slater shared that when the blister burst, blood splattered across the aisles and landed on two guys sitting in front of him. Blood landed on one of the men’s book 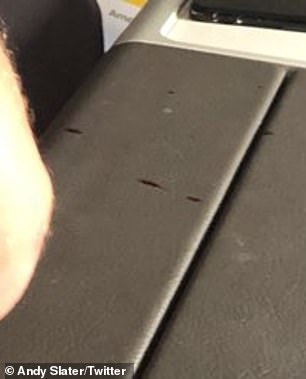 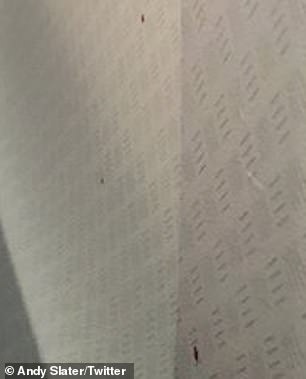 Blood also managed to get on aircraft walls, windows and an armrest where one of the passengers had been sitting 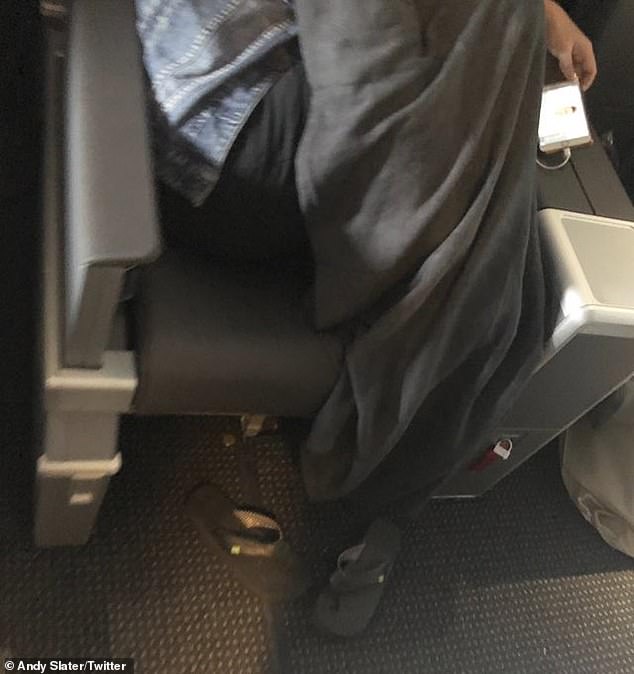 Slater shared that the woman was barefoot when he saw her, with her flip flops sitting on the ground. He added that she used a blanket to wrap her feet

He also shared that the passenger continued reading his book after it got wet.

The talk show host posted a video showing the moment when the plane landed in Miami, prompting paramedics from the Miami-Dade Fire Rescue Department to rush to the aircraft to attend to the three impacted by the splatter.

A flight attendant tells the woman and the other two passengers that they have to speak to the paramedics, adding that he also has to file a report. 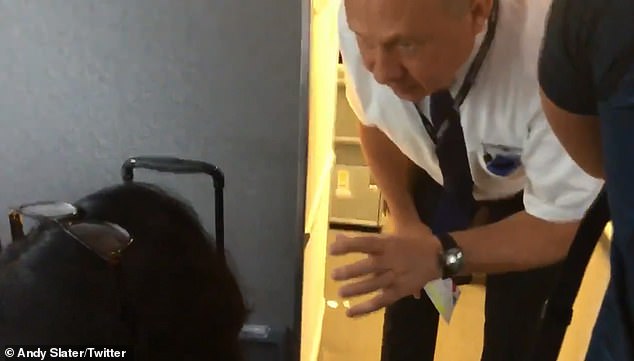 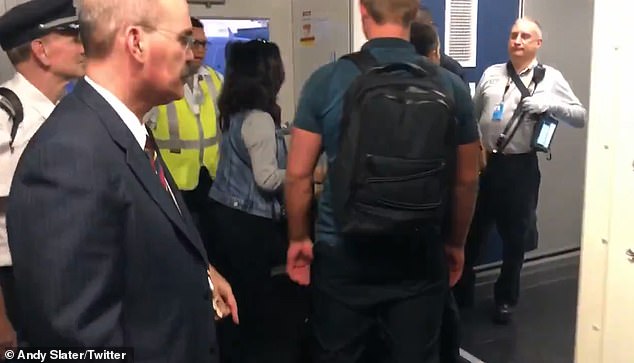 Passengers exit the aircraft and Slater pans to show the woman talking to paramedics.

‘Hopefully because of a deep cleaning,’ he added.