Vaginal cleansers, lubricants and wipes raise the risk of genital infections by up to 20 TIMES,

Women who use intimate-health products are more at risk of bacterial, fungal and urinary tract infections (UTIs), new research suggests.

Vaginal wipes double the risk of a UTI, while lubricants and moisturising creams increase women’s susceptibility to thrush by 2.5 times, the study found.

Lead author Kieran O’Doherty, from University of Guelph, said: ‘These products may be preventing the growth of the healthy bacteria required to fight off infection.’

Imbalances to ‘good’ bacteria in the vagina may also lead to reduced fertility, cervical cancer and a higher risk of sexually transmitted infections (STIs), according to the researchers.

So far this year, feminine-hygiene product sales have reached more than $2,720 million in the US alone.

DEMAND FOR ‘DESIGNER VAGINAS’ IS SOARING

The ever-growing desire for a ‘designer vagina’ has soared by almost 50 per cent over the course of a year, figures suggested in February 2018.

Industry figures reveal a 45 per cent jump in the number of labiaplasties – which involves trimming back the inner lips, like Barbie – across the world. 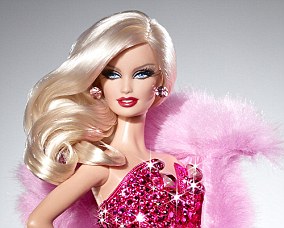 Leading names in plastic surgery have said the vaginal surgery, one of the most sought-after, is officially the ‘fastest growing procedure’.

IMCAS figures also show spending on cosmetic surgery has jumped by eight per cent in a year, totalling £7.5 billion ($10.7bn).

Spending on equipment and products used for nips, tucks and lifts is only expected to increase by another nine per cent next year.

On the back of the IMCAS figures, Dr Saltz added the ‘fastest growing procedure’ was the labiaplasty, which 100,000 people underwent in 2015.

He said: ‘The demand for cosmetic procedures is stronger than ever.’

Why do women use intimate-hygiene products?

Not enough women are aware of the risks of using intimate-hygiene products, according to Mr O’Doherty.

He adds society views vaginas as ‘impure’, which leads women to clean them excessively.

Mr O’Doherty said: ‘Our society has constructed female genitalia as unclean and the marketing of vaginal hygiene products as something women need to attain the ideal is contributing to the problem.

‘These products are viewed as a physical need rather than a choice. But the reality is, there are potential health risks to using these products.’

Vaginal products may be used to relieve existing infections

For instance, women with a yeast infection may use vaginal creams to calm any itching.

Results further suggest no link between vaginal infections and the use of genital deodorant sprays, powders, oils or creams.

In addition, none of the products in the study are associated with an increased risk of STIs.

The researchers analysed 1,435 women who provided information on the intimate-health products they use via an online survey.

The women were asked if they had used products specifically designed for the vaginal area, such as washes and wipes, or general items, like baby oil, in the past three months.

They also gave their reasons for using such products, as well as if they had suffered any genital symptoms or related conditions.

The findings were published in the journal BMC Women’s Health. 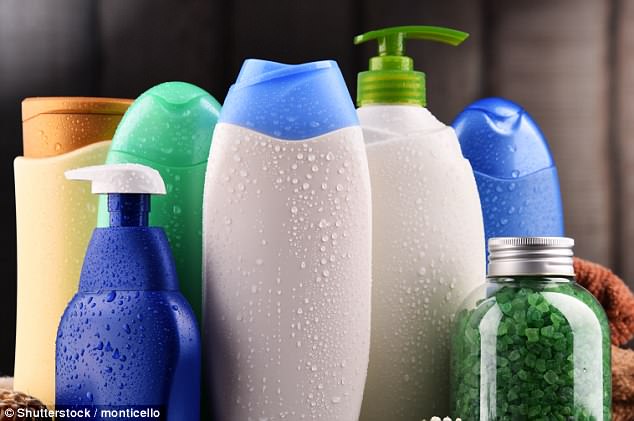 This comes after experts urged women not to use trendy apple cider vinegar to ‘tighten’ their vaginas last October.

Online blogs and forums are encouraging women to carry out this bizarre douching technique with the promise of making vaginas tighter, as well as cleaning excess menstrual residue.

Aside from vinegar being completely ineffective at tightening the vagina, Professor Linda Cardozo from the Royal College of Obstetricians and Gynaecologists in London warns it could disrupt the organ’s delicate ‘good’ bacteria, putting women at risk of irritation and infections.

Vagina’s are also self cleaning, with additional ‘menstrual residue removal’ being unnecessary.