Morocco have sacked Vahid Halilhodzic as the manager of the national side just three months before the start of the World Cup in Qatar.

Halilhodzic helped Morocco secure their place in the showpiece tournament by guiding the team to an unbeaten run in the qualification stages.

However, the Moroccan federation have parted ways with the Bosnian manager due to ‘differences’ in opinion over how the national team should prepare for the tournament.

As a result, Morocco just 101 days to find their new manager and integrate him into the team as the tournament in Qatar is due to start on November 21.

In an official statement, the Moroccan federation said: ‘Given the differences between the Royal Moroccan Football Federation and national coach Vahid Halilhodzic on the best way to prepare the national football team for the Qatar 2022 World Cup, the two parties decided to separate by mutual consent.’ 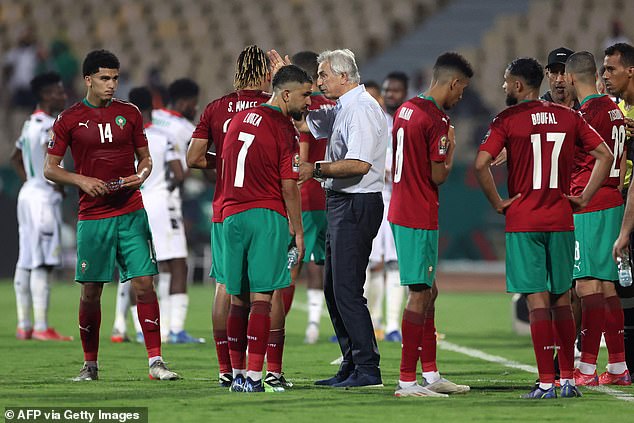 The statement added: ‘In this regard, the Royal Moroccan Football Federation extends its heartfelt thanks to the coach, Mr. Vahid Halilhodzic, during the period in which he supervised the leadership of the national team.

‘Foremost of which was qualification for the 2022 World Cup with a promising young team full of great future ambitions, for his part. Vahid Halilhodzic wished the national elite good luck.

The statement concluded: ‘The Royal Moroccan Football Federation affirms that it will provide all means and capabilities to prepare the national team well in the horizon of its participation in the Qatar 2022 World Cup.’

Halilhodzic had a difficult relationship with some of the players in the Moroccan side. He famously fell out with Hakim Ziyech – who decided to retire from international football as a result. 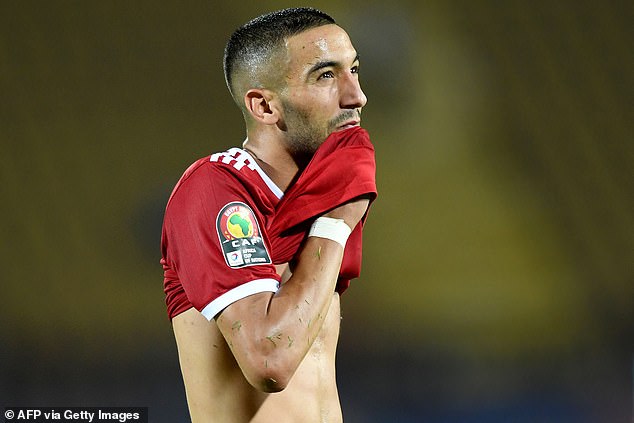 The 28-year-old was left out of the national squad chosen to participate in the Africa Cup of Nations in January, and hadn’t featured for the Atlas Lions since June last year.

With Halilhodzic suggesting he had no intention of selecting the attacker for the World Cup qualification playoff tie against the Democratic Republic of Congo in March, Ziyech has decided to close that chapter of his career.

Ziyech said: ‘I understand them [the fans], but I will not return to the national team. That is my final decision. I am focussing on what I am doing with my club.

‘It was a decision he [Halilhodzic] made and you have to respect it. But then if all the lying comes with it… for me it is clear and I will not return to the national team. I feel sorry for (the fans), but that’s the situation right now.’ 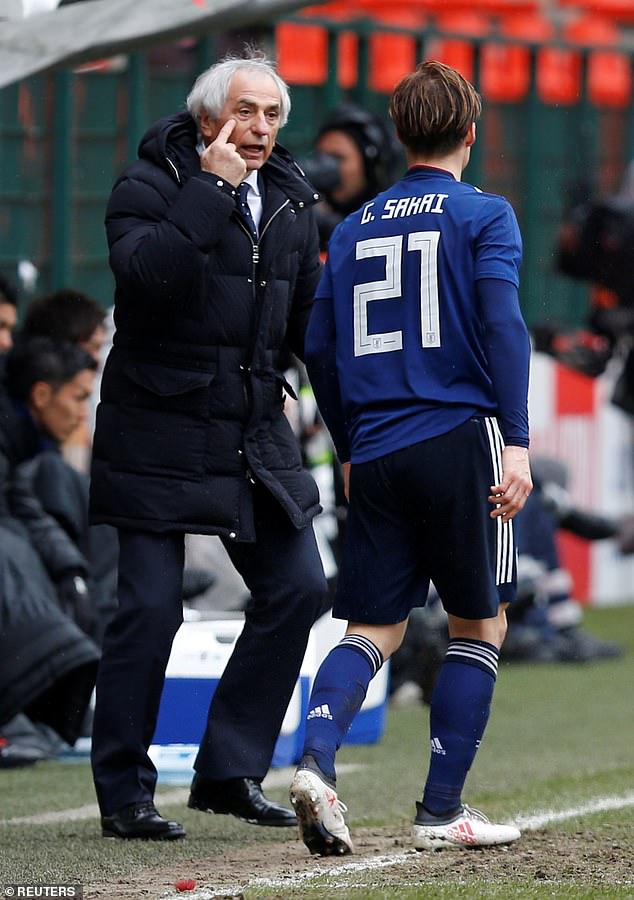 The Bosnian manager was also sacked as Japan boss with just two months left until the 2018 World Cup. His brusque manner was cited as the reason for Japan firing him

The frosty relationship between the pair started when Halilhodzic accused Ziyech of faking injuries to avoid national duty. The Chelsea winger was furious and decided to walk away from the team.

However, Federation president Fouzi Lekjaa has been pressing for a return of the Dutch-born midfielder amid a public outcry at his absence, putting him at odds with his coach, who was appointed to the Morocco job three years ago.

This is not the first time Halilhodzic has been sacked in the build-up to a World Cup. He was previously sacked as Ivory Coast head coach less than four months before the 2010 World Cup. He was replaced by Sven Goran Eriksson.

The Bosnian manager was also sacked as Japan boss with just two months left until the 2018 World Cup. His brusque manner was cited as the reason for Japan firing him after he had qualified them for the last World Cup in Russia. 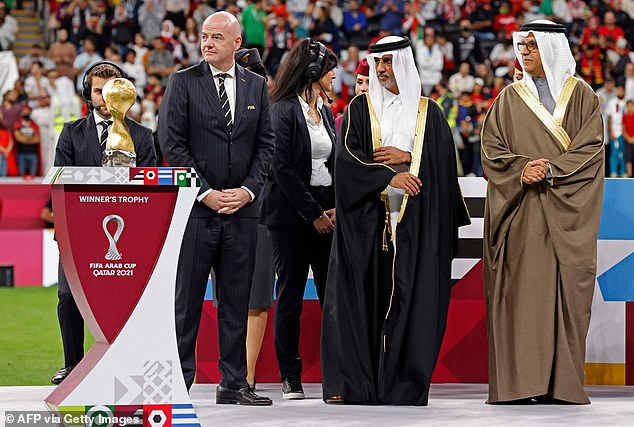 The Japanese Football Association also cited ‘communication’ problems and claiming he had lost the trust of his players.

However, he did take Algeria to the 2014 World Cup in Brazil, where they came close to an upset victory over Germany in the last 16.

Morocco is expected to name its former international Walid Regragui as its new coach. He led Wydad Casablanca to the African Champions League crown in May.