Vampires, cyberpunks and bejewelled demons turn out for the Whitby Goth Festival

Thousands of goths have descended on a quiet seaside town to celebrate the art of darkness.

Steampunk, Cybergoth, Romanticism or Victoriana fans travelled over the moors to Whitby, which has become their spiritual home twice a year, for the Whitby Goth Weekend.

The town in North Yorkshire was chosen for the bi-annual event because it was where Bram Stoker wrote the gothic classic Dracula.

It is filled with Goth landmarks including Whitby Abbey, which is said to be the inspiration behind Dracula’s castle.

The festival, which has been running since 1994, is one of the largest of its kind in the world and is so popular that in 1997 is began running twice a year, in April and October – to coincide with Halloween. 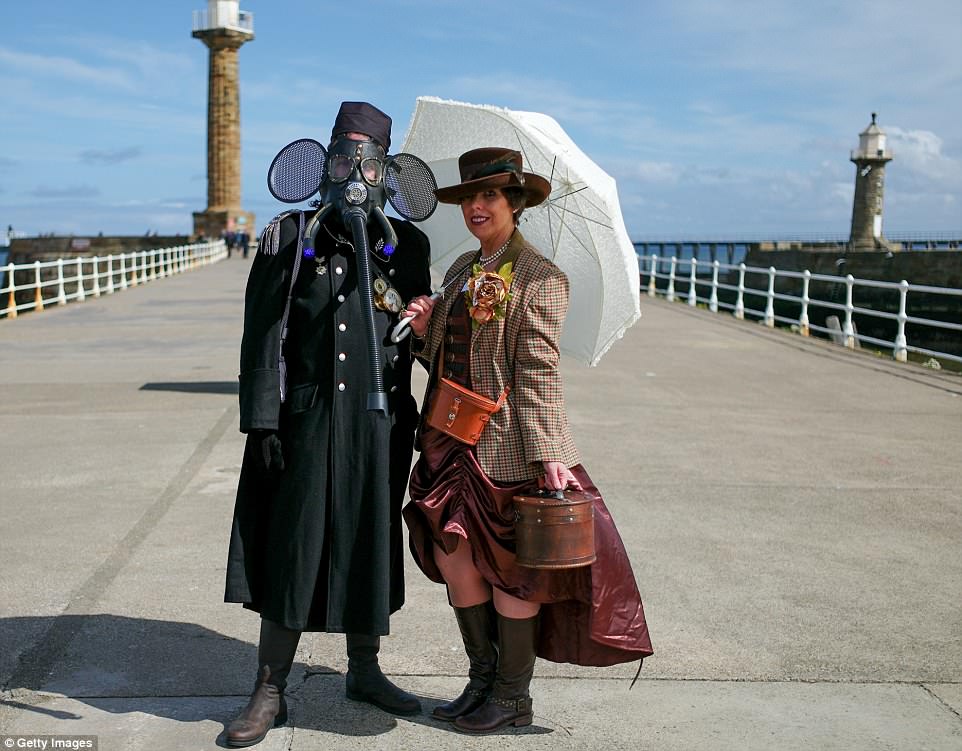 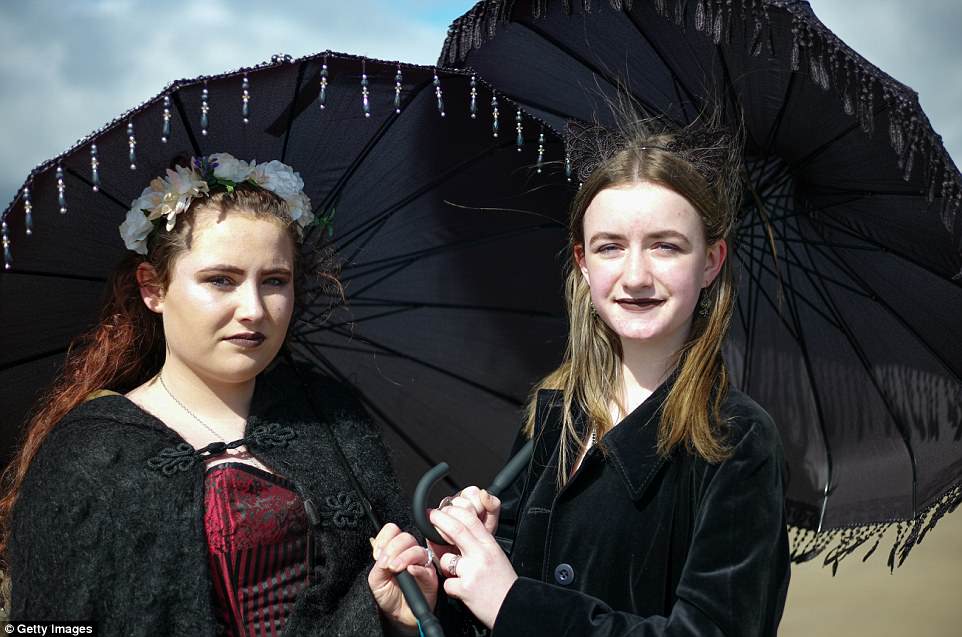 Hannah Dutton (L), 14, and Isla Catherine Grossett, 14, from Guisborough stand on the pier with their Victorian-style brollies 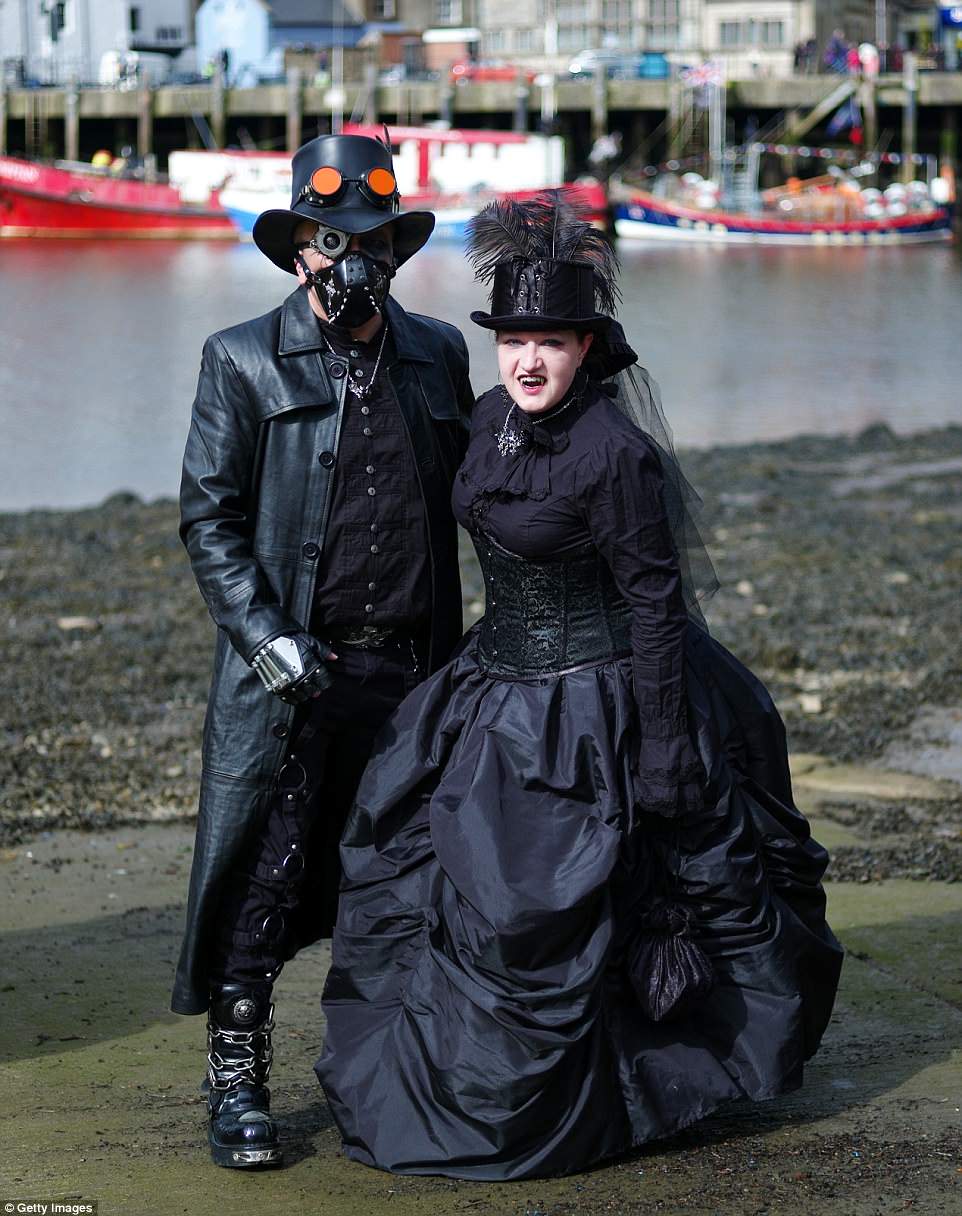 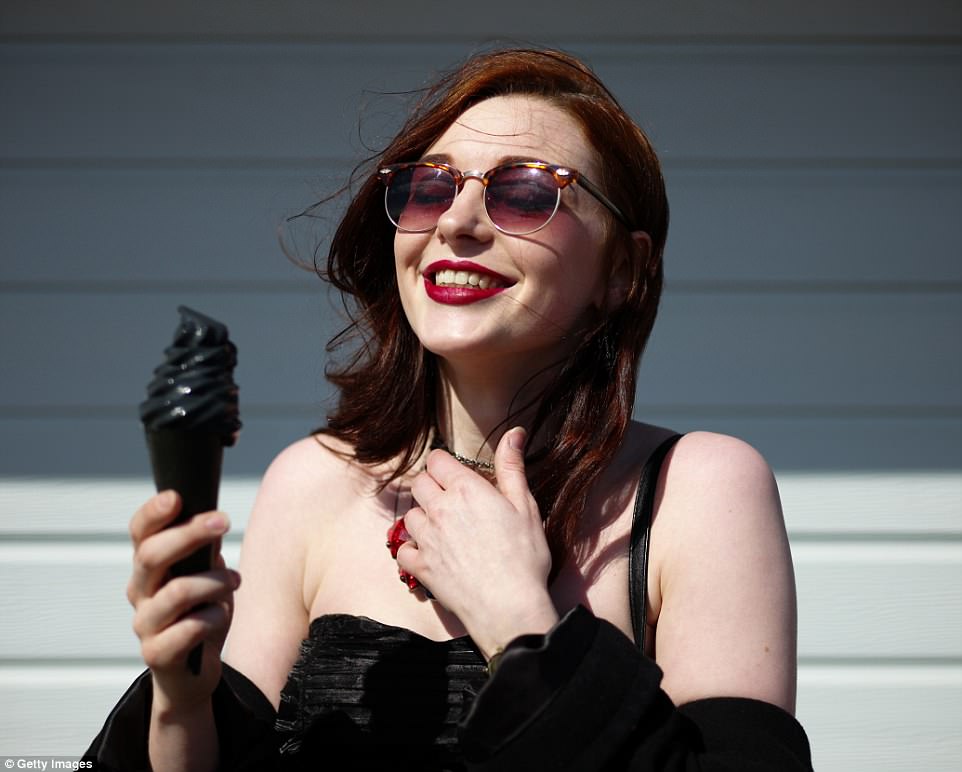 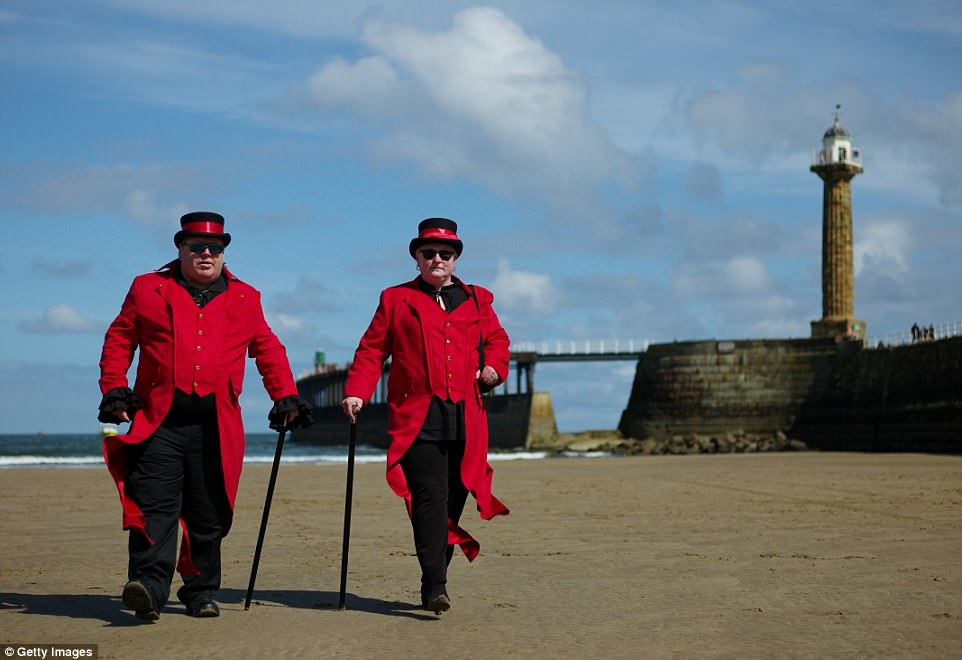 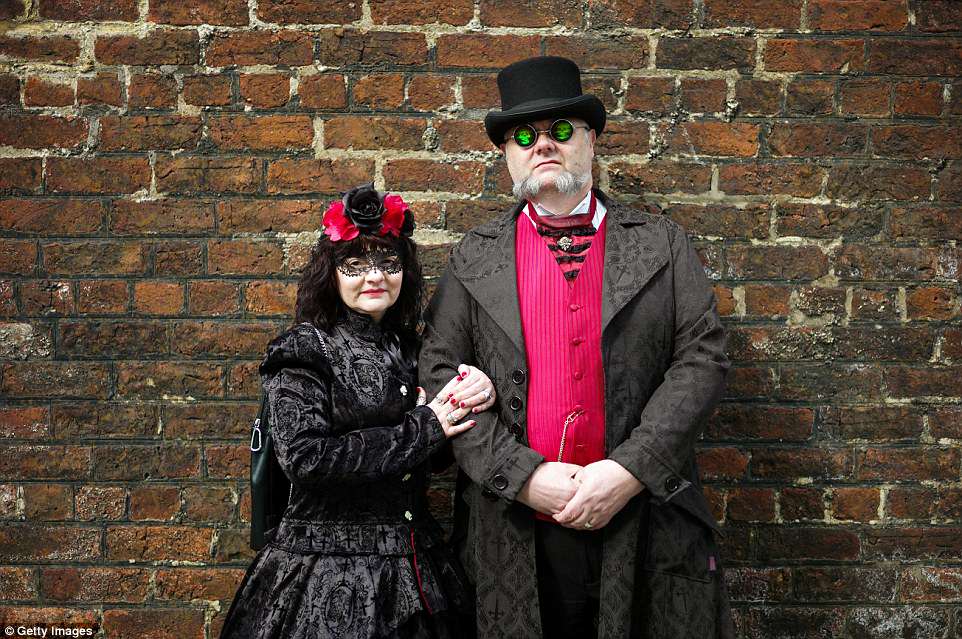 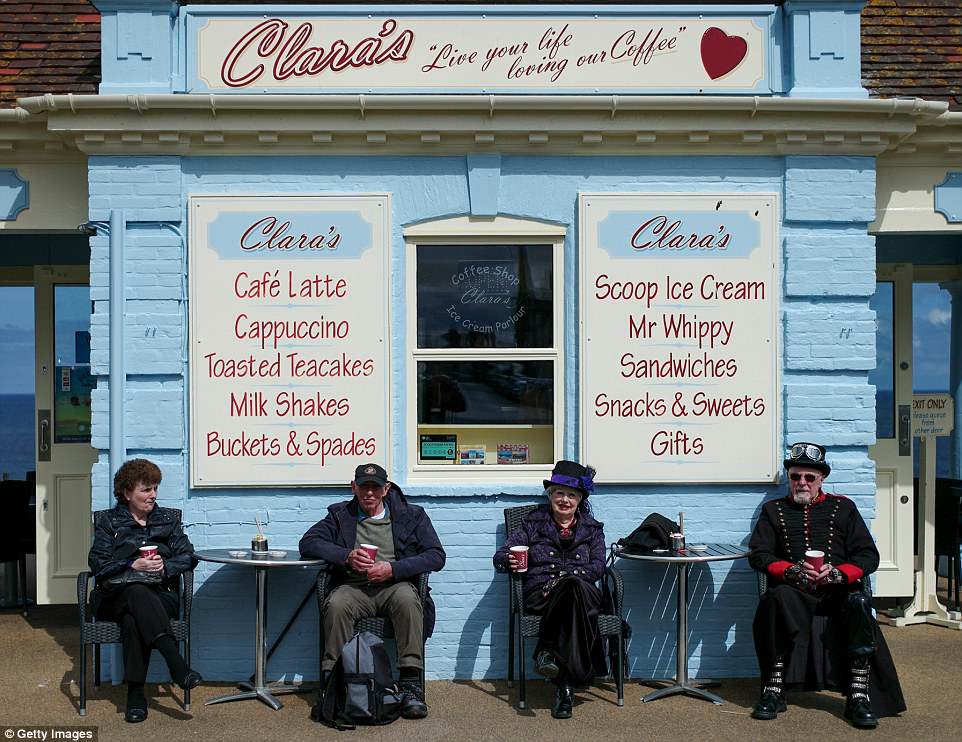 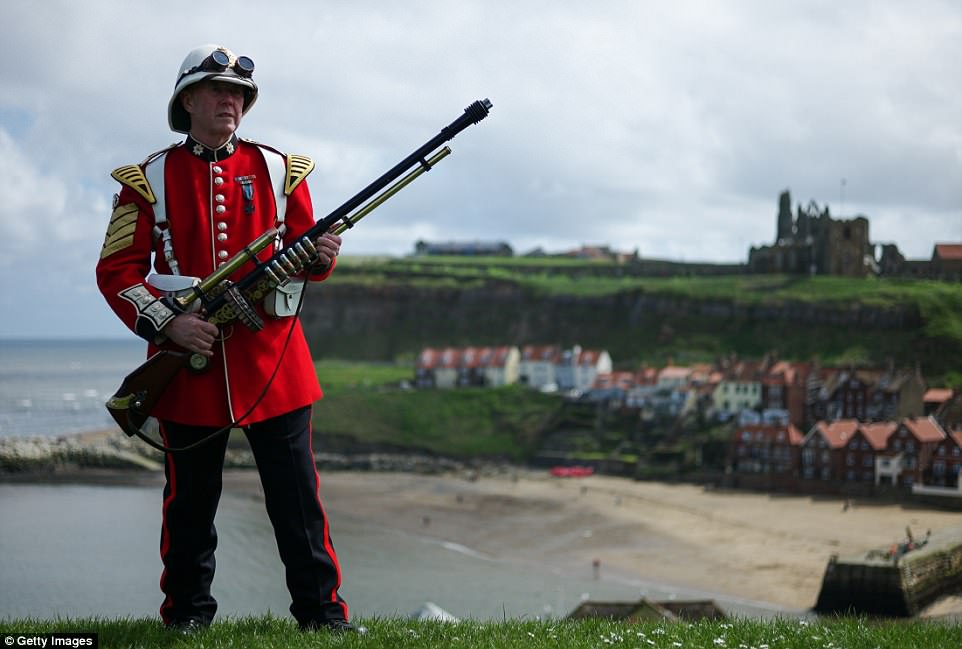 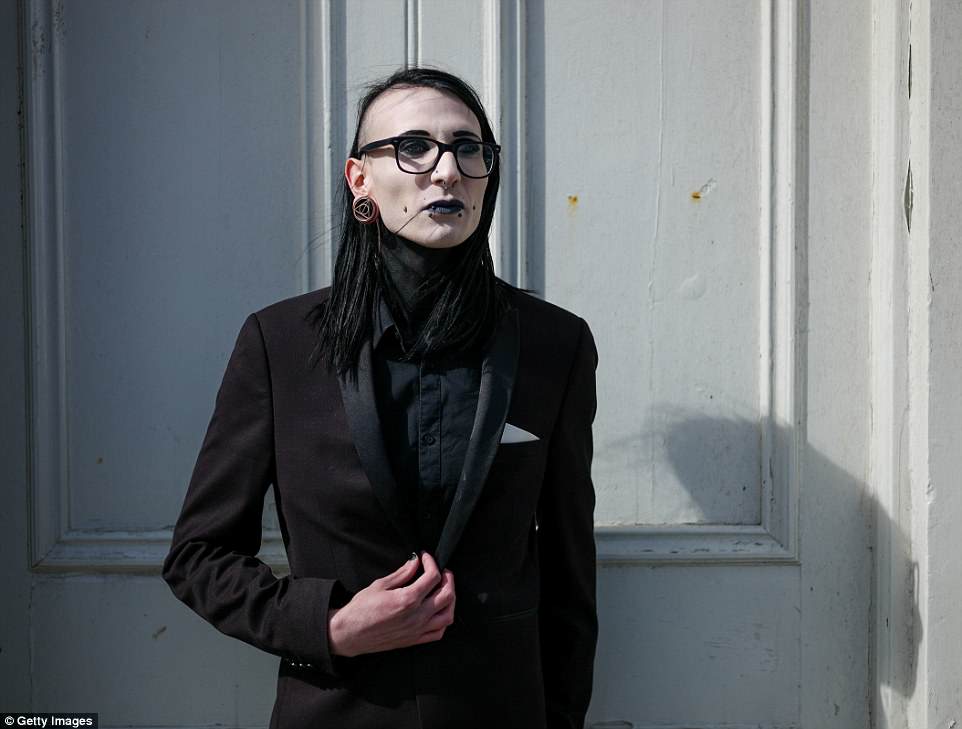 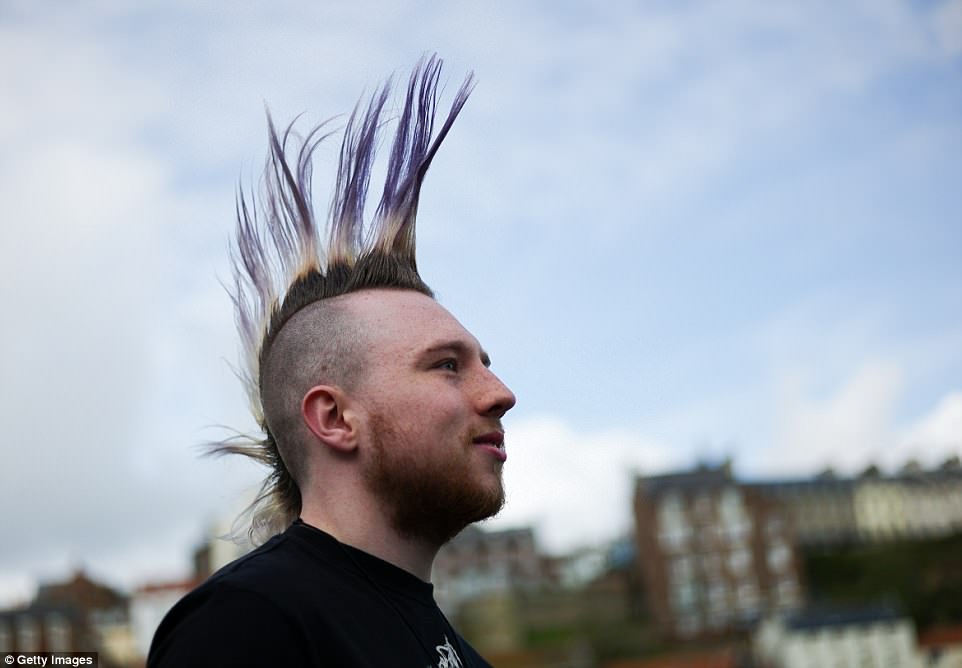 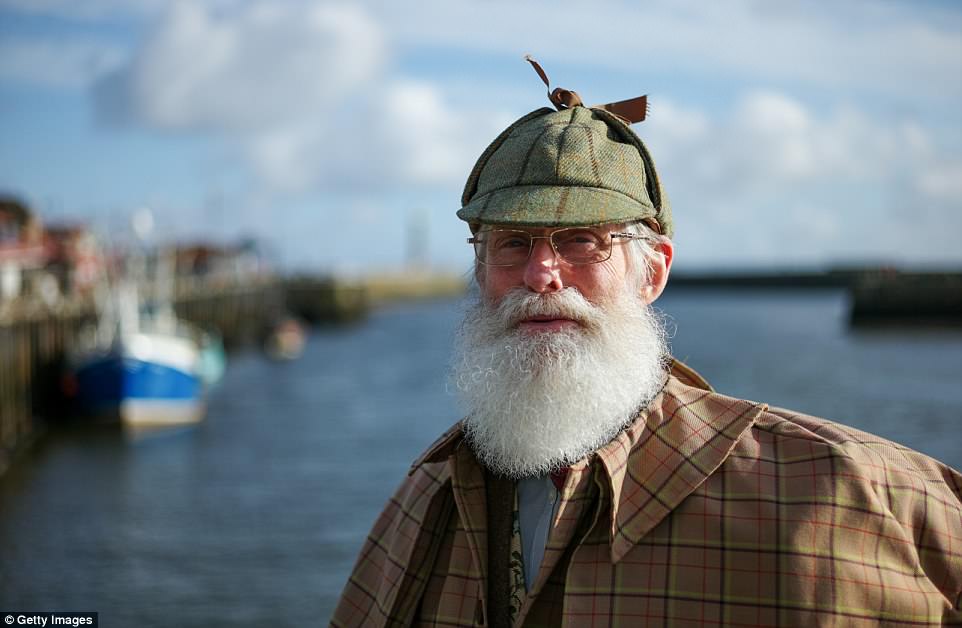 Frank Spence from Reading dresses as a 19 Century explorer, wearing a tartan flat cap and tartan raincoat as he poses for the camera 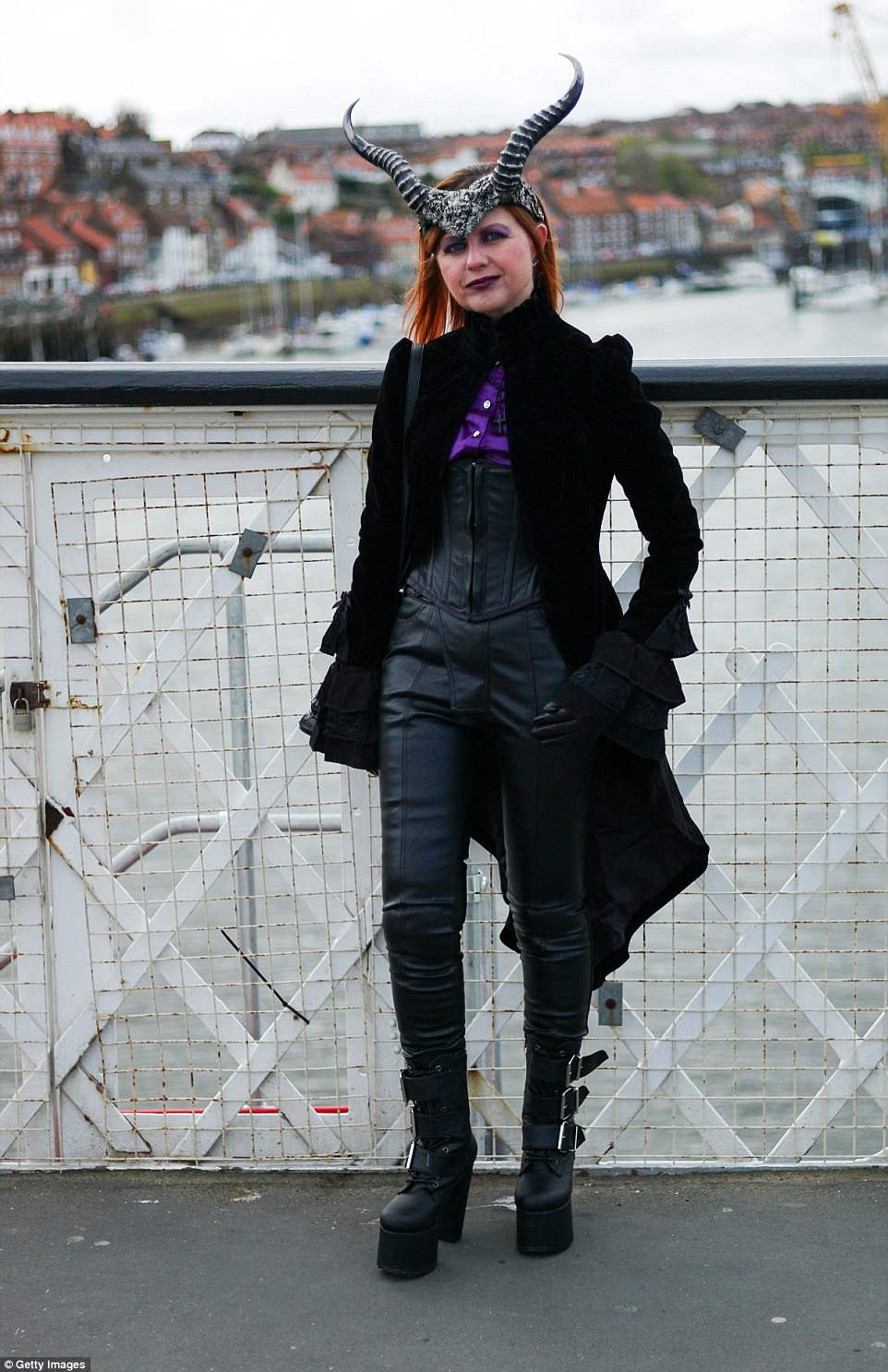 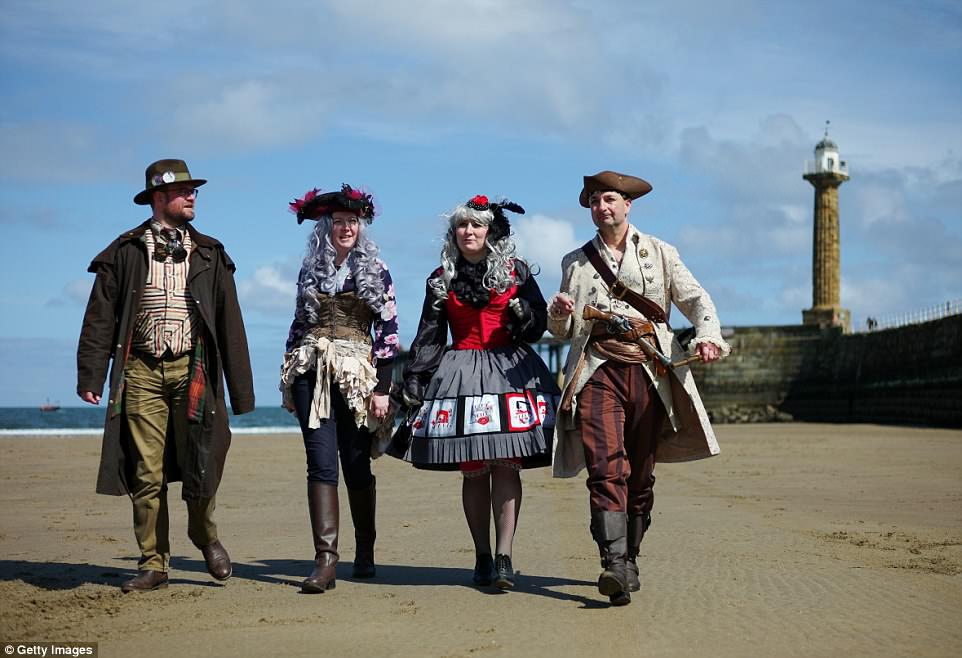 L-R: Phil Robinson, Sarah Jenkins, Baiba Robinson and Craig Jenkins dress in a Steampunk style as they walk along the beach 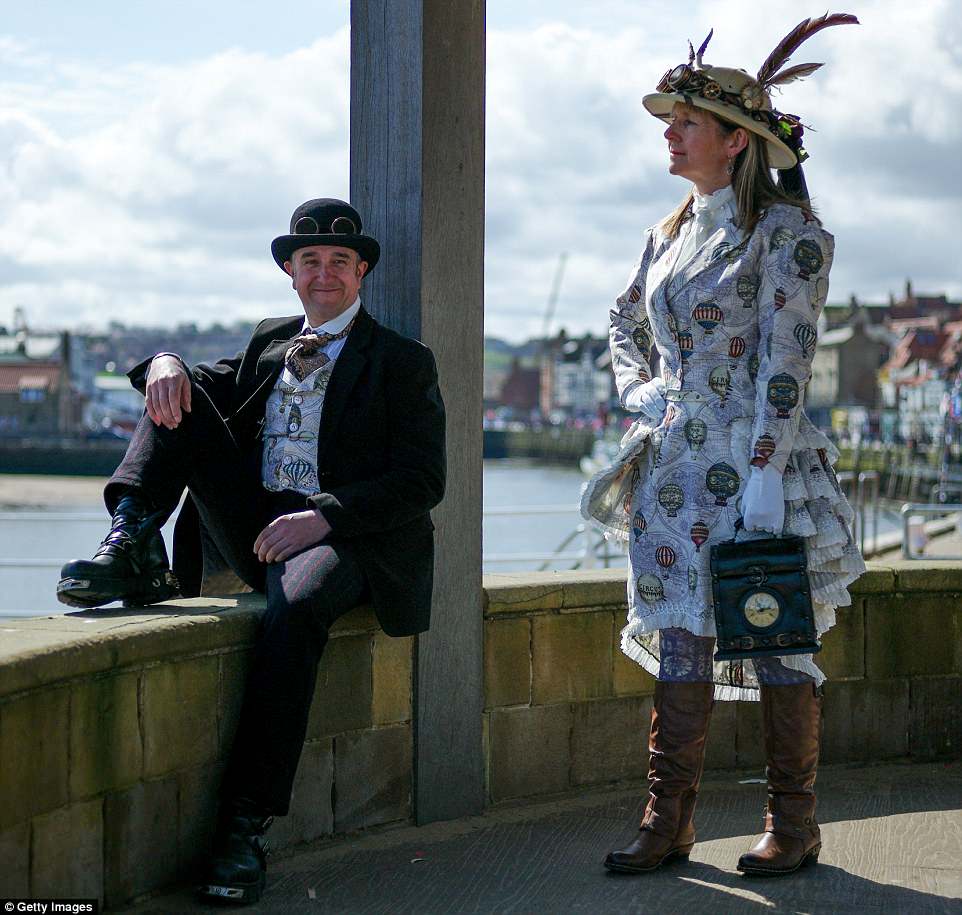 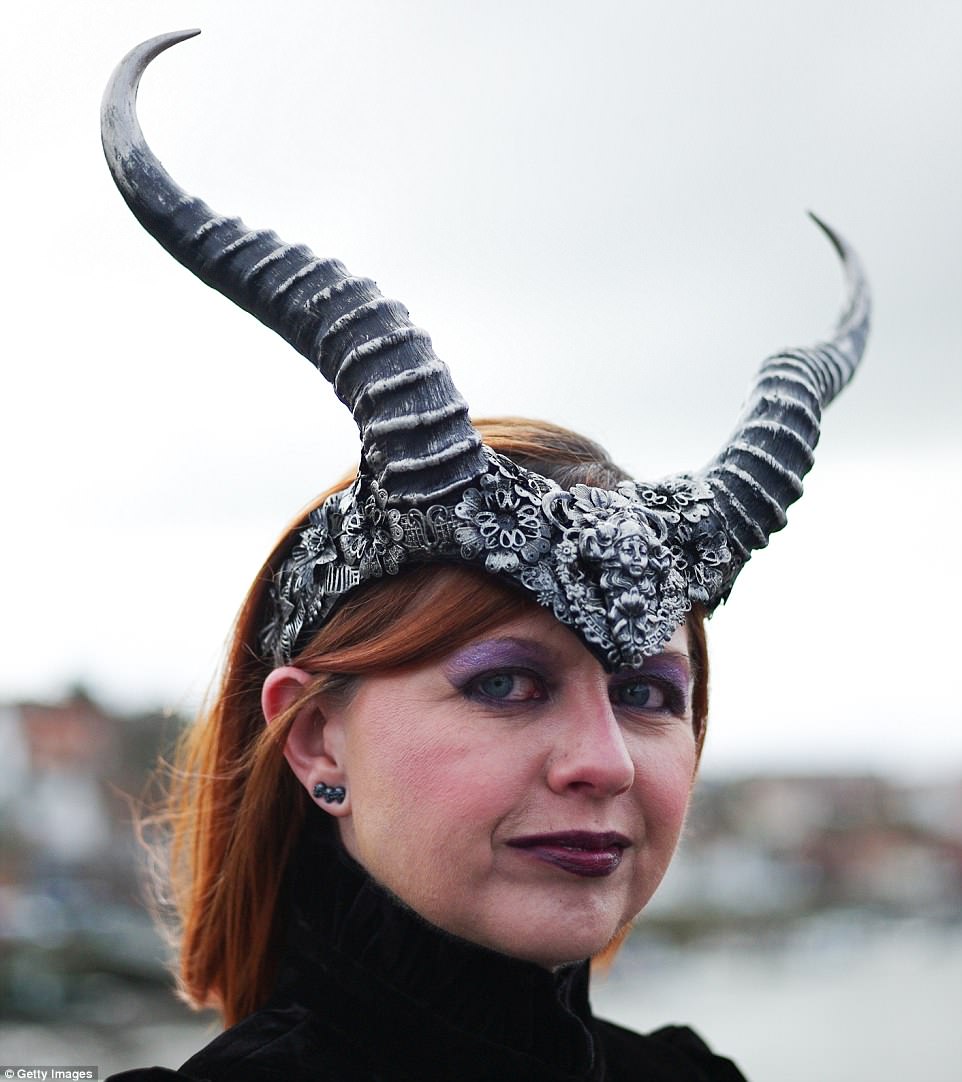 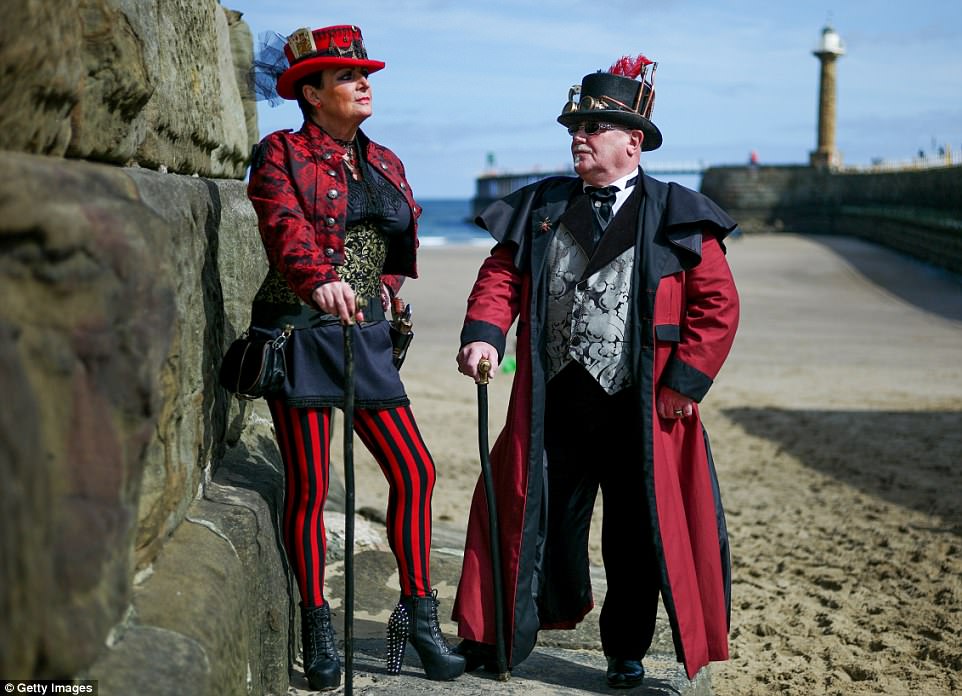 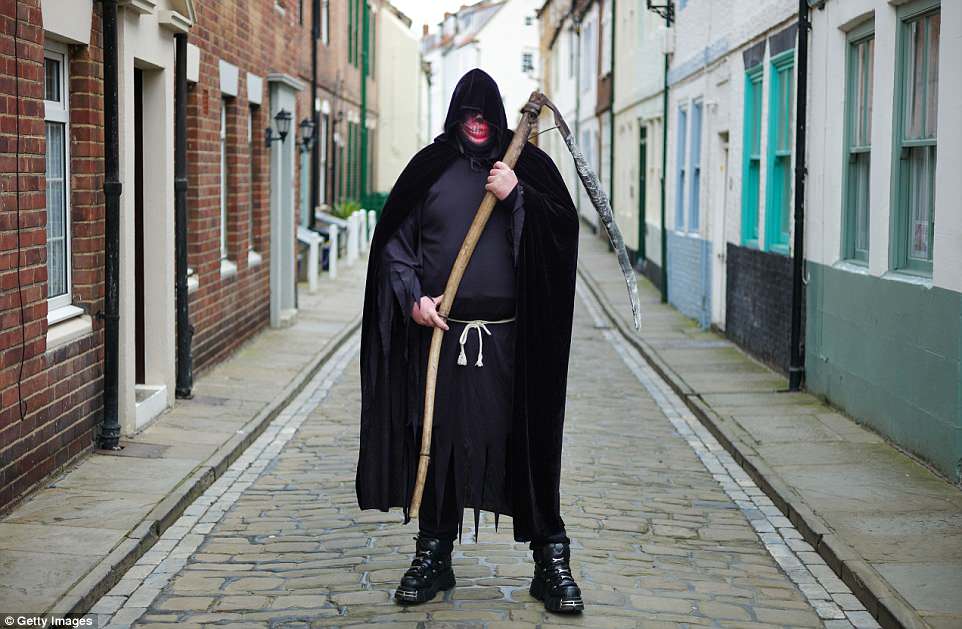 Gavin Woodward from Newcastle paints a macabre figure as he dresses as the Grim Reaper, complete with scythe and cape 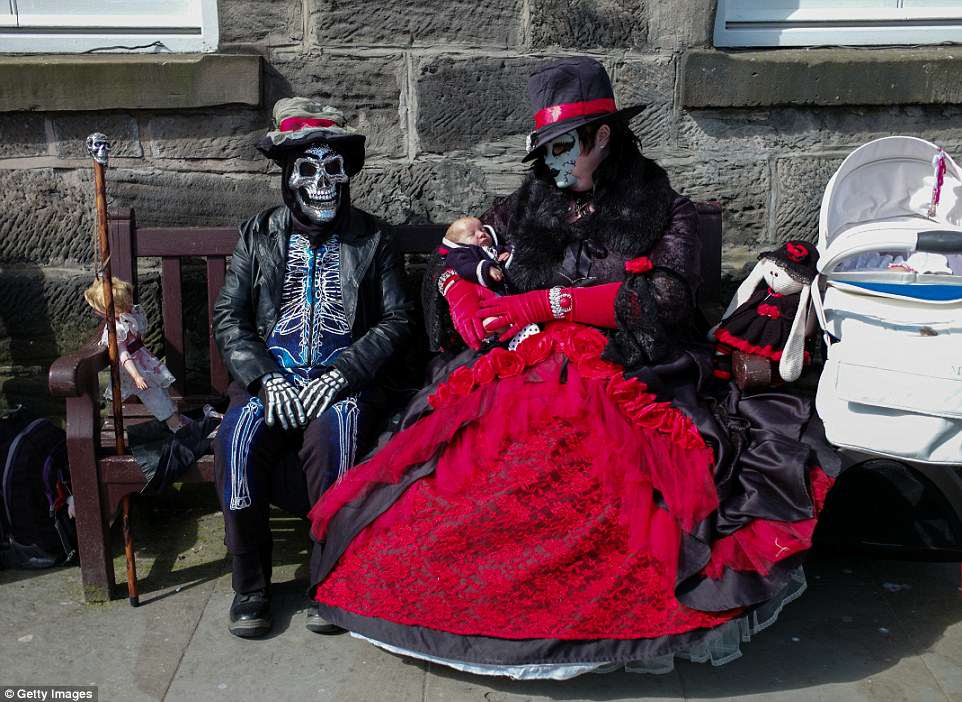